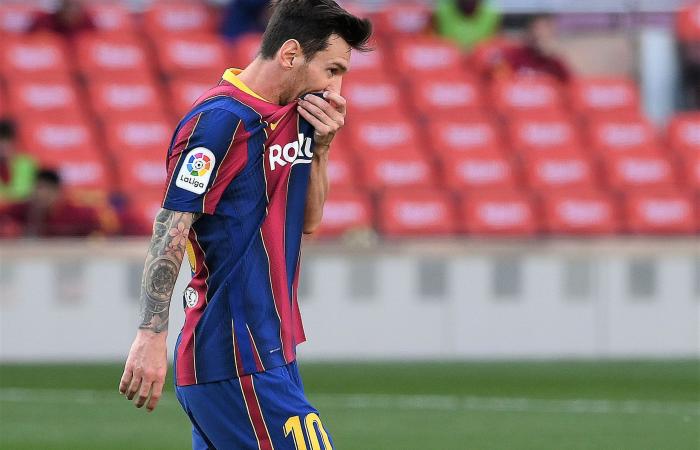 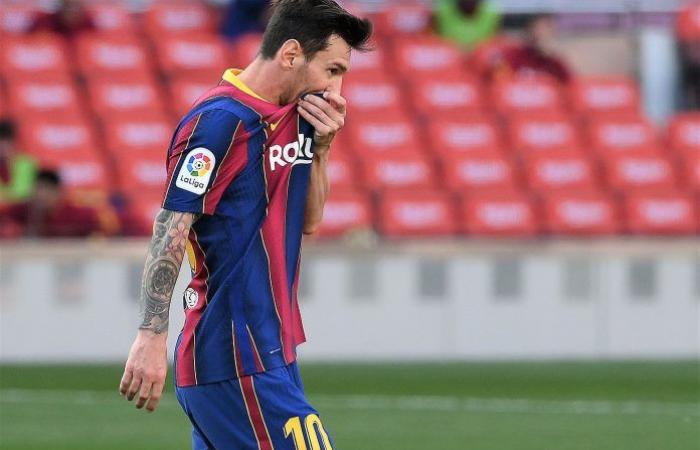 Thursday, July 16, 2020. Roberto Torres Morales scores for the enthusiastic Osasuna, who has one man short, in the fourth minute of added time. Barcelona loses 2-1 at the Camp Nou with 10th, which is 30 points apart, and Real Madrid obtains the League on that date 37 by defeating Villarreal, also 2-1. The team led by Zinédine Zidane is consecrated in the final stretch, in the return of football in the midst of the pandemic.

The Camp Nou is almost deserted, like yesterday, due to health protocol issues. Lionel Messi, the captain, comes out right to speak on TV, at the edge of the playing field. “If we continue like this, the game with Napoli will also be lost”, he shot with respect to the imminent rematch for the knockout stages of the Champions League (1-1 in the first leg at San Paolo). A public ultimatum dedicated to the then coach Quique Setién, With whom he never got along and whose appointment to replace Ernesto Valverde marked another point of distancing in his terrible relationship with the questioned president, Josep María Bartomeu.

Saturday, October 24, 2020. Barcelona falls back into a Camp Nou that is still desolate before the outbreak of the disastrous pandemic. He does not lose a championship because the League in fact is just passing through its first dates, but it is a new cycle and the slap is hit by nothing less than the last champion, the one who just snatched the title of attack: Real Madrid.

Again Lionel Messi as captain. The reference of the club, the crack, the best paid player, the eternal Pichichi, the one who sells the most shirts and generates the largest number of personal advertising contracts; the idol of boys, teenagers, mature and passionate seniors. The one with the widest shoulders, like none in the club, even more than the president himself. Who better than him to show his face, complain about the VAR if he understood it indispensable as the coach Ronald Koeman and tell the fans about your feelings? Even say what he thinks about the penalty that Casemiro committed and that the VAR himself did not propose to review the referee as he did with Lenglet’s shirt to Sergio Ramos.

But no. It’s not time (yet) to take a toll on the brand new DT Koeman. Although the circumstance, the context, warranted reflection. Clearly. But who speaks on the playing field is Sergiño Dest (good game), which was presented on October 1, coming from Ajax. Mixed nationality (American father, Dutch mother), 19 years old and debutant in the derby. Dest speaks English for Spanish TV, too. Later, heavier names would appear on the scene before the media: Sergi Busquets and Koeman. Neither Messi nor Piqué.

A captain is not only carrying the tape to go to the draw or protesting to the referee: also taking charge, even without being guilty of anything. They are details, they are gestures, it is to show a newcomer like Dest that in one of the best clubs in the world there are leaders who show their faces even if the circumstance is not pleasant. Is to have greatness too and not just show up on camera for interest or with “tiracentros” complacent that distort reality and confuse even the cracks themselves.

*The article has been translated based on the content of Source link by https://www.lanacion.com.ar/deportes/futbol/lionel-messi-ser-capitan-no-es-solo-nid2488672
. If there is any problem regarding the content, copyright, please leave a report below the article. We will try to process as quickly as possible to protect the rights of the author. Thank you very much!

These were the details of the news Lionel Messi: being captain is not only going to the draw... for this day. We hope that we have succeeded by giving you the full details and information. To follow all our news, you can subscribe to the alerts system or to one of our different systems to provide you with all that is new.