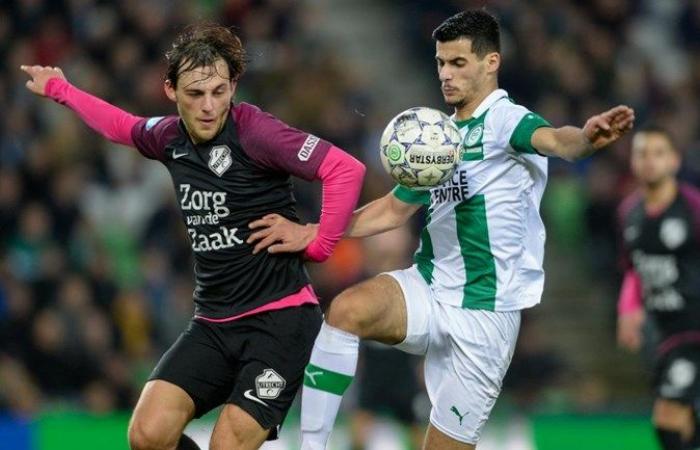 The news of this week were the four corona infections at FC Groningen. Due to the international match period – the players and staff had the weekend off – an extra test round was added. Reserve keeper Jan de Boer, assistant trainer Adrie Poldervaart, main performance Wouter Frencken and club doctor Reinoud Brouwer were all tested positive. Yesterday it took until late in the evening for the new test results to arrive. To the relief of everyone at FC Groningen, all tests were negative.

For the first time this season, FC Groningen trainer Danny Buijs had a fully fit selection at his disposal. The coach saw Arjen Robben, Gabriel Gudmundsson and Sam Schreck join the group training. In all likelihood, they are also in the selection and will be able to make minutes this afternoon.

Robben made a fit impression during the training last week and showed beautiful things from time to time. The FC Groningen superstar will be keen to show the whole of the Netherlands that his comeback in the premier division is not limited to 28 minutes of football.

Two weeks ago FC Groningen surprisingly won 1-0 against Ajax. As a result, the Pride of the North has an excellent start to the competition on paper. With six points from four games, FC Groningen is in the middle of the league, and that is exactly where the club wants to end at the end of the season.

Yet there are currently still many question marks about the FC. Especially when it comes to all acquisitions, because the question is how they will do it. Patrick Joosten came in injured and is still unable to play a full game. Allessio da Cruz only trained for a full week and is also not able to complete the ninety minutes, although Danny Buijs has a good impression of the attacker.

FC Utrecht played a match less than FC Groningen and is currently one place under the team of Danny Buijs in the ranking. The Domstedelingen got five points from three games.

Two players with an FC Groningen past play at FC Utrecht. Django Warmerdam made the transfer-free transfer last summer and Mimoun Mahi returned to the Netherlands after a year of Switzerland. The Moroccan attacker is not present this afternoon due to an injury. Warmerdam will most likely take action. Mahi is not the only player to be injured at FC Utrecht. Adrián Dalmau has to score goals, but more often than not, he is not fit. Routine Willem Janssen will also have to follow the game at home due to an injury.

What should we pay attention to?

FC Groningen was able to lean back against Ajax, defend and occasionally become dangerous through the counter. Against FC Utrecht, the Pride of the North will want to show a bit more at the ball. That will most likely happen with the same eleven players who won the victory against Ajax. At least at the start of the match, because because Robben and Gudmundsson are fit, Buijs has more options to bring in offensively. Da Cruz is also able to make his first minutes this afternoon.

Daniel van Kaam has therefore once again played an important role in midfield. The young midfielder has to provide the attacking players with balls and he is, as is often the case, the pivot between defense and attack.

FC Groningen and FC Utrecht played against each other 41 times before in the premier league in Groningen. FC Groningen won 18 times, FC Utrecht won fourteen times and 9 times it ended in a draw.

The match can be followed live on Sunday afternoon via Radio Noord and the RTV Noord website. FC Groningen – FC Utrecht starts at 4.45 p.m. The broadcast of FC Groningen Live starts at 4.15 pm.

Oetse Eilander presents, Stefan Bleeker reports from the stadium and Martin Drent is the analyst in the studio. The match can also be followed via a live report on the site and in the app.

FC Groningen has a fit selection.

*The article has been translated based on the content of Source link by https://www.rtvnoord.nl/nieuws/752937/Warming-up-FC-Groningen-FC-Utrecht
. If there is any problem regarding the content, copyright, please leave a report below the article. We will try to process as quickly as possible to protect the rights of the author. Thank you very much!

These were the details of the news Warming-up: FC Groningen – FC Utrecht for this day. We hope that we have succeeded by giving you the full details and information. To follow all our news, you can subscribe to the alerts system or to one of our different systems to provide you with all that is new.