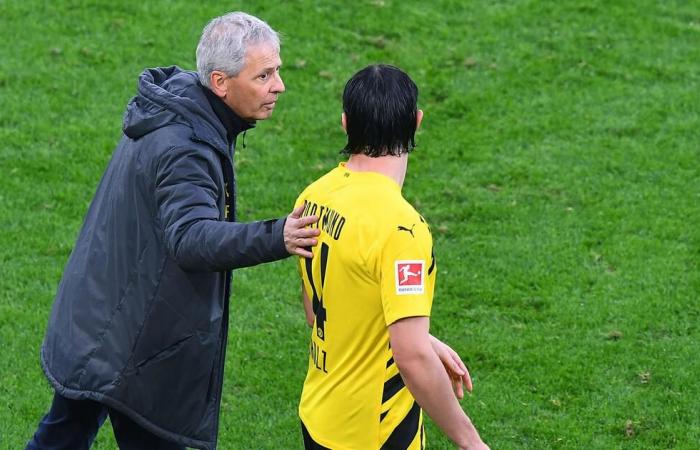 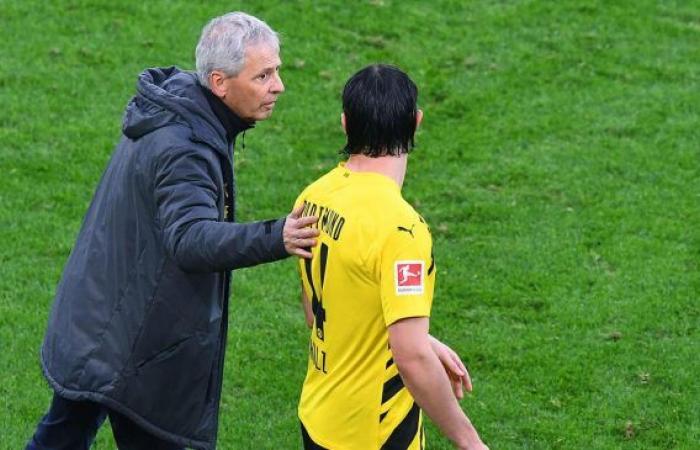 Injuries, form lows, lack of match practice – a number of problems run like a red thread through the Dortmund defense.

If Lothar Matthäus gives something of itself, it usually has a certain weight. It is not so rare that his assessments are relatively far off the mark. In May, for example, he predicted that Lucien Favre would soon be leaving and he was also happy to accuse him of making serious mistakes in coaching. You could say that the ratio of Borussia Dortmund is a bit biased towards the German record international player.

Lothar Matthäus and his BVB criticism

This relationship certainly got no better than Matthew after the 3-3 draw of the DFB-Elf against Turkey in its general settlement Nico Schulz explicitly highlighted. This is a symbol for the bench press, who would be used under Jogi Löw in the national team, but not in their own clubs. As much as that is in the wrong style and Matthäus could certainly have made his point without highlighting individual names: Nico Schulz’s situation is indeed not an easy one.

In the summer of 2019 it looked completely different. Schulz, for proud 25 million euros came from TSG Hoffenheim, was part of the big Dortmund transfer offensive. In addition to Schulz, Julian Brandt, Thorgan Hazard and Mats Hummels were also piloted into the Ruhr area. The 27 year old was freshly baked national player, had had a good season with Hoffenheim and now seemed to be able to really take off at BVB as part of a much improved squad.

The reality looked much more sobering: under Favre he was quickly sidelined and did not appear for a minute in the Bundesliga 14 times. All the more astonishing the news that BVB recently turned down Manchester United’s offer to borrow Schulz for a year for a small fee and to take over his entire remuneration. The explanation, however, is quite obvious: BVB simply lacks real options in defense.

The BVB defense is thinly cast – both qualitatively and quantitatively

Already in the course of the squad planning one could complain that the Dortmund set up relatively thin at the back are. This applies above all to central defense, for which you only have three skilled workers – Mats Hummels, Dan-Axel Zagadou and Manuel Akanji. It happened the way it had to: Zagadou fights for one Knee injury for months to return to the field and Akanji sometimes falls with Uncertainties on. Emre Can will therefore probably be permanent with operations in the Chain of three Have to befriend, there are enough alternatives for him in defensive midfield.

On the outside the situation didn’t seem so drastic before the season: with Raphaël Guerreiro, Nico Schulz and Marcel Schmelzer on the left, and Thomas Meunier, Lukasz Piszczek, Felix Passlack and Mathieu Morey on the right, you are at least quantitatively well occupied. However, if you take a closer look, there are gaps here too. Schmelzer, a BVB veteran, plays almost no sporting role and struggles with protracted injuries. Morey is regarded as a young hope, but is far from ready to run regularly. Passlack delighted the Dortmund fans with his goal against SC Freiburg, but comes from a year-long low form. Reliable alternatives are currently only Meunier, Guerreiro and veteran Piszczek.

Well missing Schulz to top it all with one Torn hamstring, Akanji will probably also not be available on Saturday against Hoffenheim due to his corona infection. Can is allowed to play at the weekend, but is absent from the Champions League opener at Lazio next week due to a red ban from last season.

So Favre is going to be some of the next few weeks creative solutions for the defensive need to find. This also applies to the old discussion as to whether Borussia will play with their favorite back four or the three-back, which has so far been much more successful. Schulz will certainly come to work after his recovery, the thin staff cover does not allow otherwise. We can hope that he uses these opportunities to stop going to the national team as a bench press. Perhaps then Lothar Matthäus will also be appeased.

The Bundesliga starts the 2020/21 season on Friday. As every year, the clubs wear new jerseys. Here we show the new home jerseys of all 18 teams in advance.

*The article has been translated based on the content of Source link by https://web.de/magazine/sport/fussball/bundesliga/probleme-borussia-dortmund-hapert-bvb-defensive-35175102
. If there is any problem regarding the content, copyright, please leave a report below the article. We will try to process as quickly as possible to protect the rights of the author. Thank you very much!

These were the details of the news BVB and its defense: Borussia Dortmund’s problems for this day. We hope that we have succeeded by giving you the full details and information. To follow all our news, you can subscribe to the alerts system or to one of our different systems to provide you with all that is new.