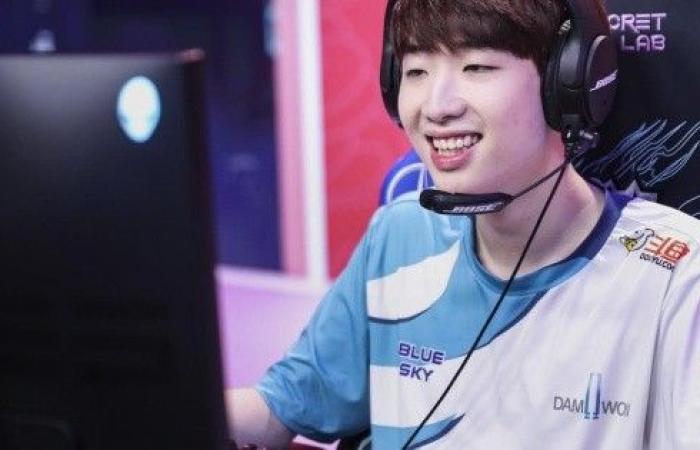 The Quarterfinals of the Worlds 2020 will open with a reissue of the LCK Summer Split final, where DAMWON Gaming beat DRX 3-0. Here again the Nuguri and Showmaker squad arrives as a favorite after winning their group. DRX had to face Top Esports and despite having lost in both games against the first seed of China, he showed that he has something to fight among the best.

What we could expect from a duel between the two best Korean teams of the season, with a leisurely style, a lot of farming and small advantages that are taken from exchanges and goal taking. In this case, DAMWON took the first advantages, and left the phase of lines between one and two thousand gold ahead.

The game was only broken in the 28th minute, with the capture of the Soul of Hell for DAMWON Gaming, after a couple of desperation errors from DRX, which ended with an instant Baron for DAMWON, who played a practically perfect game. From the bonuses, they took fights that they could not lose under any circumstances and took the first victory.

With the occasional early hunt, the game had a somewhat faster pace than the first game, DRX looked for a team fight composition but DAMWON took control of the game and forced DRX to play reactively.

DRX had its moments but couldn’t get the advantage it should in some fights, and then DAMWON’s team escalated better on the basis of hunts and isolated kills, which then gave them the advantage in teamfights and finally a fight on the lane. central, DAMWON pulled out several kills and ended the game.

DAMWON played it safe with Ornn and Orianna who were left open, while DRX tried to surprise with a composition of double magic damage with Vladimir and Vel’Koz (the first in the world), and double marksman with Senna and Graves, but despite that in the first minutes was ahead, the standard composition ended up prevailing.

Nuguri with Ornn was unstoppable and when Graves and Senna were behind, there was no one who could put him down. Likewise, Canyon began to gain an advantage with Kindred and ended with each rival player that was found and thus, progressively the game was decanting for DAMWON and DRX could not do anything to prevent it.

The Korean champion eliminated his runner-up from the Spring Split and is now waiting for the winner of the match between G2 Esports and Gen.G, a match scheduled for this Sunday, ahead of the semifinal series for a place in the Worlds 2020 final.

*The article has been translated based on the content of Source link by https://bolavip.com/gamer/DAMWON-vs-DRX-Worlds-2020-Highlights-Cuartos-de-Final-Playoffs-20201015-0010.html
. If there is any problem regarding the content, copyright, please leave a report below the article. We will try to process as quickly as possible to protect the rights of the author. Thank you very much!

These were the details of the news Worlds 2020: Highlights DAMWON vs DRX Playoffs for this day. We hope that we have succeeded by giving you the full details and information. To follow all our news, you can subscribe to the alerts system or to one of our different systems to provide you with all that is new.