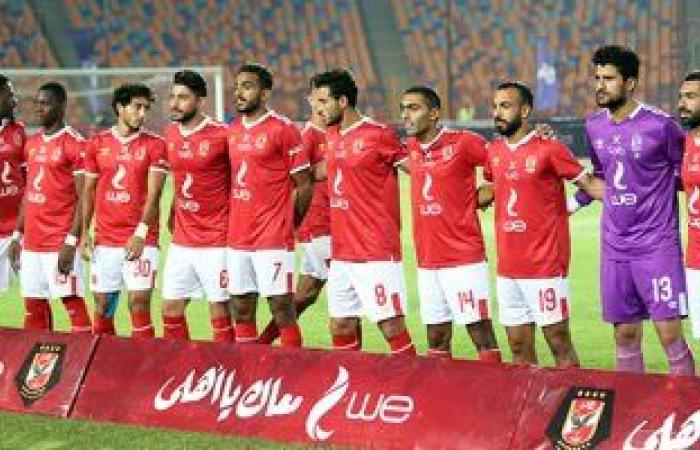 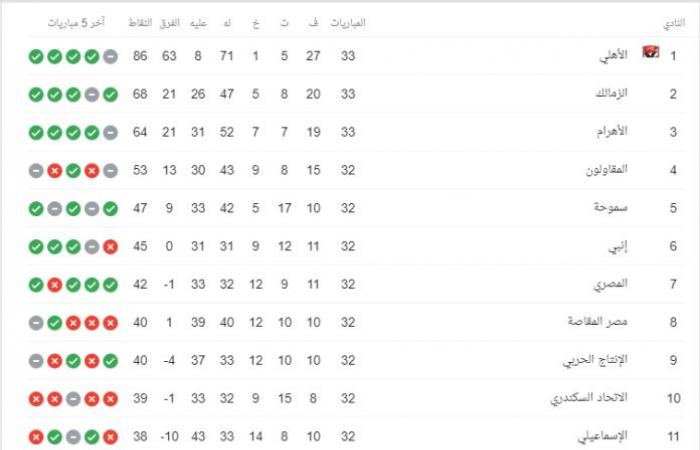 Today, Wednesday, 10/14/2020, one match was held in the 33rd round of the Premier League competition, as Wadi Degla hosted its counterpart, El Gouna, at Petrosport Stadium, in the face of an outcome after the two teams guaranteed staying among the big boys after Zamalek achieved a difficult victory over Haras El Hodoud. With two goals for a goal during the match that brought them together on Monday evening, in the penultimate round of the tournament that Al-Ahly decided in its favor recently, as Zamalek’s victory overthrew Haras al-Hodoud outside the league championship and returned it to the second section with Tanta and Club Egypt, while at the same time El Gouna and Tigris were kept in the Premier League.

El-Gouna defeated the Tigris with two unanswered goals, as Walter Bwalya scored the goal in the 68th minute, taking advantage of Hussein Zekra, the goalkeeper of the Daglawi team, and in the fourth minute of stoppage time, Nasser Nasser scored the second goal for El Gouna after a mistake from the Tigris goalkeeper again.

With this result, El Gounas score rises to 37 points, ranking thirteenth, after playing 33 matches, during which he won 10 confrontations, tied in 7 matches and lost in 16 games, while his players scored 31 goals and conceded 43 goals, while the Tigris stuck at the point 35 points in Fifteenth place, out of 33 games, after winning 8, drawing 11, losing 14, and his players scored 31 goals, and the team’s goal conceded 41 goals.

These were the details of the news The Egyptian League standings table after today’s match, Wednesday 10/14/2020 for this day. We hope that we have succeeded by giving you the full details and information. To follow all our news, you can subscribe to the alerts system or to one of our different systems to provide you with all that is new.