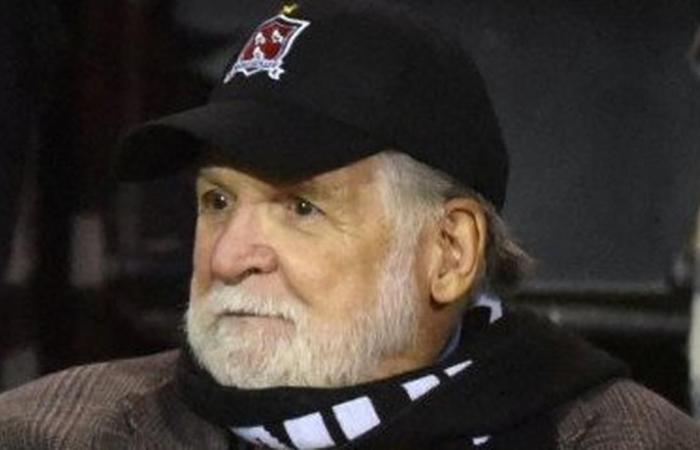 The IRFU has come across what has been criticized as “disappointing and misleading” by Bill Hulsizer, chairman of Dundalk FC, who says there is “bad blood” between the two institutions.

The American hit rugby’s governing body after learning that the Airtricity League champions would not be able to host FK Molde in the nest of the Aviva stadium on Thursday as the stadium was used by the national rugby team two days later that competes against Italy in the Six Nations.

The clash means Dundalk’s owners Peak6 are considering playing all of the club’s Europa League group stage games, including their meeting with Arsenal north of the Windsor Park border, rather than splitting them between Aviva and Tallaght Stadium, according to the Dundalk chairman that would cost the club an additional € 50,000.

The club’s home stadium in Oriel Park does not meet UEFA requirements and will ask UEFA to host the three home games against Molde, Arsenal and Rapid Wien in the home of the Northern Irish national team and Linfield.

A union spokesman said it was logistically impossible to turn the floor over in such a short amount of time and said it was “disappointing” and “misleading” to suggest otherwise.

Ireland routinely trains in the stadium on the eve of their international matches, while replacing the branding between the game and that “Captain’s Run” session on the ground would be a major logistical challenge.

“The IRFU assumes that it would have been operationally impossible for the Aviva Stadium to allow a last-minute request from Dundalk Football Club, just two days before the scheduled game between Ireland and Italy, six nations, a game in the Europa League said Stephen McNamara, IRFU communications director said.

“The exceptional employees and operations teams at Aviva Stadium were given the impossible task of repeatedly replacing the posts, cleaning all the facilities several times and preparing, painting, repairing, cutting and repainting the playing surface four times between Wednesdays. if the pre-match football training had taken place by Saturday for the pre-booked rugby match.

“The request to effectively reuse the surface four times within three days was impossible to fulfill.

“The IRFU was disappointed to have received misleading comments on this topic in the past few days.”

Hulsizer has been a heavy critic of the IRFU in recent months, reiterating his belief that the Aviva Stadium could be better used.

“It’s an underutilized stadium that loses money every year,” he told RTÉ.

“I think the IRFU says we don’t like what you said, but if it’s the truth then change it and move on.

“The FAI has not been uncooperative.

“The only mistake they made in setting the dates was assuming they had a partner in the IRFU, not an enemy, but they worked hand in hand with us to solve this problem.”

“It’s important to them too, but the only mistake they made was agreeing to us.”

Hulsizer also appeared to accuse the IRFU of hypocrisy in seeking government support while denying his club’s interest in hosting the game.

“Obviously there is bad blood that will continue because the IRFU likes to take its money from the government,” he said.

“They’re begging for money, I didn’t make that up, I saw that in the papers, so I can’t see them turning the deal down.”

Hulsizer said the club is determined to play these games in the best available space.

“We decided to pay extra for the Aviva. The Aviva costs more to rent, but the bottom line is that Tallaght costs more than the Aviva when you factor in all of the add-ons, ”he said.

“Do you really want to host Arsenal in Ireland at Tallaght Stadium and broadcast it to the world? We have one of the best stadiums in the world. Aviva Stadium is great and we try to promote Irish football, not just Dundalk, by playing there.

“The bottom line is that we have to play in two stadiums, which costs us about 50,000 euros more because the stadiums have to be prepared for UEFA and we have to pay for it at our own expense. So if we have to prepare two stages instead of one, that means. ”You have double the expense.

“Tallaght is much less ready for what UEFA needs than Aviva. Make no mistake, this is about money. If they really don’t want us and the sport in Ireland doesn’t want us, that’s fine. ”

Relations between the two sports institutions are strained after Peak6 tried to take over the FAI’s stake in Aviva Stadium.

IRFU executive director Philip Browne said in September that while the issue was discussed by the board of directors of the company that operates the stadium for the FAI and IRFU, government interest in the project meant it was not a runner .

“I think it was discussed on the Aviva Stadium board,” he said.

“There was a meeting with Peak6 and the decision of the board was that we didn’t want to pursue this any further at this point.

“I don’t think anything will happen without the blessing of the state.”

These were the details of the news The IRFU criticizes “disappointing and misleading” comments by Dundalk Chairman Hulsizer for this day. We hope that we have succeeded by giving you the full details and information. To follow all our news, you can subscribe to the alerts system or to one of our different systems to provide you with all that is new.