Al-Ahly and Pyramids … a fiery confrontation that can be divided... 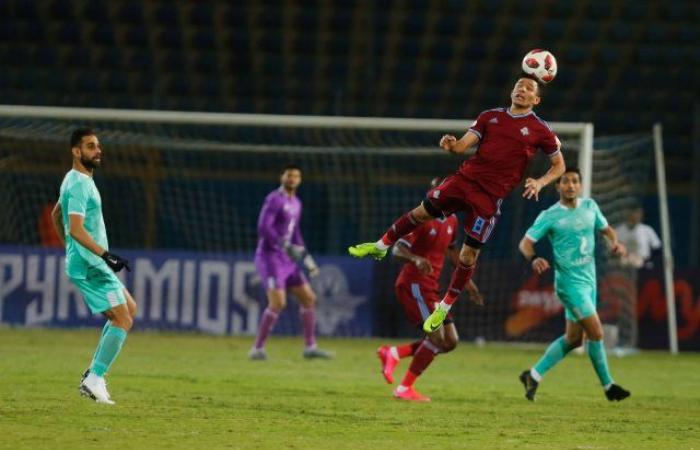 The Egyptian football street is looking towards Cairo Stadium, where the upcoming summit between Al-Ahly and Pyramids will be in the penultimate round of the league.

Al-Ahly won the league title in its favor for a long time and is in the lead with 85 points and a difference of more than twenty points from the closest pursuers, at a time when Pyramids did not lose hope in snatching second place from rival Zamalek.

As for the Pyramids, he won with great difficulty the second-class club Egypt, with a clean goal, to preserve his theoretical hopes of obtaining the runners-up, so he will enter the Al-Ahly match with all strength in order to three points that cannot be tolerated to achieve their goal of participating in the largest African championships next season.

The expected and traditional excitement in the two teams’ matches over the last two years, and this time may increase because Pyramids has recently kidnapped three Al-Ahly stars, namely Ramadan Sobhi, Ahmed Fathy and Sherif Ekrami.

The whistle at the beginning of the match is scheduled to sound at 8:00 Egyptian local time, 9:00 Saudi local time.

Al-Ahly faced Pyramids Club “formerly Al-Assiouti” with its new name after it was acquired by Turki Al-Sheikh in 4 confrontations in which Pyramids won three victories in exchange for one victory for Al-Ahly Club.

The difficulty of the match appears to be very great due to the competition between the two teams in the last two seasons of the league, as well as the repercussions that accompanied the transfer of a number of senior Al-Ahly to the ranks of Pyramids.

The match concerns another third party, and it may be the most anticipated of the match, which is Zamalek, who will be forced for the first time to encourage the traditional competitor Al-Ahly against its competitor for the league title, the Pyramids team, which makes the match a footballing summit that is divisible by three.

This is the last match for the Red Castle at the local level before heading to Morocco to face Wydad in the semi-final first leg of the tournament, the most important and biggest goal of this season, the African Champions League, which makes the importance of the match escalating for the Red Genie.

Absences are the most prominent factors of excitement, as Al-Ahly duo Mohamed El-Shennawi and Ayman Ashraf are absent, in addition to that, all options will be available to Pyramids, and Musimani is expected to rely on his usual formation through Ali Lotfi in goalkeeping with two defensive hearts led by Hamdi Fathi and in the middle of the stadium Aliu Diang, Al-Sulayyah, and in the offensive, Marwan Mohsen and Kahraba.

While Pyramids does not suffer from any absences, and the team will be full in front of Al-Ahly, it is expected that Cacic will rely on his usual formation through Mahdi Suleiman in goalkeeping, Ali Jabr and Ahmed Ayman Mansour in the heart of the defense and in the middle of the stadium led by Dunga and in the attack Abdullah Al-Saeed and John Antwi.

These were the details of the news Al-Ahly and Pyramids … a fiery confrontation that can be divided... for this day. We hope that we have succeeded by giving you the full details and information. To follow all our news, you can subscribe to the alerts system or to one of our different systems to provide you with all that is new.