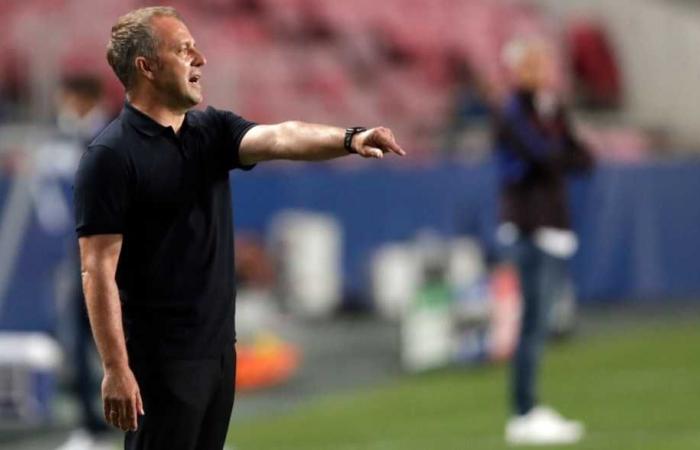 Bayern Munich coach Hans Flick refused to blame his players after falling to Hoffenheim in the German Bundesliga.

Hoffenheim managed to achieve a broad victory over the German champions Bayern Munich, 4-1, in the second round matches of the competition.

“It was easy for Hoffenheim to create opportunities in front of us in this confrontation,” Flick said in comments, most notably his club’s website.

“We were not as effective in the attack as is usual,” he added.

“I cannot blame the players. They did everything they could. I accept defeat.”

Thus, Bayern Munich has frozen at 3 points from two matches in the German League.

Bayern are preparing to face Hertha Berlin in the third round matches next week.

This is the first loss for Bayern Munich in the German league in 2020 and the first in general in various tournaments this year.

It was Bayern Munich’s last loss in 295 days.

And specifically on December 7, 2019 against Borussia Monchengladbach in the 14th round of the previous season of the German League.

These were the details of the news FilGoal | News | After Bayern fell by four... for this day. We hope that we have succeeded by giving you the full details and information. To follow all our news, you can subscribe to the alerts system or to one of our different systems to provide you with all that is new.