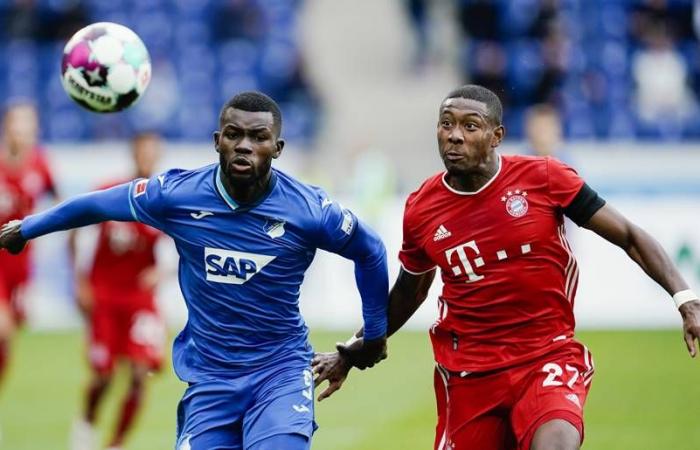 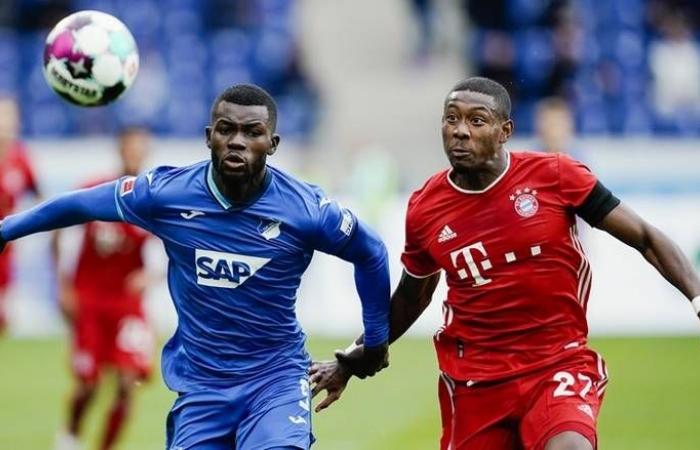 Bayern looked tired, showing the effects of being taken to extra time in the Uefa Super Cup on Thursday.

European champions Bayern Munich suffered a first defeat for 10 months when their 23-match winning run was ended by a shock 4-1 Bundesliga loss at Hoffenheim on Sunday.

Hoffenheim raced into a 2-0 lead with early goals by defender Ermin Bicakcic and striker Munas Dabbur.

The shock win left Hoffenheim top of the table while defending champions Bayern are in the unusual position of seventh after two matches.

It was the first time Bayern have lost under head coach Hansi Flick in any competition since going down 2-1 to Borussia Moenchengladbach on December 7, 2019.

"Compliments to Hoffenheim, they cut out our space and gave us few chances," said Flick, who bristled at repeated questions about his team's tired display.

"We just couldn't manage to take our chances or play with our usual intensity."

Hoffenheim coach Sebastian Hoeness is the nephew of Bayern's honorary president Uli Hoeness and left Munich's reserves in July to take over at Hoffenheim.

"We put into practise everything we had worked on, we were dominant from the beginning, managed to always be dangerous and defend well, so I am not surprised by the result," said Hoffenheim coach Hoeness.

Bayern looked tired, showing the effects of being taken to extra time in the UEFA Super Cup on Thursday before beating Sevilla 2-1 in Budapest.

"We shouldn't forget that Bayern played 120 minutes four days ago, but we put in a great performance," added Hoeness.

The loss brings to an end Bayern's run of 23 consecutive wins, a record for a club in one of Europe's five main leagues, surpassing Real Madrid's 22 straight between September and December 2014.

With Robert Lewandowski rested ahead of Wednesday's German Super Cup showdown at home to Borussia Dortmund - the chance to win a fifth title in 2020 - his 19-year-old understudy Joshua Zirkzee struggled to spark Bayern's attack.

"We will tick off this match and focus on what we can do better on Wednesday," added Flick.

Hoffenheim took full advantage of Munich's lethargy with Bicakcic giving them the lead on 16 minutes when he out-leapt Corentin Tolisso at a corner and headed past Manuel Neuer.

The hosts doubled their lead when Bayern defender Benjamin Pavard tried to snuff out a counter-attack, but his pass rolled into the path of Israeli striker Dabbur, who held his nerve to chip the ball over Neuer on 24 minutes.

It was the first time Bayern have been two goals down since they lost 5-1 at Eintracht Frankfurt in November 2019, a defeat which cost Flick's predecessor Niko Kovac his job.

Kimmich gave Bayern a lifeline with shot from the edge of the area on 36 minutes, but Hoffenheim could have been 3-1 up at half-time as Kramaric clipped the crossbar before the half-time whistle.

Flick responded by beefing up his side by bringing on Lewandowski and central midfielder Leon Goretzka for Zirkzee and Pavard on 57 minutes, but to no avail.

Kramaric made sure of the win when he finished a counter-attack with a stunning strike on 77 minutes and slotted the resulting penalty in added time when Neuer brought down replacement forward Ihlas Bebou in the area.

Freiburg are fifth in the table, two places above Bayern, after their 1-1 draw at home to Wolfsburg as Nils Petersen's early goal for the hosts was cancelled out by an equaliser from Wolves' Croatia midfielder Josip Brekalo.

Schalke sacked head coach David Wagner on Sunday morning in the wake of their 3-1 defeat at home to Werder Bremen, which left them winless in their last 18 league games.

These were the details of the news Bayern's 23-match winning streak ends with Hoffenheim thumping for this day. We hope that we have succeeded by giving you the full details and information. To follow all our news, you can subscribe to the alerts system or to one of our different systems to provide you with all that is new.