Back to the 70s as Liverpool face Leeds in PL opener 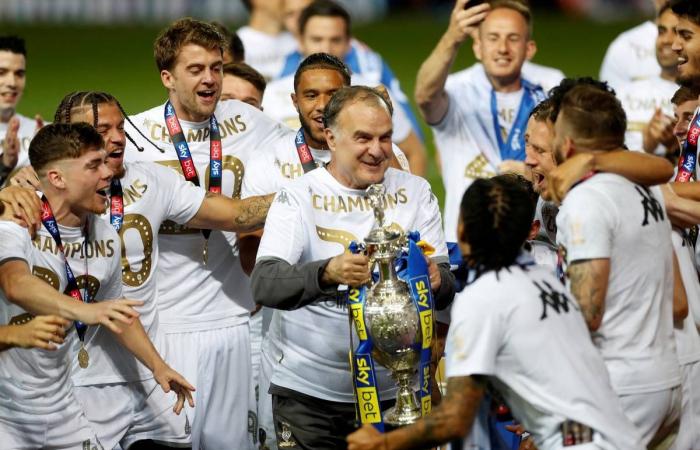 Leeds United have waited 16 long years to return to the Premier League and Marcelo Bielsa's side will get a very clear reminder of what they are now up against when they face champions Liverpool at Anfield in Saturday's season opener.
Juergen Klopp's side dominated the Premier League last season, winning their first domestic league title for 30 years by a massive 18-point margin from Manchester City.

Leeds won the second-tier Championship by 10 points to secure their long-awaited promotion and are entering the top flight on a high, though it is a pity that their fans will still not be able to support their team in person.
While the Yorkshire club have work to do to reestablish themselves in the Premier League, the fixture brings back memories of great clashes between the clubs in the early 1970s when they were among the top teams in the country.

That period included a memorable Charity Shield game in 1974 when Kevin Keegan and Billy Bremner were sent off after punches were thrown at Wembley.
Pressing rather than punching is likely to be the order of the day on Saturday and it will be fascinating to see Leeds, with their new Spanish striker Rodrigo, play their high-energy approach against Klopp's similarly relentlessly attack.

Analysis by data company Gracenote reveals that this season's competition will contain the highest number of former league champions for 51 years.
Fifteen clubs in this season's Premier League have been English top-flight champions in their history. This is the most former winners to compete in an English top-flight season since the same number did so in the 1969-70 campaign.

Two of those former champions, Tottenham Hotspur and Everton, meet on Sunday in North London in a match which pits Jose Mourinho against Carlo Ancelotti.
Spurs are searching for the consistency they so lacked last season while Everton have strengthened impressively in the transfer market with James Rodriguez, Brazilian Allan and Abdoulaye Doucoure transforming their midfield.

Chelsea, fourth last season, have been the busiest of all in the transfer market and several of their new faces are set to make their debuts in Monday night's game at Brighton.
Manchester City and Manchester United, second and third last term, both have bye weeks after being involved in European competition in August.

These were the details of the news Back to the 70s as Liverpool face Leeds in PL opener for this day. We hope that we have succeeded by giving you the full details and information. To follow all our news, you can subscribe to the alerts system or to one of our different systems to provide you with all that is new.