The last 10 international matches between Germany and Spain – in pictures 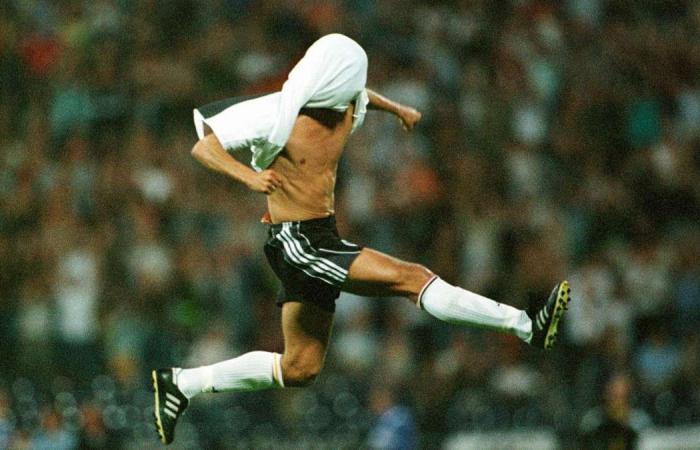 Hind Al Soulia - Riyadh - October 15, 1986 - West Germany 2 (Waas 61', Rahn 70') Spain 2 (Butragueno 45', Goikoetxea 78'): Just four months earlier, Franz Beckenbauer's side had been beaten by Diego Maradona's Argentina in the World Cup final in Mexico. They fell behind in this friendly fixture played in front of 50,000 fans in Hannover when Spanish striker Emilio Butragueno put his team ahead on the stroke of half-time. Two goals in 10 minutes from Herbert Waas and Uwe Rahn turned the game on its head, only for defender Andoni Goikoetxea to level from the spot with 12 minutes left. Getty

June 17, 1988 - West Germany 2 (Voller 30' & 51') Spain 0: The Germans, still managed by Beckenbauer, hosted the European Championship and had drawn with Italy and beaten Denmark in their opening two fixtures. Spain had also beaten Denmark but lost to Italy to dent their hopes of qualifying for the semi-finals. Without influential midfielder Michel, West Germany captain Lothar Matthaus was able to dominate the middle of the park and he supplied a brilliant backheel after a surging run to set up Rudi Voller's second goal just after half-time. Roma striker Voller had opened the scoring in Munich after half an hour with an assist from Jurgen Klinsmann. It meant Germany topped the group ahead of Italy and Spain were out. Beckenbauer's team were beaten by eventual champions the Netherlands in the last four. Getty

June 17, 1994 - Germany 1 (Klinsmann 48') Spain 1 (Goikoetxea 14'): Only the second time the two teams had faced each other at a World Cup, this time with a unified Germany managed by Berti Vogts taking on Javier Clemente's Spain in the USA. Athletic Bilbao midfielder Jon Andoni Goikoetxea gave Spain a lucky early lead in the group stage game at Soldier Field in Chicago, after his cross from the right flew into the net via the back post. Tottenham Hotspur-bound Klinsmann levelled just after the break when his downward header evaded goalkeeper Andoni Zubizarreta. Both teams would qualify for the knockout stage but lose in the quarter-finals: Germany to Bulgaria, while Italy eliminated Spain. Action Images

February 22, 1995 - Spain 0 Germany 0: Less than a year after their last clash, the two teams met again - this time in a friendly in front of 17,000 fans in Jerez de la Frontera. Neither side could find their goalscoring touch this time as it finished all square in a scrappy game. Action Images

August 16, 2000 - Germany 4 (Scholl 24' & 51', Zickler 57' & 62') Spain 1 (Raul 70'): The biggest victory secured by either side took place in this friendly in Hannover with Voller having just taken over as manager. Bayern Munich midfielder Mehmet Scholl scored the only goal of the first half, before Spain were blown away in nine manic minutes after the break. Scholl grabbed another before his Bayern teammate Alexander Zickler scored two quickfire goals to stun Jose Antonio Camacho's side. Real Madrid's Raul grabbed a consolation. Action Images

June 29, 2008 - Germany 0 Spain 1 (Torres 33'): Spain claimed their first major title in 44 years after winning the Euro 2008 final with a deserved victory in Austria. Luis Aragones' team - that included the likes of Iker Casillas, Sergio Ramos, David Silva and Xavi - secured victory thanks to a first-half finish by Liverpool striker Fernando Torres. It would be a start of four years of domination by the Spanish who would go on to win the 2008 World Cup and Euro 2012 under manager Vicente del Bosque, who replaced veteran Aragones after this tournament.Getty

July 7, 2010 - Germany 0 Spain 1 (Puyol 73'): An all-too familiar scoreline for Germany and manager Joachim Low, this time at the 2010 World Cup semi-finals in South Africa. The unlikely match-winner was Carles Puyol, who headed home the only goal with 17 minutes remaining. In 100 appearances for his country, the Barca defender would only score three times. It was the third knockout game in a row that Spain had won 1-0 and they would go on to beat the Netherlands in their first World Cup final by the same scoreline. Getty

November 18, 2014 - Spain 0 Germany 1 (Kroos 89'): Newly crowned world champions Germany finally getting the upper hand over Spain - albeit in a friendly - at Celta Vigo's Estadio de Balaídos. Real Madrid midfielder Toni Kroos would grab the last-gasp winner after his low shot from 20 yards was fumbled into the net by substitute goalkeeper Kiko Casilla, who was making his debut. It was Spain's first home defeat under manager Vicente del Bosque who has been manager since 2008. The defeat capped a miserable year for Spain, who failed to make it out of the group stage at the World Cup in Brazil. Getty

March 23, 2018 - Germany 1 (Muller 35') Spain 1(Rodrigo 6'): An entertaining friendly just a few months ahead of the 2018 World Cup in Russia that would see Germany crash out in the group stage and Spain in the last-16. Valencia attacker Rodrigo - who has just joined Premier League side Leeds United - smashed home an early lead for Spain in Dusseldorf, after a pass from Barca midfielder Andres Iniesta. Bayern Munich's Thomas Muller curled home an equaliser 20 minutes later - his 38th international goal, none of which had came in defeats. Getty

These were the details of the news The last 10 international matches between Germany and Spain – in pictures for this day. We hope that we have succeeded by giving you the full details and information. To follow all our news, you can subscribe to the alerts system or to one of our different systems to provide you with all that is new.