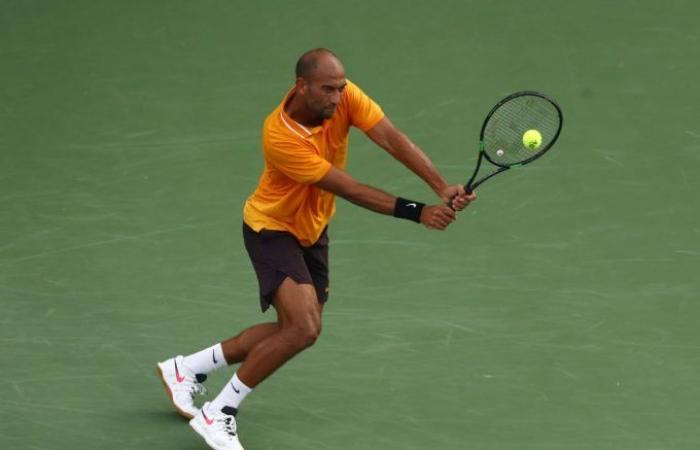 Thank you for reading the news about TENNIS: Egypt’s Mohamed Safwat exits US Open with defeat to Gilles Simon and now with the details

Egypt’s Mohamed Safwat has suffered an upset in the first round of the US Open, the final competition of the year from the four Grand Slam tournaments, after he was defeated by France’s Gilles Simon with three straight sets.

The US Open is the second tournament to be played in 2020 after the Australian Open in January, after the coronavirus pandemic has forced Roland Garros to be pushed to late September and Wimbledon to be cancelled.

Safwat participated in the tournament after the withdrawal of three players who preceded him in the classification, the thing that granted him qualification to the main draw being the first Egyptian to do so since Tarek El-Sawy in 1996.

The 29-year-old was drawn against former world no. 6 Simon in the first round. Despite showing some glimpses of brilliance, the Egyptian couldn’t withstand rivaling with the French champion to lose 6-1, 6-4 and 6-4 in three straight sets and exit the tournament.

Safwat reached the 130th place in the ATP rankings back in February of this year, which was the Egyptian’s highest-ever rank.

He also won his first challenger ATP tournament at the Launceston International in Australia earlier this year.

These were the details of the news TENNIS: Egypt’s Mohamed Safwat exits US Open with defeat to Gilles Simon for this day. We hope that we have succeeded by giving you the full details and information. To follow all our news, you can subscribe to the alerts system or to one of our different systems to provide you with all that is new.