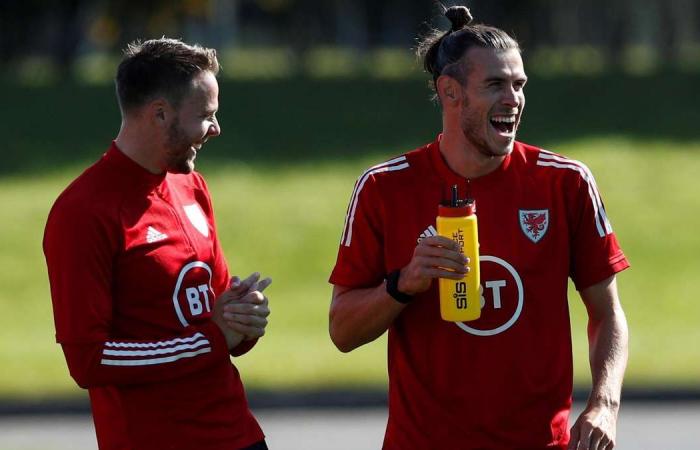 November 2013: Real Madrid v Real Valldolid – the perfect hat-trick. Bale started to realise the demands of Real Madrid fans after being criticised for his display in the Clasico defeat to Barcelona in October. He responded by going on a red-hot run of goalscoring form, which included his first Madrid treble in a 4-0 win over Valladolid. It was a perfect hat-trick, too: left foot, right foot, header. Getty

December 2015: Real Madrid v Rayo Vallecano - four-goal haul. Bale produced the most prolific performance of his Real Madrid career when he scored four goals in a 10-2 thrashing of Rayo Vallecano in La Liga. Three weeks later, he scored another hat-trick in a 5-0 win over Deportivo. Getty

May 2018: Real Madrid v Liverpool - Champions League final match-winner. Bale was finding himself increasingly marginalised by Zidane and was among the substitutes for the Champions League final against Liverpool. Called off the bench with the score at 1-1, Bale scored one of the greatest goals in Champions League history with a spectacular overhead kick. He scored again to steer Madrid to a 3-1 win and their third successive European Cup. Getty

December 2018: Fifa Club World Cup - player of the tournament. After the exit of Zidane, Bale resumed a more important role under eventual successor Santiago Solari and was central to Madrid’s Club World Cup triumph in Abu Dhabi. He scored a hat-trick in the semi-final against Kashima Antlers before Madrid beat Al Ain in the final. He was named player of the tournament. Getty

February 2019: Atletico Madrid v Real Madrid - 100th goal. On February 9, 2019 Bale became just the 15th player in Real Madrid’s history to score 100 goals for the club when he struck in a 3-1 win away to city rivals Atletico. Bale has since moved on to 102 goals, placing him 14th on Madrid’s all-time list. Getty

These were the details of the news Gareth Bale enjoys some respite away from Real Madrid woes training with Wales – in pictures for this day. We hope that we have succeeded by giving you the full details and information. To follow all our news, you can subscribe to the alerts system or to one of our different systems to provide you with all that is new.

NEXT Liverpool beat Southampton 2-1, title race goes to the wire