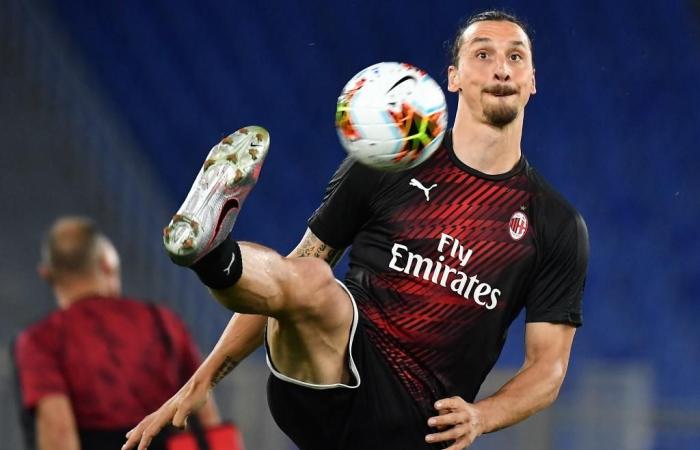 Jeddah - Yasmine El Tohamy - DUBAI: Al-Hilal are champions of the Saudi Professional League (SPL) for a record 16th time after crushing Al-Hazem 4-1 on an emotional night at King Saud University Stadium thanks to a hattrick by French goal machine Bafétimbi Gomis.

Going into the 28th round of the disrupted 2019-20 season, Al-Hilal were six points ahead of Al-Nassr, their closest challengers in second place. A win would be enough to retain the league title, but things did not start according to plan for the 2019 AFC Champions League winners.

Al-Hazem came flying out of the blocks to shock the champions-elect with a third-minute goal, Abdulrahman latching on to a through ball to loft the ball over the advancing Abdullah Al-Mayouf in Al-Hilal’s goal.

Their joy would prove very short-lived as Salem Al-Dasari scored a wonderful solo equalizer, skipping past three Al-Hazem defenders from the right wing before dispatching a fine left-foot finish past Malik Asselah.

Though Al-Hilal enjoyed the majority of possession — 70 to 30 percent by the end of the half — Al-Hazem were never overrun and gave as good as they got, and indeed had more shots than the league leaders.

However, on 36 minutes the match decisively swung the way of the home team when Italian playmaker Sebastian Giovinco was fouled by Asselah after he had already put his shot wide. It took a few minutes for VAR to confirm the decision, and Gomis made no mistake from the penalty spot.

No doubt Al-Hilal’s Romanian coach Răzvan Lucescu and his players were keeping an eye on events in Jeddah where Al-Nassr and Al-Fayha were drawing 1-1 at half time. The visitors had taken a surprise seventh-minute lead through Madagascan international Faneva Imà Andriatsima but Al-Nassr levelled the match only three minutes later through Moroccan marksman Abderrazak Hamdallah, last season’s top scorer in the SPL.

As things stood, Al-Hilal would be crowned champions with two matches left.

Things got better for the Riyadh giants when Yasser Al-Shahrani’s superb run cross was powerfully headed home by Gomis eight minutes into the second half.

Straight from the restart, Al-Hilal got their second penalty of the night when Gomis was fouled by Abdullah Al-Shammari.

The Frenchman himself converted another penalty for his third  goal of the match and 23rd of another prolific SPL season. Al-Hilal, 4-1 up, were over the hills and far away. Al-Hazem, stuck in 15th position in the table and two points from safety, now have two matches two save themselves from the drop.

The final whistle brought cheers, and many tears, for Al-Hilal’s manager, players and staff — their hard work at long last paying off in this long-delayed, and most unusual season. Their faithful fans may not have been there in the ground to share the triumph, but a message on the big screen showed they were not forgotten: “See you soon”, it simply said.

Al-Mayouf was clearly emotional as he spoke about his joy of winning the title, but also opened up about his personal setbacks.

“It was difficult with all the stoppages,” Al-Hilal’s goalkeeper said. “We had some injury problems, and that included myself. Today I can talk about it, I didn’t want to before. During the training camp after the break I couldn’t take part in any of the friendly matches. I only returned just before the (first) match against Al-Nassr. After that period I started to feel better.”

Al-Mayouf also sent out a message of congratulations to the club’s homebound fans.

“It’s not the same without the fans,” he said. “They’re always with us, pushing us. After you score a goal, you feel the joy, and the fans produce a special atmosphere. We wished they were with us, but hopefully they will be back soon.”

Al-Hilal’s veteran defender Salman Al-Faraj paid tribute to the fans as well as his own teammates and coach.

“First I’d like to congratulate the supporters,” he said. “And congratulations to this group as Asian champions and league champions. It’s an exceptional achievement by the players to win those trophies with the performances that we have put on.

“Al-Hilal is always about attacking football, about playing beautiful football, scoring goals,” he added. “What was special about our return from the coronavirus break is that we were better than before. We worked very hard on ourselves with our coach, which is why we wrapped up the title with two matches left.”

For Al-Hazem, SPL survival now hangs by a thread.

“Of course we are in a bad situation,” defender Wesam Al-Sowayed said. “Our coach wanted us to be tight at the back and play on the break. We scored that early goal but could only hold on to the lead briefly, once the equaliser came the match became more open.”

With two matches left, Al-Hazem’s fate is out of their hands as they do not face any of the teams immediately above them. At least three points will be needed, perhaps more, to stand any chance of survival.

“There’s always hope, whether one, two or five percent,” added. “We will train hard and give everything to the end. We have two important matches against Al-Shabab and Al-Wehda and hopefully we can get the points we need.”

For their part Al-Nassr had scored a 94th minute winner from a Abderrazak Hamdallah penalty, but their 2-1 win over Al-Fayha was in vain.

Earlier in the day, Al-Adalah’s relegation was confirmed after a 1-1 draw with Al-Raed who jumped to fifth place above Al-Faislay, while Damac maintained their hopes of a late escape with a 2-2 draw against Abha Club.

But the day, like the season, belonged to Al-Hilal.

These were the details of the news Ibrahimović ready to sign new contract at AC Milan for this day. We hope that we have succeeded by giving you the full details and information. To follow all our news, you can subscribe to the alerts system or to one of our different systems to provide you with all that is new.