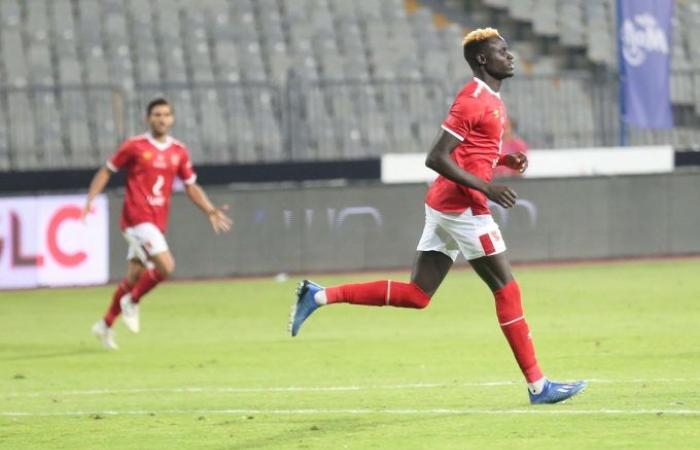 Thank you for reading the news about VIDEO: Aliou Badji scores as Al Ahly prevail over 10-man Al Masry and now with the details

Dubai - Yasmine El Tohamy - Al Ahly have defeated Al Masry 2-0 in the Egyptian Premier League’s 23rd round to extend their lead at the top of the league table.

The Red Devils dominated the first half of the game and scored twice but both goals were ruled out by VAR.

Aliou Badji tapped in the ball from Ahmed El-Sheikh’s cross but Al Ahly were denied the early lead for an initial foul by Marwan Mohsen.

The Senegalese forward had another goal ruled out in 24th minute of the game as his sublime strike was assisted by Marwan Mohsen, whose right foot was offside.

The record champions were handed a boost as Al Masry were reduced to ten men right before the half-time whistle.

Ahmed Yasser was initially booked for dissent before receiving a second yellow card for a tough challenge on Al Ahly’s Mohamed Magdy Afsha.

Despite the first-half controversy, Al Ahly broke the deadlock right after the break as Mohamed Hany’s perfect cutback found a free Aliou Badji inside the box who tapped home the opening goal.

In the 54th minute, Badji was on the scene again when he assisted Hamdi Fathi for their second of the evening.

Badji had another glorious chance towards the end of the game to score a brace but his effort went high and off target.

Al Ahly have now extended their lead at the top of the Egyptian Premier League table to 62 points after 23 games played.

These were the details of the news VIDEO: Aliou Badji scores as Al Ahly prevail over 10-man Al Masry for this day. We hope that we have succeeded by giving you the full details and information. To follow all our news, you can subscribe to the alerts system or to one of our different systems to provide you with all that is new.