Ranked: Leroy Sane to Bayern Munich, Timo Werner to Chelsea - the most exciting transfers of the summer 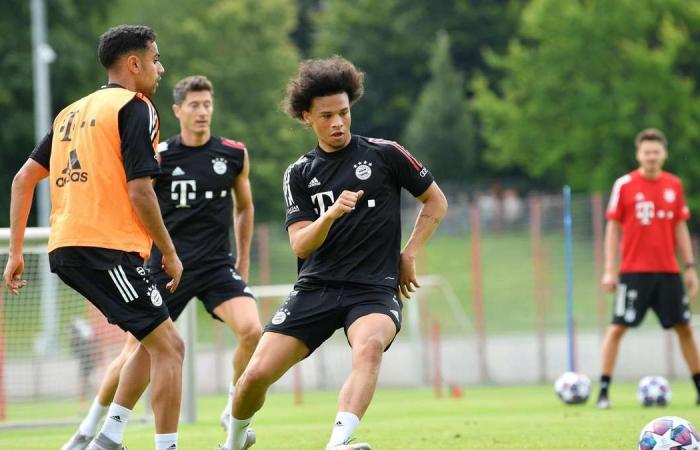 Thank you for your reading and interest in the news Ranked: Leroy Sane to Bayern Munich, Timo Werner to Chelsea - the most exciting transfers of the summer and now with details

Hind Al Soulia - Riyadh - Leroy Sane was tearing up the Premier League for Manchester City before a serious knee injury set him back. It came as a surprise to see him move on to Bayern Munich for an initial £44.7m, but he should make the Champions League winners even better. Getty Images for FC Bayern

A lot of money for a 17-year-old playing in England's second tier, but a lot is expected of Jude Bellingham after he joined Dortmund from Birmingham City for £30m. Dortmund will be hoping his star will rise in the same way that it has done for Jadon Sancho who also moved from English football. Getty Images

Manchester City have little trouble scoring goals, but the one area they needed to strengthen was defence after their disappointment in both the Premier League and Champions League. Nathan Ake was seen as the pick of the ball-playing centre-backs available, joining from relegated Bournemouth for £40m. PA

Willian has still got it - as nine Premier League goals and seven assists for Chelsea in 2019-20 showed. At 32, he isn't really a signing for the future though. Still, if he supplies numerous chances for the likes of Pierre-Emerick Aubameyang then his free transfer (with huge wages) will look like decent business. Action Images via Reuters

Hakim Ziyech showed he could handle the big stage during Ajax's Champions League run during the 2018/19 season. Now is his chance to impress in the Premier League having joined Chelsea for £33.3m. Chelsea FC via Getty Images

Striker Victor Osimhen has moved from Lille OSC to Napoli in Serie A in a deal which reportedly makes him the most expensive African player ever at around 81m euros. He scored 18 goals last season. Getty Images

Winger Ferran Torrres has joined Manchester City from Valencia for £21m as part of their rebuilding for the 2020/21 season. He reportedly left the Spanish club as they wouldn't make him captain or one of their highest paid players in spite of being just 20 years old. Can he win a place ahead of the likes of Bernardo Silva and Riyad Mahrez? FC via Getty Images

A mainstay in the Juventus midfield for a few seasons, Miralem Pjanic has moved to Barcelona in a swap deal involving Arthur. Can he be the player to reinvigorate a creaking Barca team that is in need of a new spark? Getty Images

David Silva is used to success after 10 trophy-laden seasons at Manchester City. He will find it harder to come by at his new club, Real Socieded, who he has joined on a free transfer on a two-year deal. Reuters

After two seasons on loan at Borussia Dortmund from Real Madrid, Achraf Hakimi has joined Europa League finalists Inter Milan for £36m. He's regarded as one of the most promising full-backs in Europe. Getty Images

Adam Lallana was an England regular with an impressive skill set until injury struck and Liverpool signed a host of midfielders. He became a bit-part player and started just three matches in the league as Liverpool won the title. A free transfer to Brighton should allow him to play more. Action Images via Reuters

Alexis Sanchez signing permanently for Inter Milan is arguably more exciting for Manchester United fans than Inter. It frees up his massive wages after a hugely disappointing time at Old Trafford. EPA

Pierre-Emile Hojbjerg moving from Tottenham Hotspur from Southampton for £25m isn't the kind of deal to get supporters off their seats, but he could be the missing piece that takes Jose Mourinho's side from also-rans to the title race this season. As a strong, holding midfielder who can also play in defence, he's a Mourinho-type player. Getty Images

Inter Miami, co-owned by David Beckham, lost their first five MLS matches. They now have their first high-profile signing however, as Juventus' Blaise Matuidi has moved across to the States. It will be interesting to see if more big names follow. Reuters

Bournemouth goalkeeper Aaron Ramsdale has signed for Sheffield United for £18.5m. He has a tough act to follow after Dean Henderson returned to Manchester United following a stellar season. PA Photo

These were the details of the news Ranked: Leroy Sane to Bayern Munich, Timo Werner to Chelsea - the most exciting transfers of the summer for this day. We hope that we have succeeded by giving you the full details and information. To follow all our news, you can subscribe to the alerts system or to one of our different systems to provide you with all that is new.