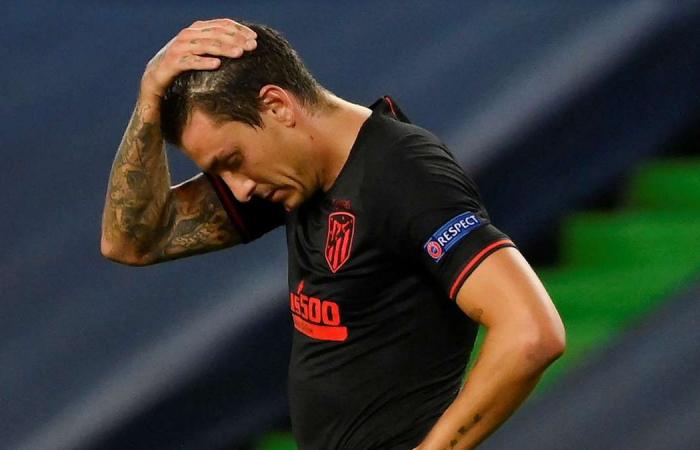 Hind Al Soulia - Riyadh - Atletico Madrid manager Diego Simeone said his team were weighed down by the pressure and intensity of a long season as they crashed out of the Champions League on Thursday following a defeat to RB Leipzig.

Leipzig will play Paris Saint-Germain in the semi-finals on Tuesday after Tyler Adams' deflected shot in the 88th minute earned them a shock 2-1 win in Lisbon.

Atletico's Joao Felix had earlier scored a penalty to cancel out Dani Olmo's opener. The loss ended a disappointing season for Atletico, who finished third in La Liga, 17 points behind Real Madrid.

"We didn't have that physical sharpness or rhythm," said Simeone.

"At the end of a season with so much pressure, so much need to get into the Champions League, and the need to integrate new players.

"We came with a lot of hope. The feeling is a lot of bitterness but I know the players gave everything. They gave it their all."

Questions will be asked about Simeone's future and his ability to turn this Atletico side into winners again, while sticking to his defensive style of play.

"I have nothing to say to anyone about what we did this season. It's a good season, third in La Liga, quarter-finalists in Champions League," Simeone said. "Next season will be tough, very tough."

Simeone admitted Leipzig were the better team and deserved to go through to the semis.

"They were better, faster," he added. "We gave everything and we leave with dignity, with an opponent who deserves their victory."

Leipzig reached the competition's last four for the first time in their club's short history. Leipzig were only formed 11 years ago and played their first ever season in Germany's top flight in 2016.

Progress to the last four also puts another feather in the cap of their coach Julian Nagelsmann, whose stock will rise even further after ousting Simeone, one of this competition's most gnarly tacticians.

"I'm perhaps one of the happiest coaches in the world," Nagelsmann said.

These were the details of the news Atletico Madrid crack under 'pressure' of long season as Leipzig seal historic win for this day. We hope that we have succeeded by giving you the full details and information. To follow all our news, you can subscribe to the alerts system or to one of our different systems to provide you with all that is new.