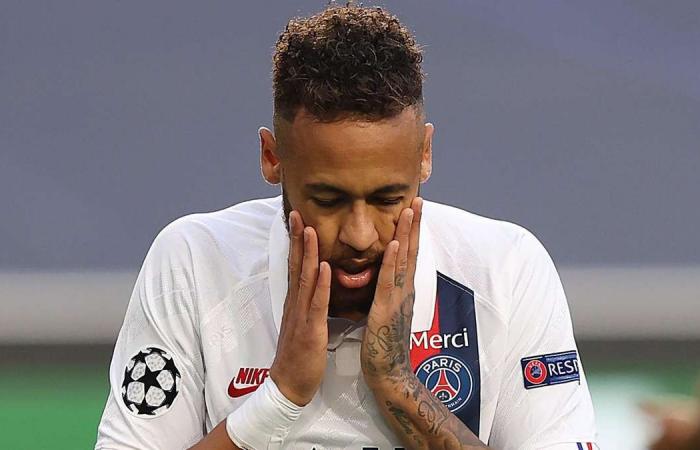 Hind Al Soulia - Riyadh - The league seasons are completed across Europe, but the Champions League rumbles on.

Neymar and co at PSG have taken the club to its first European Cup semi in 25 years after victory over Atlanta - and the signs were there earlier in the week that they were in red-hot form.

Elsewhere, transfer silly season is also upon us - just try and keep up with the latest on the Jadon Sancho situation.

They say you should train with the same appetite and quality that you show on match day.

For Neymar, the tricks and flicks are to be expected. The sight of Ander Herrera banging one in with his left peg meanwhile is a rarity.

This is a moment of pure beauty and can be watched again and again. The flick, the connection, the joyous celebration and then the satisfied walk off the pitch. Job done.

Fresh from beating Real Madrid in the Champions League, Manchester City's Aymeric Laporte has been speaking out on Twitter.

The Frenchman gave his view on a thread about who the most versatile players are, putting forward teammate Kyle Walker.

And he has a point after Walker's stint between the sticks in the Champions League earlier this season against Atalanta.

Is he going, isn't he going? Jadon Sancho is at the centre of the transfer saga of the summer.

For now, it appears the young English winger is staying in the Bundesliga - which Dortmund were keen to point out.

You can't help but feel this post was aimed directly at United.

Yes, Zlatan. We know all about your overhead kicks.

He knows how to make a splash alright.

Christian Pulisic was just 11 when this picture was taken. To his left under the mop of hair is Mason Mount. The pair of them are tearing it up in the Chelsea first team these days, although Pulisic's route has come via the US and Germany.

On the right is Tom Carlton, who plays for Herne Bay in the semi-professional Isthmian League South East Division - the eighth tier of English football. He was released by Chelsea on the same day as current England international and West Ham star Declan Rice.

More best of the week:

Lionel Messi's incredible 7% of all Barcelona goals, another Neville signs for Manchester United

These were the details of the news Neymar and Ander Herrera combine for possibly the greatest training ground goal ever - best of the week for this day. We hope that we have succeeded by giving you the full details and information. To follow all our news, you can subscribe to the alerts system or to one of our different systems to provide you with all that is new.