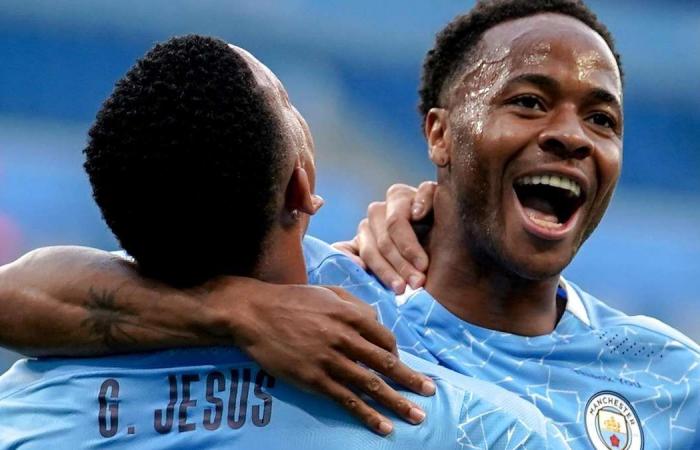 Hind Al Soulia - Riyadh - MANCHESTER CITY: Ederson – 8, Saved well in quick succession from Benzema and Hazard in the first half, and was in the right place to thwart Benzema again in the second. AFP

Kyle Walker – 8, Blazed high and wide after one eye-catching maraud upfield in the first phase, and had another shot pawed away by Courtois in the second. Excellent in defence. PA

Fernandinho – 8, Knocking on, aged 35, and out of position at centre back, yet still so reliable. Made one important block, and a variety of sound interceptions. AFP

Aymeric Laporte – 7, Allowed Benzema to wriggle away from him in the first half, but Ederson spared him. Made an important block from the same man in the second half. Reuters

Joao Cancelo – 6, Lapsed to let Rodrygo past him to set up Benzema for the leveller on the night. Will have been happy to see his opposite number go off. PA

Rodrigo – 7, The former Atletico Madrid midfielder was steady enough on the ball, but had Laporte to thank after one error might have cost City. EPA

Ilkay Gundogan – 8, Canny through-ball for De Bruyne was his high point in attack, while in defence he made a goalline block to deny Modric. AFP

Phil Foden – 7, The young Englishman was so vibrant in City’s fast start, but had to give way for Bernardo Silva in the second half. AFP

Kevin De Bruyne – 9.5, Sublime. So good, he started taking the mickey. Like when he shot from a corner and nearly scored - twice. EPA

Raheem Sterling – 8, Will rarely score an easier goal than the one that gave City an early cushion in this leg. Impeccable until he was subbed with 10 to go. Reuters

Gabriel Jesus – 9, Executed the high press to perfection when he robbed Varane for the opener, and finished brilliantly after another error by the same player later on. EPA

Substitutes: Bernardo Silva – 6, On for Foden, and could have had a goal soon after – but might have been better off passing to De Bruyne instead of shooting. Reuters

David Silva – 7, Came on for Sterling with 10 minutes left, and indulged in a personal game of keep-ball thereafter. AP

Nicolas Otamendi – NA, Made a very late appearance for Rodrigo and City set about closing out the tie. AFP

REAL MADRID: Thibault Courtois – 6, Awful with the ball at his feet. Dallying didn’t help for the opener, and was lucky not to give away another to De Bruyne, but still made some vital saves. Getty

Dani Carvajal – 6, Made one crucial last-ditch tackle on De Bruyne to keep the tie alive in the second half. Lucky not to give away a penalty for a foul on Sterling. AP

Eder Militao – 5, Although it was Varane who eventually gave the goal away, Militao was equally ponderous for City’s opener. EPA

Ferland Mendy – 6, Stuck to his task, but Sterling made him work so hard, and he was unable to affect the game in the other direction. Getty

Casemiro – 7, His brilliant tackle on Sterling gave Madrid a lifeline when the game would have been over early on. AP

Luka Modric – 6, He was needed on the ball more often in more dangerous areas. Booked for a foul on De Bruyne, who was running rings around everyone by then. Getty

Toni Kroos – 5, Looked like a shadow of his former self as he was schooled by De Bruyne in their top-billing midfield battle. EPA

Rodrygo – 7, Waltzed past Cancelo and picked a fine cross for Benzema to get Madrid back in the tie. Unlucky to be subbed on the hour for Asencio. Reuters

Karim Benzema – 8, Carried the fight when Madrid were up against it in the first half, and netted a brilliant header for the equaliser. Reuters

Substitutes: Marco Asensio – 6, Brought on for Rodyrgo, who had been one of Madrid’s two brightest attacking threats, and failed to prise an opening. AP

Federico Valverde – NA, A late replacement for Modric as Zidane threw caution to the wind at the end, but to little effect. AFP

Lucas Vazquez – NA, One of three men thrown on at once with the minutes ticking away, but inconspicuous when he was on. AFP

Luka Jovic – NA, On for Hazard, but had no discernible effect on the play. EPA

These were the details of the news Kevin De Bruyne 9.5, Gabriel Jesus 9, Raphael Varane 3: Manchester City v Real Madrid player ratings for this day. We hope that we have succeeded by giving you the full details and information. To follow all our news, you can subscribe to the alerts system or to one of our different systems to provide you with all that is new.