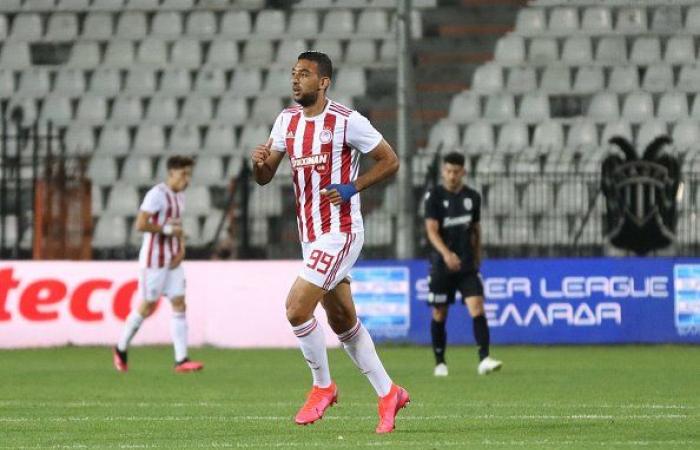 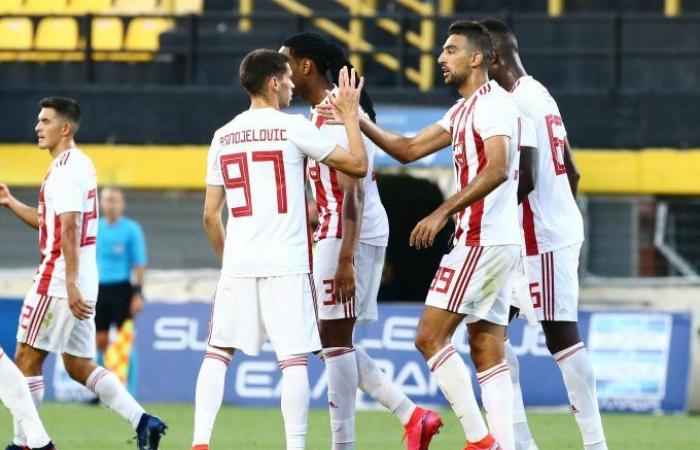 Ahmed Hassan Kouka’s Olympiacos have been knocked out of the UEFA Europa League after losing 2-1 to Premier League side Wolverhampton Wanderers 2-1 on aggregate.

Olympiacos were held to a 1-1 draw at home back in the first leg back in March and needed just a one goal margin win to secure qualification.

Just seven minutes into the game Wolves were awarded a penalty after a heavy touch from Olympiacos goalkeeper Allain caused him to run after the ball before eventually producing a sloppy tackle on Podence inside the penalty area.

Mexico International striker Raul Jimenez then managed to convert the goal from the penalty spot as he calmly put it in the bottom left corner, sending the goalkeeper the other way.

Jimenez seemed to have double the scoring in the 15th minute but his goal was ruled out after Podence fouled Allain.

In the 19th minute left-back Kostas Tsimikas nearly equalized but his powerful left footer was saved by Rui Patricio.

Then in the 28th minute the Greek giants equalized through Mady Camara but VAR ruled out the goal after Youssef El-Arabi, who produced the assist, was offside.

Ten minutes into the second-half El-Arabi found himself alone inside the penalty area but his header went wide.

Kouka then came on in the 65th minute replacing Camara. One minute later El-Arabi got yet another opportunity but his shot grazed the goalpost.

Wolves will now face Sevilla in the quarter-finals, while Shakhtar Donetsk will play against Swiss side FC Basel.

All of these games will take place in Germany as a precautionary measure due to the coronavirus pandemic.

After lifting the Greek Super League title this season, Olympiacos still have the chance to win a second title as they face AEK Athens in the Greek Cup final.

These were the details of the news Kouka’s Olympiacos exit Europa League after losing to Wolves for this day. We hope that we have succeeded by giving you the full details and information. To follow all our news, you can subscribe to the alerts system or to one of our different systems to provide you with all that is new.