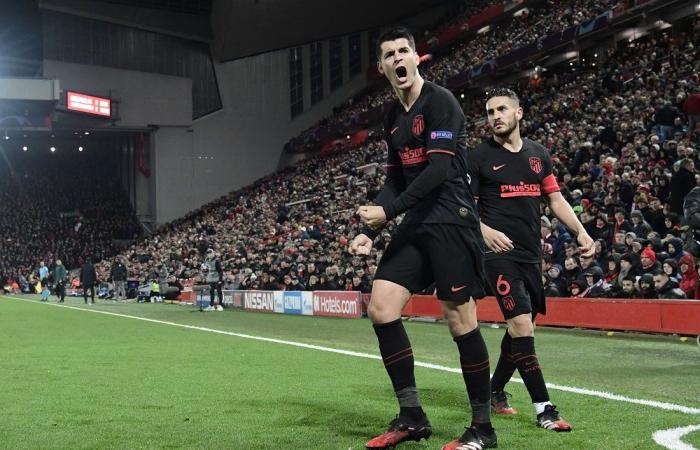 Thank you for reading the news about With the return of Champions League football, fans get summer tournament after all and now with the details

Jeddah - Yasmine El Tohamy - With the return of Champions League football, fans get summer tournament after all

DUBAI: When Alvaro Morata scored Atletico Madrid’s late, third goal on March 11 at Anfield to confirm holders Liverpool’s exit from the Champions League round of 16, the prize of the quarter-final was only weeks away. The final, scheduled to take place in Istanbul on May 30, was tantalizingly on the horizon for the teams left in the competition.

But that 3-2 win over Liverpool would be the last high-profile match Europe would see for some time. As the COVID-19 pandemic brought all sporting events, and indeed normal life, to a halt, the return of the continent’s premier club competition at times seemed like it would never happen. Nor, in truth, should it have been a priority.

But return it has. And when the Champions League resumes on Thursday, it will be in a format fans have never experienced before.

We may have lost Euro 2020 to the coronavirus pandemic, but in the end, we seem to have got our big (ish) summer football tournament after all.

It will be strange, Europe’s best club sides facing off at a time when they would usually be returning from pre-season tours of the US, Asia or Australia ahead of the start of their domestic leagues.

The sun will be shining for longer, and the games will lack the intensity usually associated with the Champions League. There will be drink breaks for the first time, and a raft of substitutions as players inevitably tire at the end of this endless season. A competition famed for its two-legged format, and away goals, will revert to one-off, knockout matches from the quarterfinal stage.

Squint and you could convince yourself you are watching a World Cup or Euro match.

Still, the competition will at least get a belated winner now. First, the four remaining round of 16 ties will conclude on Aug. 7/8 before it moves on to Lisbon for a two week football extravaganza.

After the resumption and conclusion of the Bundesliga, Premier League, Series A and La Liga, we now know what to expect from post-Covid-19 football. The novelty, or eeriness, of playing behind closed doors has now faded, and television audiences seem to have adjusted to football without fans perhaps a little too quickly for some people’s liking.

The domestic competitions in Germany, England, Italy and Spain may have finished with varying degrees of drama at the top and bottom of the table, but the Champions League should offer many more unanswered questions. As always, the likely winners of the competition remain very much a mystery, something that Bayern Munich, Liverpool, Juventus and to lesser degree Real Madrid, had ensured would not be the case in their respective leagues some time ago.

Every rescheduled Champions League match will have genuine importance riding on it.

The fact that the remaining unresolved round of 16 matches have only second legs to be completed even adds to the feel of straight up knockout competition, which is in essence what the 2019-2020 Champions League has now become.

In what must seem like a different lifetime, a rampant Manchester City beat Real Madrid 2-1 at the Bernabeu on Feb. 26, and remain odds on favorites to progress to the quarter-finals.

Yet while that night they had overcome a struggling home team in the Spanish capital, Pep Guardiola’s men will on Friday be welcoming the newly crowned La Liga champions - and Real Madrid are never more dangerous than in the latter stages of a competition they consider their birthright. With no City fans to drive their team on, a somewhat neutralized atmosphere will leave Zinedine’s Zidane believing a turnaround, all but written off five months ago, is once again a possibility.

The same night Cristiano Ronaldo and Juventus will look to overturn a 1-0 deficit when they welcome Lyon to Turin. The winner of that tie will go on to face either Manchester City or Real Madrid in the quarter-final on August 15.

On Saturday night, and in the same - clearly more difficult - half of the draw, Bayern Munich will be expected to stroll through to the last eight having already thrashed Chelsea 3-0 at Stamford Bridge, while Barcelona, despite a troubled season, should have enough to overcome Napoli at Camp Nou after a 1-1 draw in Italy. A quarter-final on August 14 awaits the winners.

It’s once the competition moves to Lisbon, from the quarter finals onwards, that the real excitement will kick in.

The round of 16 of the other, more romantic, half of the draw has already been completed and will ultimately provide if not a fairytale ending, at least a finalist that has never won the competition. On Aug. 12, the competition's Cinderella team, Atalanta, will take on Paris Saint-Germain, and the following day RB Leipzig will take on Atletico Madrid for the right to face the winner of that tie in the last four.

More likely, however, is that the Champions League know-how and pragmatism of Diego Simeone’s battle-hardened team, or the financial might of Paris St Germain will see one of them make the final in Lisbon. For the Spanish team, that should give them a shot at redemption, having lost the 2014 in the same city against local rivals Real Madrid in heartbreaking circumstances.

Sixteen days, 11 matches. And a final as late as August 23. The 2019-20 Champions League will have a summer coronation like never before.

These were the details of the news With the return of Champions League football, fans get summer tournament after all for this day. We hope that we have succeeded by giving you the full details and information. To follow all our news, you can subscribe to the alerts system or to one of our different systems to provide you with all that is new.