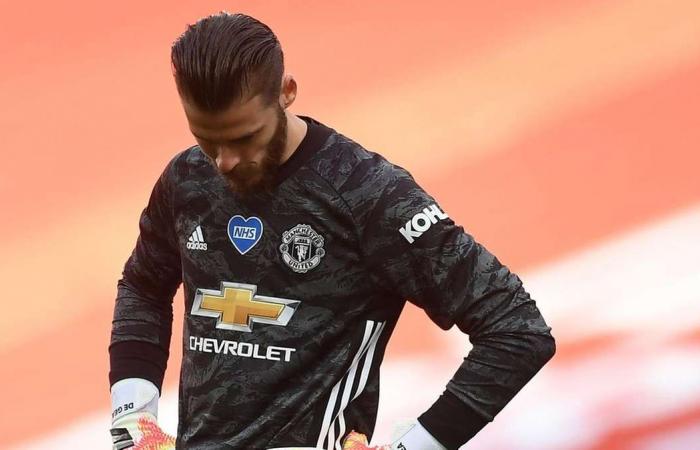 Hind Al Soulia - Riyadh - Manchester United's David de Gea should save Chelsea's second goal "100 times out of 100" according to manager Ole Gunnar Solskjaer after his errors led to a 3-1 defeat in the FA Cup semi-final.

The Spaniard was at fault for Chelsea's opener by Olivier Giroud in first-half stoppage time and then compounded that mistake by inexplicably allowing Mason Mount's shot to squirm through him and into the net early in the second half.

It continued a worrying downturn in form for De Gea but Solskjaer backed his first-choice keeper.

"I can't speak for David de Gea's confidence but he is mentally very strong," Solskjaer said. "He knows he should save that one 100 times out of 100 but that's football for you."

Second-choice Sergio Romero had been United's keeper in every round of the FA Cup so far this season, but Solskjaer opted to switch it for the Wembley clash.

"I made the decision to play him (De Gea) and mentally he was ready for it," added the Norwegian.

Solskjaer also surprisingly left Anthony Martial, Paul Pogba and Mason Greenwood on the bench and his team never really got going against a Chelsea side who could have won by more.

In defence of his team selection, Solskjaer's team face a crucial week in the Premier League as they try to nail down a top-four place and a return to the Champions League.

"There is no time to feel sorry for ourselves, we have two games this week and then the Europa League. We will get our heads ready and our legs ready and go again," he said.

"They (Pogba and Martial) have played a lot of football so it's just about freshening up the team but also about giving them the chance to make a difference when they come on."

Solskjaer had some reassuring news about their Ivorian defender Eric Bailly, who was carried off after a first-half clash of heads with teammate Harry Maguire - an incident Solskjaer said distracted his players.

"He is hopefully fine, he had a cut on his head but hopefully he will be fine," he said.

To compound United's misery Maguire scored an own goal before Bruno Fernandes converted a late consolation penalty against Chelsea, who will face Arsenal in the final.

In contrast, Frank Lampard heaped praise on Chelsea's players as they made the FA Cup Final.

"Obviously it is a great achievement for us to get there," Chelsea boss Lampard said. "To win a semi is a great thing, to win a final is the thing.

"We don't want to get too far ahead of ourselves but we can certainly enjoy the performance and the result today.

"I'm not sure where it ranks in the season. It is obviously right up there because of the size of the game and quality of the opponent.

"But we have had some good performances this season. We are progressing, we are getting better.

"There are always going to be some bumps but today was a performance of huge character, personality, work ethic, quality, so I'm very happy."

These were the details of the news Ole Gunnar Solskjaer admits David de Gea should have stopped Chelsea goal '100 times out of 100' after Manchester United defeat for this day. We hope that we have succeeded by giving you the full details and information. To follow all our news, you can subscribe to the alerts system or to one of our different systems to provide you with all that is new.