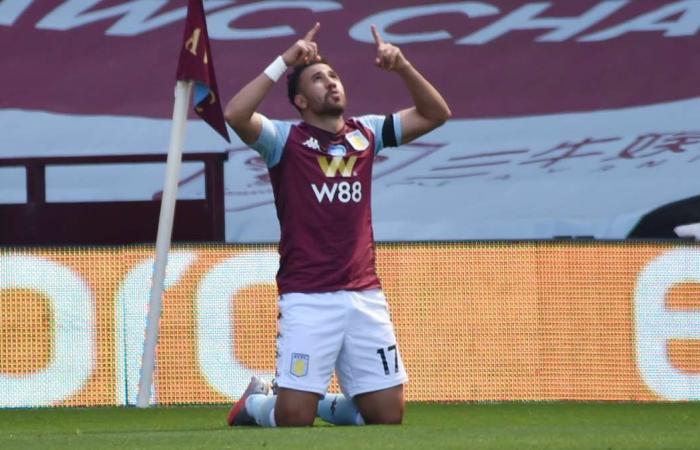 Thank you for your reading and interest in the news Trezeguet 8, Pepe Reina 7; Christian Benteke 6: Aston Villa v Crystal Palace player ratings and now with details

Ahmed El Mohamady: 7: A late replacement for Hause who picked up an injury in the warm-up. Supplied some lovely crosses from the right in the first half that Samatta and Grealish failed to convert. Getty

Ezri Konsa - 7: Good performance at centre-half after reshuffle due to Hause injury. Benteke might not be prolific in front of goal nowadays but is still a tricky opponent that Konsa outplayed. Getty

Tyrone Mings - 7: Did well alongside Konsa against a Palace attack full of pace and skill. Getty

Neil Taylor - 6: Left-back picked up an injury early in the match. Taken off after 37 minutes. Getty

Conor Hourihane - 7: His dead-balls into the opposition box had been woeful right up until first-half injury-time when his cross supplied the opening goal. Forced good stop out of Guaita with second-half free-kick. Getty

Jack Grealish - 6: Continues to frustrate. Certainly covers some ground, looks quality on the ball, some clever touches and passes but end product lacking in key areas. Theatrical fall to the ground in second half had earned Villa a penalty only for VAR to reverse the decision. Reuters

Douglas Luiz - 7: Will have been relieved that Sakho's goal was disallowed as the defender appeared to be Luiz's man. A better show from the Brazilian after looking a frustrated figure at times lately. Getty

Trezeguet - 8: Good finish at back post to put Villa in front, showed some composure to toe-poke home the second. Absolutely vital goals from the Egyptian that keep alive Villa's survival hopes. AFP

Mbwana Samatta - 5: Striker who was prolific in Belgium last season has yet to suggest he will replicate it in England. Handed gilt-edged chance to put Villa in front in first half but could only head over. Getty

Joel Ward - 6: Solid down the right for Palace. PA

Scott Dann - 7: Battled hard and was given little problem by Villa striker Samatta. Had chance to score in second half but was denied by teammate Benteke. AFP

Patrick van Aanholt - 6: Saw penalty decision going against him for alleged foul on Grealish rightly overturned by VAR. Clean through in second half only for Reina to block well. Getty

Luka Milivojevic - 5: Not the captain's day. Sloppy distribution and temper threatened to boil over with Grealish in second half. AFP

James McArthur 5: Midfielder had little influence on game. Taken off at half-time due to thigh injury. AFP

Wilfried Zaha - 6: A couple of chances hit straight at Reina and showed his usual flashes of trickery and pace. Felt hard done by when booked for fracas with Mings. Tough day for the attacker who revealed before the game that he had been the target of racist abuse on social media. Getty

Jordan Ayew - 6: Some moments of skill but little threat on goal from the attacker. Getty

Christian Benteke - 6: Forced double save out of Reina - the first being particularly good - in opening half. Headed second-half chance well over when teammate Dann was far better placed to finish. Shown red card after final whistle after tempers boiled over against his old club. Getty

Andros Townsend - (On for J Ayew 63') 7: Showed some of his quality after coming on, with some dangerous crosses. Getty

These were the details of the news Trezeguet 8, Pepe Reina 7; Christian Benteke 6: Aston Villa v Crystal Palace player ratings for this day. We hope that we have succeeded by giving you the full details and information. To follow all our news, you can subscribe to the alerts system or to one of our different systems to provide you with all that is new.