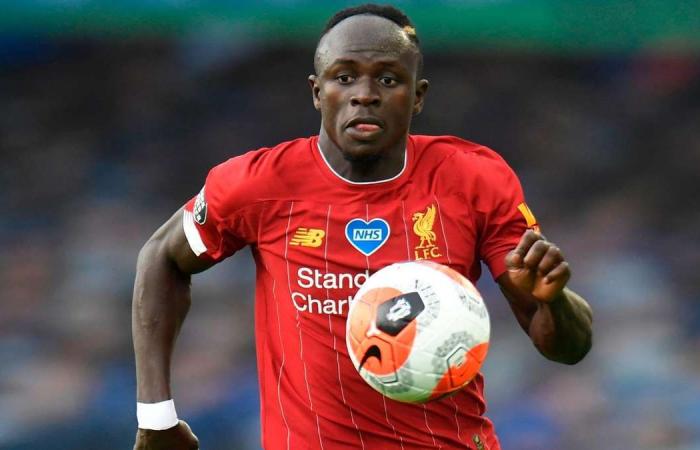 Thank you for your reading and interest in the news Premier League predictions: Spurs add to West Ham woes, Liverpool win but still no title, Arsenal crisis deepens and now with details

Hind Al Soulia - Riyadh - TUESDAY JUNE 23: Leicester City v Brighton (9pm, UAE kick-off times): The Seagulls produced a brilliant fightback to beat Arsenal at home in their return to action and seal their first win of 2020. Neal Maupay's injury-time winner gave Graham Potter's men a huge boost in their battle for top-flight survival, but they could be heading back down to earth with a bump at third-placed Leicester, who drew 1-1 at Watford in their first game back. Prediction: Leicester 3 Brighton 0. AP

Tottenham Hotspur v West Ham United (11.15pm): A second home game on the trot for Spurs, who drew 1-1 with Manchester United last Friday. Anything less than three points against struggling West Ham - who were comfortably beaten 2-0 at home by Wolves on Saturday - would be considered a failure for Jose Mouirinho's side who will be looking for Harry Kane to find his scoring touch. The Hammers have won one of their last 10 games, securing just five points from the last 30 on offer. Prediction: Tottenham 2 West Ham 1

WEDNESDAY JUNE 23: Manchester United v Sheffield United (9pm): United will be looking to improve on their opening draw which incurred the wrath of former player Roy Keane, now a pundit for Sky Sports, who was scathing in his criticism of goalkeeper David de Gea and defender Harry Maguire. Sheffield United, who had enjoyed a superb season before the enforced break, are looking to bounce back from a woeful performance and 3-0 drubbing at Newcastle. Dread to think what Keane's reaction will be if United lose to the Blades. Prediction: Manchester United 3 Sheffield United 1. PA

Newcastle United v Aston Villa (9pm): It finally happened! After a barren run of six months - 2,130 minutes on the pitch - without a goal, Newcastle's £40m (Dh171m) striker Joelinton finally found his shooting boots on Sunday. Granted he missed a sitter in the first half, but even the hapless Brazilian couldn't miss the golden opportunity provided by Miguel Almiron to make the score 3-0 against Sheffield United. Second bottom Villa - who drew 0-0 in the restart's opening game, also against the Blades, then lost at home to Chelsea - will be hoping to see first-half Joelinton at St James' Park this time round. Prediction: Newcastle 2 Aston Villa 0. PA

Norwich City v Everton (9pm): The alarm bells were ringing at deafening levels for Norwich fans after their team's awful 3-0 home defeat by Southampton on Friday. The Canaries are rock bottom and in desperate trouble, now facing an Everton side who almost ended their Merseyside derby hoodoo on Sunday when they drew 0-0 with champions-elect Liverpool at Goodison Park. Another pasting on home soil and the writing is surely on the wall for Daniel Farke's side. Prediction: Norwich 1 Everton 3. Getty

Wolverhampton Wanderers v Bournemouth (9pm): What a season striker Raul Jimenez is enjoying after his goal in the 2-0 at West Ham - his 14th of the campaign - set the record for the most goals by a Wolves player in a Premier League season. The Mexican is the spearhead in Wolves' push for a Champions League spot and will now looking to punish a struggling Bournemouth side that has failed to win a single point away from home this year. Don't expect any shocks here. Prediction: Wolves 4 Bournemouth 1. AFP

Liverpool v Crystal Palace (11.15pm): It certainly did go to script for Jurgen Klopp's table-toppers who needed a late save from goalkeeper Alisson Becker to deny Everton a shock victory in their derby draw on Sunday. So the title celebrations remain on ice and Palace will provide tricky opposition at Anfield. Roy Hodgson has steered his side into the top half of the table and easily beat Bournemouth in their return to action on Saturday. Manchester City's thrashing of Burnley on Monday means Liverpool cannot clinch the title for another game yet. Prediction: Liverpool 2 Palace 1. EPA

THURSDAY JUNE 25: Burnley v Watford (9pm): The Hornets showed they have plenty of sting left in them for the battle against relegation after rescuing a dramatic point against Leicester on Saturday, thanks to Craig Dawson's acrobatic finish. Sean Dyche's Clarets are sitting comfortably in mid-table although all does not appear well between the manager and the Burnley board over their failure to offer players new contracts. They were annihilated 5-0 at Manchester in their opening game back on Monday night. Prediction: Burnley 1 Watford 1. Reuters

Southampton v Arsenal (9pm): The Saints are on a high after their mauling of Norwich, which saw striker Danny Ings grab his 16th goal of the season. Mikel Arteta's men have not enjoyed a happy restart to the season which saw them lose to Manchester City and Brighton. Southampton could be about to add to their woes. Prediction: Southampton 1 Arsenal 0. AFP

Chelsea v Manchester City (11.15pm): And we save the best until last in this round of matches. Frank Lampard's men moved a step closer to securing a top-four berth when they came back from a goal down to beat Aston Villa, courtesy of quickfire goals from Christian Pulisic and Olivier Giroud. Pep Guardiola's City started their return by blitzing Arsenal 3-0 at the Etihad, then battering Burnley 5-0 on Monday, despite making eight changes to their starting line-up. Prediction: Chelsea 2 Manchester City 2. EPA

These were the details of the news Premier League predictions: Spurs add to West Ham woes, Liverpool win but still no title, Arsenal crisis deepens for this day. We hope that we have succeeded by giving you the full details and information. To follow all our news, you can subscribe to the alerts system or to one of our different systems to provide you with all that is new.