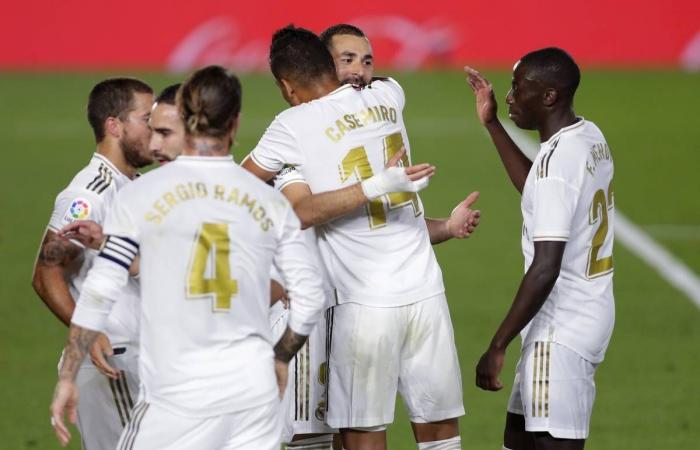 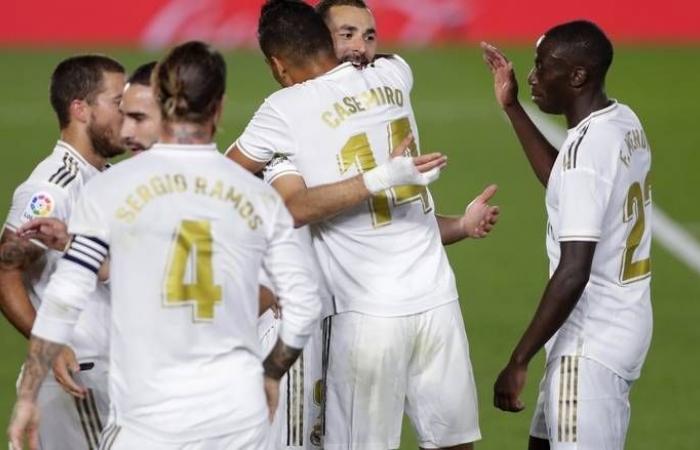 Real Madrid took control of the Spanish title race by beating Real Sociedad 2-1 away on Sunday to move top of La Liga above Barcelona after a second-half high on controversy.

Madrid captain Sergio Ramos broke the deadlock in the 50th minute by converting a penalty after Vinicius Jr. went to ground in the area following contact from Sociedad's Diego Llorente.

Sociedad thought they had levelled with a strike from Adnan Januzaj from outside the box but the goal was ruled out after a VAR review showed Mikel Merino obstructing the view of Madrid keeper Thibaut Courtois without touching the ball.

Their sense of injustice deepened a minute later when Karim Benzema doubled Madrid's lead in the 71st after controlling the ball with the top of his arm although Merino ensured an exciting finish by lashing in off the crossbar in the 83rd minute.

However, Zinedine Zidane's side clung on for the win to move level with Barca on 65 points after 30 games but climbed above the Catalans, who were held 0-0 at Sevilla on Friday, due to a superior head-to-head record. Sociedad are sixth on 47.

These were the details of the news Real Madrid go top of La Liga with win over Sociedad for this day. We hope that we have succeeded by giving you the full details and information. To follow all our news, you can subscribe to the alerts system or to one of our different systems to provide you with all that is new.