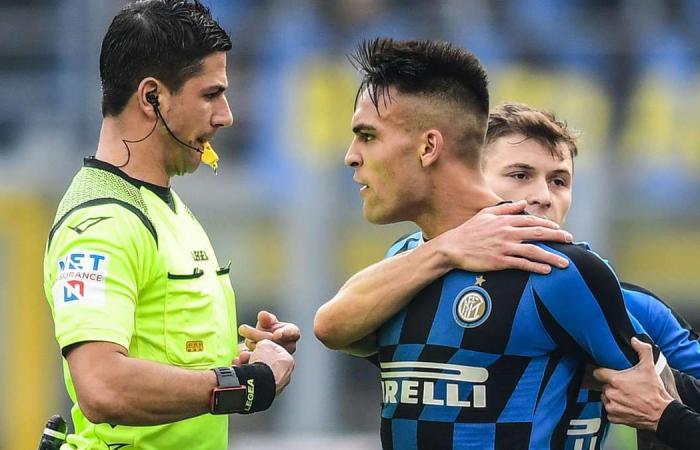 The draw leaves Inter three points behind Juventus on 48 points having played a game more than the perennial Serie A champions, who travel to Napoli later on Sunday.

To rub salt into the wounds, Calgiari's equaliser came courtesy of a goal from a player Inter had loaned to the Sardinian side.

Radja Nainggolan was told by Inter manager Conte that there was no place for him in his squad at the start of the campaign and joined Cagliari on a season-long loan.

The Belgian midfielder showed Inter what they were missing out on, driving in a low shot from outside the area which took a deflection off a defender to stun the San Siro in the 78th minute and cancelled out Lautaro Martinez's opener.

The Argentina striker's afternoon ended on a sour note when he was sent off in injury time for protesting an earlier caution.

"On the one hand, I'm sorry I scored, I have a lot of respect for Inter, their fans and my teammates," said Nainggolan. "But, on the other hand, I'm happy - they treated me a little badly, as if I were a little player."

Ashley Young, signed last week from Manchester United, endeared himself to the Nerazzurri faithful by providing the cross for Martinez to put Inter in front on 29 minutes with a well-taken header.

There were furious protests from Cagliari who claimed Martinez had pushed his marker. There was a two-minute delay before VAR officials confirmed the goal.

Alessio Cragno saved another Martinez effort with his feet but Inter did not have it all their own way and goalkeeper Samir Handanovic had to palm away a looping header from Paolo Farago before halftime.

Stefano Sensi twice went close to extending the lead for Inter in the second half but they failed to add a second goal and paid the price.

Joao Pedro pulled back the ball from near the corner and it ran on to Nainggolan whose low shot flew past the outstretched hand of Handanovic and in off the foot of the post.

It was as much as the visitors deserved before the match ended in chaos. Martinez was sent off in stoppage time for his furious reaction after being given a yellow card for a foul and had to be ushered away by teammates as he continued to remonstrate with the referee.

"We certainly didn't draw because of the referee," said Handanovic, the Inter captain.

"We only complained because their forwards were given fouls and ours weren't. We should have finished off the match, and then we wouldn't be talking about all this."

These were the details of the news Radja Nainggolan comes back to haunt Inter Milan as Lautaro Martinez sees red against Cagliari for this day. We hope that we have succeeded by giving you the full details and information. To follow all our news, you can subscribe to the alerts system or to one of our different systems to provide you with all that is new.