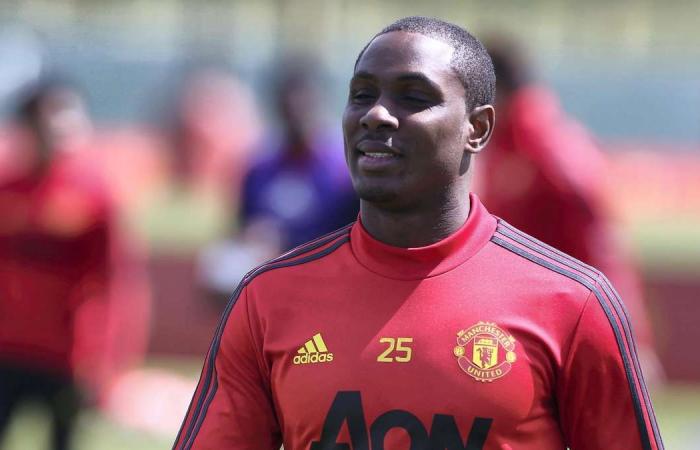 Thank you for your reading and interest in the news Paul Pogba, Marcus Rashford, Bruno Fernandes and other Manchester United stars step up preparations for Tottenham game - in pictures and now with details

Hind Al Soulia - Riyadh - Manchester United manager Ole Gunnar Solskjaer is confident his side will hit the ground running when the Premier League resumes this month.

United are set to resume their season away to Tottenham Hotspur on June 19 - their first match since beating LASK 5-0 in the Europa League on March 12.

That victory in Austria extended United's unbeaten run to 11 matches and Solskjaer is in no doubt as to what his side must do to be ready as they continue their quest for a place in next season's Champions League.

As United players, including Paul Pogba, Marcus Rashford and Odion Ighalo worked out on the training pitches, the manager predicted a fast start.

"The first game is two weeks from today so we need to step up the training and get an edge to our game again," Solskjaer told United's website on Friday.

"Everyone knows that we will have to be at our best, have to be focused.

"We know it's a big game for everyone. We had Chelsea when we started the league this season so I'm confident that our players can go into the Tottenham game with that mentality of going there to play a very good game of football."

Following the Spurs match, United face fellow European hopefuls Sheffield United at Old Trafford on June 24 before travelling to Brighton on June 30 - after an FA Cup quarter-final at Norwich on June 27.

Former United striker Solsjkaer said, however, his squad had been preparing for a congested fixture schedule.

"Training has been about recapping what we did well, tweaking maybe one or two things and looking at some new ideas, but hopefully we can see a lot of what we saw towards the end before the lockdown.

"We've got games coming weekend, midweek, weekend for a spell so you have to focus on ourselves and not just on that one, first game," added the Norwegian, with United three points adrift of the top four when Covid-19 saw the season suspended.

"Gradually now, as we've got into contact training, you can see a little bit more of the edge but also the camaraderie and team bonding.

"That's vital for me in a team. That's one of the main things, that we are a team and the team goes before anything else."

These were the details of the news Paul Pogba, Marcus Rashford, Bruno Fernandes and other Manchester United stars step up preparations for Tottenham game - in pictures for this day. We hope that we have succeeded by giving you the full details and information. To follow all our news, you can subscribe to the alerts system or to one of our different systems to provide you with all that is new.