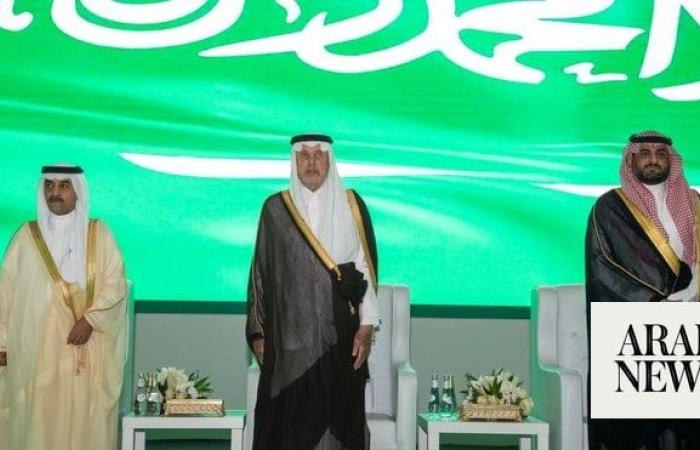 Thank you for reading the news about The 22nd Scientific Forum for Hajj, Umrah, and Visit Research concludes at Umm Al-Qura University and now with the details

Jeddah - Yasmine El Tohamy - MAKKAH: The 22nd Scientific Forum for Hajj, Umrah, and Visit Research, at Umm Al-Qura University concludes today in King Abdulaziz Historical Hall, under the slogan “Towards a Distinguished Experience to Serve the Guests of AlRahman.”

These were the details of the news The 22nd Scientific Forum for Hajj, Umrah, and Visit Research concludes at Umm Al-Qura University for this day. We hope that we have succeeded by giving you the full details and information. To follow all our news, you can subscribe to the alerts system or to one of our different systems to provide you with all that is new.