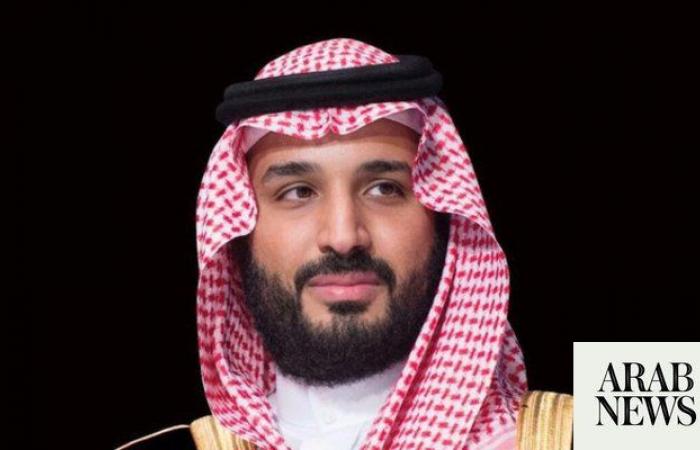 The company was founded by Mohammed Alqumri, Mohammed Bahaidrah, known by his DJ name B-Hydra, and fellow DJ and producer Erizo.

In a trend to publicize the growing party scene within the Kingdom, DNA is one of the few organizations working to shed light on the Saudi techno scene under the theme ”Underground is in our DNA.”

Going commercial when it comes to the music industry usually means catering to the public’s taste. Instead, DNA kept the event true to the underground feel, with just a few watering holes and a makeup station on the venue’s exterior, and the real party awaiting inside.

Underground techno means real music for real people. Instead of selling out on big names, DNA aimed to highlight the local talent found in Saudi while also focusing on emerging international acts.

The night was set in motion by Jeddah-native Mariam Arab, who was inspired by classical artists Beethoven and Chopin from an early age. That influence allowed her to create a unique sound, paralleling the two genres’ melodies.

Arab’s set was followed by a back-to-back (b2b) performance by local DJs B-Hydra, and Psykey, who also played together recently at Desert Sound’s Techno Therapy event at the same venue. The two acts enticed the crowd with deep melodic grooves and psychedelic sounds.

To follow, DJ BiGG3 took the stage to combine euphoric trance and the hard energy of techno. The artist first took an interest in electronic music at 16 while watching paragliding videos.

Intrigued, he attended his first festival, which happened to feature renowned Dutch DJ Tiesto, who inspires his own sound to this day. He began mixing his music in 2014 until he finally found his unique sound.

“It’s not only about techno music, what matters for me is good music,” he told Arab News.

After coming back from studying abroad, he was disappointed to find there was no space for techno music in the region. It was only in the past few years that the underground scene grew its roots.

DNA created a home for acid and industrial music lovers, open to all.

“This music is bringing everyone together. They’re all on the same beat, you can say. It’s the atmosphere, it’s the vibe all together coming in one place. I can feel that everyone is communicating with everyone, loving each other. It’s amazing,” he said.

While there is a plethora of music events booming all over the region, the DJ believes that the crowd is what really makes this event stand out.

“What makes DNA special, besides the great DJs, (is having) the best people together attending the event, the great community, having great sound, making the production so great for the people to enjoy and remember,” BiGG3 said.

Echoing with “squelching” synthesizer textures, the venue lit up as the anticipated headliner Marhu took the stage. The crowd cheered as the DJ delivered an entrancing performance, demonstrating her aggressive and rhythmic performance.

As one of Belgium’s most promising producers, promoted by electronic music news platform Beatportal’s radar earlier this year as an “emerging act,” she aims to take her acid-driven and minimalistic sound international.

After coming to the Kingdom for the first time for the show, she was surprised by the demand in the region.

“I had no expectations about a big techno scene like this. I got a lot of engagements and messages on my profile and I realized that there were real demands for these kinds of events,” she told Arab News.

“It really warms my heart because I didn’t expect so many people to listen to techno music, especially acid.”

What makes DNA unique is its dedication to maintaining the simplicity and minimalist feels of underground parties within the raw grunge scene, while also commercializing and promoting the transcendent techno sound.

“It’s such an honor to be one of the first legal events in Saudi Arabia and to be part of the beginning of this freedom. For me, techno means a lot of things and I’m really happy it’s taking a big level of attention,” Marhu said.

American DJ and Saudi resident Erizo ended the night, concluding his first public event in Saudi as a founder along with his partners.

“It’s something that’s never been public here, and now we have the opportunity to bring it and expose it. Now, they actually have a place to go and express themselves. That’s what we’re providing. We’re providing that niche with the harder techno that no one else is really doing,” he told Arab News.

As someone who has collaborated and performed all over the world, Erizo expressed his interest in the growing scene and cultural shift in the country.

“It’s kind of cool to see it in this transition that Saudi is going through with entertainment, the entertainment industry. Being a part of that is really nice,” he said.

These were the details of the news Morocco’s king congratulates Saudi crown prince on being named prime minister for this day. We hope that we have succeeded by giving you the full details and information. To follow all our news, you can subscribe to the alerts system or to one of our different systems to provide you with all that is new.