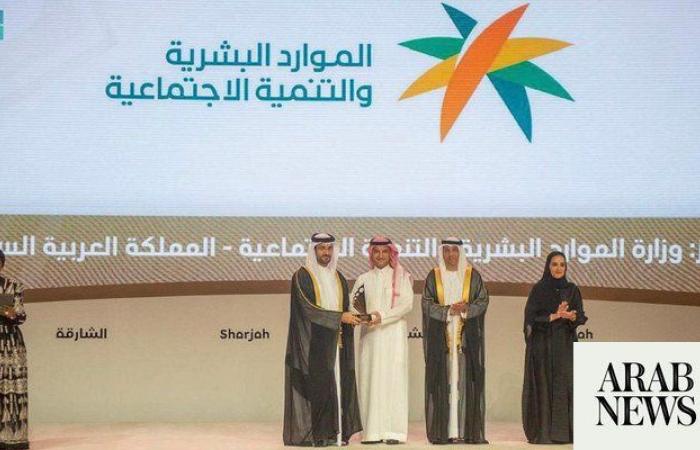 Jeddah - Yasmine El Tohamy - JEDDAH: Two young Saudi film directors have been presented with trophies after winning the second edition of a 48-hour filmmaking challenge, with participants racing against the clock to create a short film within a two-day limit.

Khaled Zidan and Tala Alharbi received their awards on Thursday during a special screening held at Vox Cinemas in Red Sea Mall, Jeddah.

The 48HR Film Challenge was part of a collaboration between the Alliance Française of Saudi Arabia, the Consulate General of France in Jeddah, the French Embassy in Riyadh, the Red Sea International Film Festival, Cercle des Amis de la Culture Francaise and Vox Cinemas.

The challenge encourages Saudi and Saudi-resident filmmakers aged from 18-25 to produce new works.

A team of between two and five participants, led by a Saudi director or scriptwriter, received two days’ training to develop their film before the challenge.

Mohammed Al-Turki, CEO of the Red Sea Film Festival Foundation, congratulated the winners and said: “We watched some really amazing short films that were very intriguing and projected a lot of creativity from the young Saudi filmmakers, especially to create it within 48 hours only.”

He told Arab News: “I believe this platform will help them reach their goals with the support of the Red Sea Fund.”

During the event, Al-Turki said that the two films will be screened at the Red Sea Film Festival as a part of the “New Saudi New Cinema Shorts” segment.

He added: “This will encourage other filmmakers not to be hesitant to produce the films they like.”

Catherine Corm-Kammoun, Consul General of France in Jeddah, told Arab News that she was impressed by the exceptional work of all participants.

“It was surprising to see the deep thoughts of the young filmmakers and learn the way they see life. As the Consulate General of France, we are eager to generate new filmmakers among the youth in Saudi Arabia. Our aim is to strengthen the film industry in the Kingdom,” she said.

“With this successful partnership with the Red Sea Film Festival, we decided to renew this challenge for the next year as it is a good cooperation and hope to keep on working like this.”

Charles-Henri Gros, cultural attache of the Consulate General of France, told Arab News: “As this was the second edition, we added a new initiative by challenging the participants to create a film in just two days. We hosted them at the residency of the French General Consulate in Jeddah and dedicated the two days to the young talents, and introduced them to some Saudi and French experts in cinema.”

He added: “This is just the beginning of a great future for them in the cinema, which is a masterpiece of arts and culture. As a French consulate, we consider ourselves lucky to initiate this with the Red Sea Film Festival.”

Zidan, who won with a short film titled “The Kid in the Closet,” told Arab News: “It wasn’t an easy challenge. There were some limitations, especially the time. Making a film in 48 hours isn’t an easy thing. We used to work on films in the pre-production area and I know it takes a lot of time to make films.”

He said that creating a film with just three team members was also challenging. “But I am happy that it was a great learning experience, which in itself is a reward. The workshops at the French consulate allowed us to get expertise from a number of directors, producers and actors.”

Alharbi, who created a winning film titled “When Red Blooms,” said: “It is unbelievable and feels like a dream to have won. It has definitely been a lot of hard work. It was an exciting experience, but very stressful.”

Jana Mazin, writer and director of another of the short films, “LuLu,” will receive support to create a movie with the help of Vox Cinemas.

These were the details of the news Saudi ministry wins 2 communication awards in UAE for this day. We hope that we have succeeded by giving you the full details and information. To follow all our news, you can subscribe to the alerts system or to one of our different systems to provide you with all that is new.