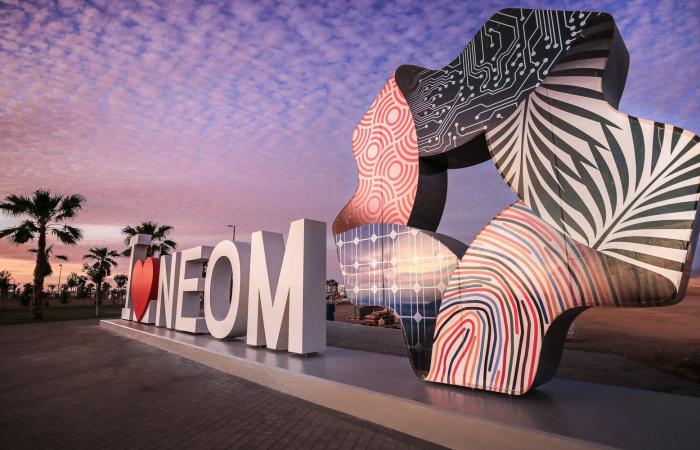 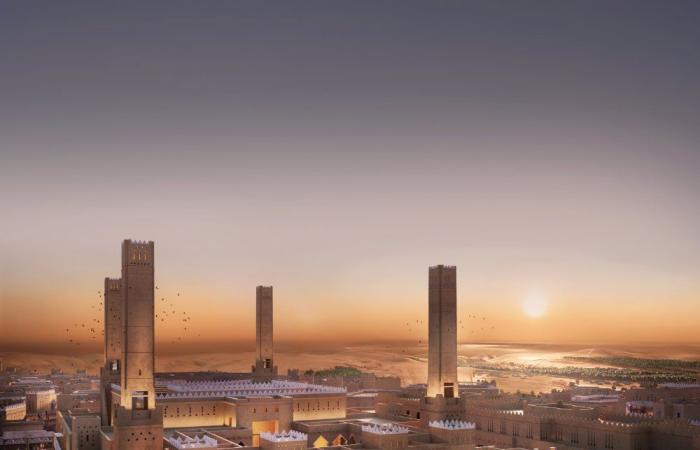 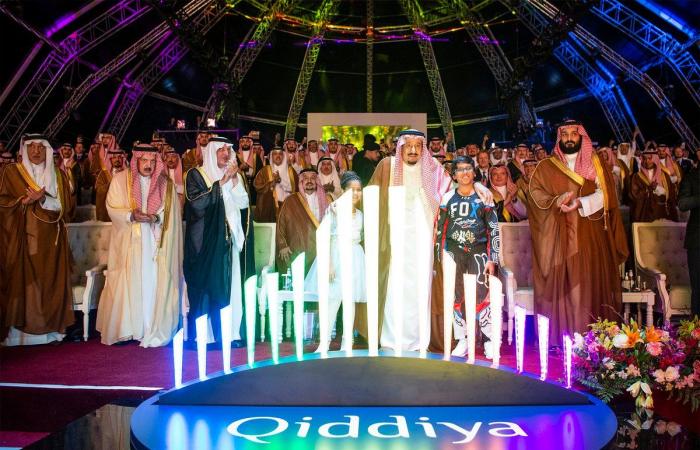 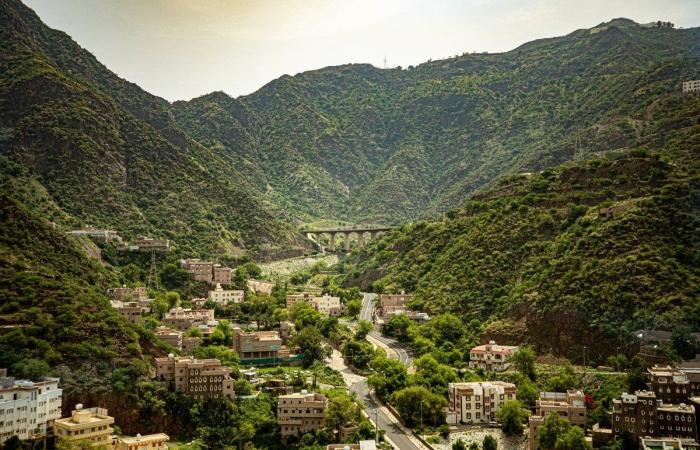 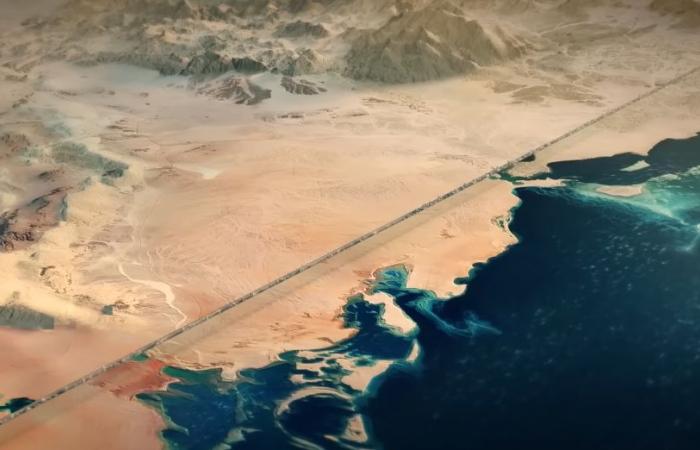 Jeddah - Yasmine El Tohamy - JEDDAH: A little over six years ago, Crown Prince Mohammed bin Salman announced a social and economic blueprint that would transform the Kingdom. The plan, Vision 2030, set out to create a vibrant society, overhaul the nation’s economy, and reduce its dependence on oil.

In what was viewed as a turning point for the country, several “giga-projects” were launched to provide a focal point for whole new sectors, driven by technology, innovation and sustainability, to stimulate broader economic growth and develop the Kingdom’s digital infrastructure.

Among these new giga-projects, underwritten by the nation’s PIF, or Public Investment Fund, is Diriyah — the Kingdom’s crown jewel — home to the first Saudi dynasty, and a UNESCO World Heritage site, which is undergoing a $50-billion revamp.

Five years ago, the Diriyah Gate Development Authority was tasked by the Saudi government with redeveloping the “birthplace of the Kingdom” into a world-class and sustainable tourism, entertainment and cultural destination.

Diriyah’s mud-brick walls once housed a thriving desert city that was a powerhouse of culture and commerce. The area’s Turaif district, with its famous citadel, was the original seat of power for the Kingdom’s Al-Saud family. In 1727, the city was named the country’s capital, laying the foundations for what would later become a unified Saudi Arabia.

In July 2017, the 11-square-kilometer site became the subject of a painstaking restoration plan aimed at bringing its historical legacy back to life. Situated just 15 minutes’ drive from Riyadh, it will feature some of the world’s most luxurious hotels and restaurants built in traditional Najdi architectural style, alongside conservation areas and cultural venues, with a view to attract some 30 million visitors annually by 2030.

Also under development in the Riyadh region is Qiddiya, the Saudi capital’s forthcoming entertainment, sports and culture hub, which will feature theme parks, arenas, outdoor activities and motorsports.

The project is built on five main pillars: Sports and wellness, nature and environment, parks and attractions, motion and mobility, and arts and culture. Owned wholly by the PIF, its objective is to boost the Kingdom’s status as a leading tourist destination.

Over a total area of 334 square kilometers and a budget of $8 billion, construction began in early 2018. The latest contract is a $750-million joint venture between ALEC Saudi Arabia Engineering & Contracting and El Seif Engineering Contracting to build the Kingdom’s first water park — which is also tipped to be the region’s largest.

The Qiddiya Investment Company has also awarded a $1-billion contract to build Six Flags Qiddiya, which will contain 28 rides and attractions in six themed parks. It is one of the Kingdom’s most highly anticipated attractions.

A speed park will include an FIA grade-one racetrack dedicated to motorsports fans as well as a golf course designed by Jack Nicklaus, one of the greatest golfers of all time, open to elite and amateur players.

The Red Sea Project and AMAALA

It is not just the Riyadh region that is enjoying a flurry of investment. On the Red Sea coast in the far west of the Kingdom, two luxurious tourist destinations are under development, both with a strong emphasis on sustainability, conservation, culture and heritage.

Aiming to be a world leader in regenerative tourism, the Red Sea Project is a luxury, sustainable project spanning an impressive 34,000 square kilometers.

The Red Sea Development Company, established in 2018, is fully owned by the PIF. Directly employing 35,000 people, the project showcases the landscape and rich cultural heritage of the coast.

Occupying an archipelago of more than 90 islands — some of them untouched — featuring dormant volcanoes, deserts and a wide variety of wildlife and mountainous scenery, it will emphasize environmental preservation while relying exclusively on renewable energy sources, with a ban on single-use plastics and zero waste-to-landfill.

The region’s new dedicated Red Sea International Airport is already nearing completion and is set to open in 2023, while 50 resorts featuring 8,000 rooms and more than 1,000 residential properties are due for completion by 2030.

Last month, the Red Sea Development Company told Arab News that three of the 22 islands will be complete by 2024, hosting 16 hotels, three of which will be ready by next year, including the St. Regis Red Sea Resort at Ummahat Island.

It also announced the opening of its Turtle Bay Hotel and the completion of its 1.2-kilometer Shura Bridge connecting the mainland with its central island hub, and the first inland access roads over 16 kilometers connecting its Southern Dunes resort to the main highway. Around 200 villas and townhouses are now also complete at its Coastal Village.

Further to the north is Saudi Arabia’s ultra-luxury wellness retreat AMAALA, tailored for relaxation and meditation and sports enthusiasts. The initial development phase of the 3,300-square-kilometer site is set to conclude in late 2024 with the opening of nine hotels.

Down in the country’s southwest, the Kingdom’s highest mountain peaks are also getting a revamp. Last September, the crown prince announced a tourism strategy to develop Asir with an investment of $13 billion, to attract more than 10 million visitors by 2030.

The region’s picturesque green mountains, its fair weather, archeological sites, and dense forests that cannot be found anywhere else in the Kingdom, combined with its renowned hospitality, have attracted thousands of tourists in recent years.

New attractions on Asir’s mountain peaks will turn the province into a year-round destination, exploiting the tourism potential of its geographic and natural diversity, culture and heritage.

In addition, it will provide new jobs, boost quality of life, and upgrade essential services and infrastructure in the region. The PIF plans to set aside $3 billion to build 2,700 hotel rooms, 1,300 residential units, and 30 commercial and entertainment attractions in Asir by 2030.

The Kingdom’s flagship and arguably its most ambitious giga-project is NEOM, first unveiled in 2017.

Located in the Kingdom’s northwest, the futuristic smart city will span 26,500 square kilometers and will be powered entirely by renewable clean energy, providing a model for sustainable living and development.

Three phases of the $500-billion project are currently underway, including Trojena, Oxagon and The Line.

Trojena, a high-altitude destination nestled between the northernmost ranges of the Sarawat mountains, will offer unique, all-year outdoor sports experiences, including the region’s first and only ski resort.

The project will also feature ultra-luxury family and wellness resorts, the region’s largest freshwater lake, an interactive nature reserve, and a range of dining and retail options. It is due for completion in 2026.

Oxagon, meanwhile, is a floating industrial and commercial hub, which will incorporate the most advanced technologies, from artificial intelligence to robotics, and will be powered entirely by clean energy.

Finally, The Line, a 200-meter-wide, 170-kilometer-long city that will accommodate 9 million residents, embodies how urban communities will live in the future in an environment free from roads, cars and emissions, offering a new approach to urban design that will run on 100 percent renewable energy and prioritize people’s health.

According to the design plan, The Line will have an outer mirror facade that will provide the structure its unique character and allow even its small footprint to blend with nature.

Different from tall buildings, the concept layers public parks and pedestrian areas, schools, homes and places for work. The narrow design is intended to reduce the human-made footprint on the landscape and promote greater efficiency. The city will feature a high-speed rail link with an end-to-end transit time of just 20 minutes.

These were the details of the news The giga-projects that are redefining the image of Saudi Arabia for this day. We hope that we have succeeded by giving you the full details and information. To follow all our news, you can subscribe to the alerts system or to one of our different systems to provide you with all that is new.