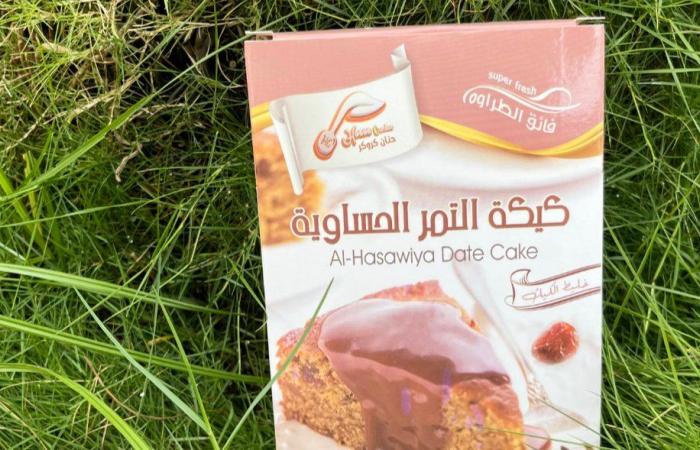 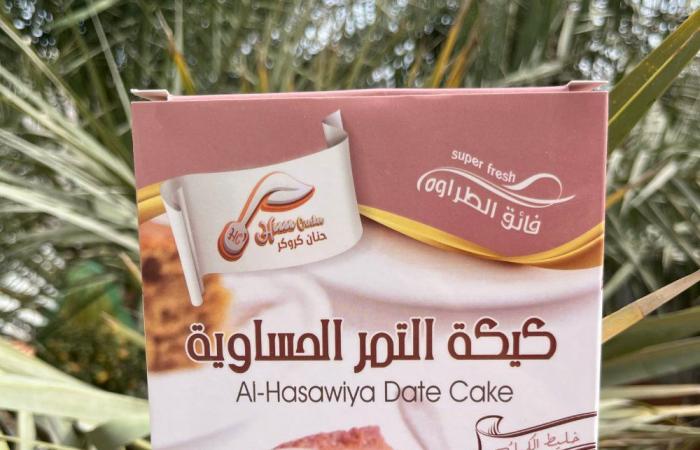 Jeddah - Yasmine El Tohamy - AL-AHSA: When Hanan Al-Anazi was 12, she had an insatiable appetite for creative concoctions in the kitchen. Her favorite pastime was to open up the family pantry and whip up tasty treats using whatever was available.

Her desserts combined “modern” recipes with local ingredients, such as Saudi dates. Her mother dreaded these little experiments because she made such a mess and used up all the sugar and baking powder.

Al-Anazi knew, even then, she wanted to eventually turn that passion into a profession, but like all good dough, this took some patience and time.

Last year, the now 35-year-old, took part in a local date exhibition as a vendor. After working in the business of selling dates for years, she decided to try her luck and asked if she could sell a cake mix she had made, but nobody wanted to bite.

The date merchants who had been in the industry for many decades told her to just leave the dates alone, that her little cake mix wouldn’t likely succeed. Who would buy it, they asked her.

Not easily deterred, she decided to prepare something anyway. She had taken a few culinary courses over the years and learned how to incorporate dates in her sweets. It was her secret ingredient. She thought she’d start with a recipe in the Hasawi date cake style.

Always the innovator, she decided to try handing out free samples. She placed the ingredients in a bag that was designed for coffee and put a sticker on top and wrote “Date Cake.” She made 50 bags herself. When people stopped by her booth at the date exhibition, she handed out her samples to customers and hoped for the best.

At the end of the five-day exhibition, many people came back — they had tried making her mix at home and loved it and asked where they could get more. They were willing to buy it.

She was elated. Hanan ‘Crocker’ — a homage to the fictional character Betty Crocker on the well-known brand — was born. She applied for the necessary work permit, had a logo designed, built a website and got to work.

The dates have always been key.

Born in Riyadh, she moved to Sharqiyah (Eastern Province) when she was six. During those formative years, living with fresh Hasawi dates (from Al-Ahsa) ignited her love for the sweet fruit.

Al-Anazi tried to take that cultural pride and include it in her products.

The cake mix requires only a few simple ingredients, just like the Betty Crocker products. The difference is, Al-Anazi’s version uses dates in every dish. Even her Cinnamon Rolls recipe uses it in the filling.

“A month after the exhibition date, it was evident that there was a market for my product and I had to get serious. So I decided to build my brand and change the basic packaging — couldn’t continue to use those brown coffee bags forever — and applied for the freelance work certificate and got a permit.

“I used to do everything by hand but now, thank God, I have machines and four people on staff to help me. If it gets overwhelming, I will hire freelancers to assist during the busy season, which is coming up in the winter. It’s still all out of my kitchen in Riyadh,” Al-Anazi told Arab News.

Al-Anazi is working on perfecting several new products and is excited to introduce them into the market soon.

“I started almost exactly one year ago — I remember, it was the Saudi National Day. It was also, coincidentally, the anniversary of the start of my journey, too,” she said.

Al-Anazi’s culinary delights are available in select stores across the Kingdom, as well as on her instagram: @Hanan_Secret222, and can be shipped to anywhere in the country.

These were the details of the news Saudi’s Hanan Al-Anazi tastes sweet success with Al-Hasawiya date cake mix for this day. We hope that we have succeeded by giving you the full details and information. To follow all our news, you can subscribe to the alerts system or to one of our different systems to provide you with all that is new.