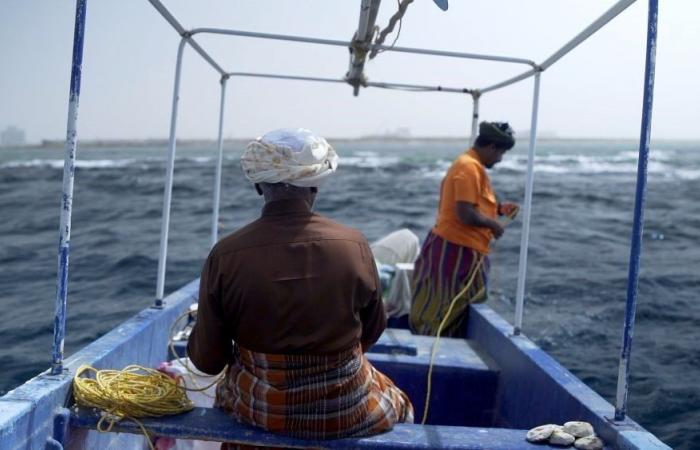 Thank you for reading the news about Nice film festival winner ‘The Whaler’ portrays Saudi fisherman, marine life and now with the details

Jeddah - Yasmine El Tohamy - RIYADH: Saudi short film “The Whaler” on May 22 won the Science Award at the 2022 Nice International Film Festival, held in the south of France.

The film documents the lives of fishermen in Saudi Arabia, showcasing the beauty of the Kingdom and its maritime world to international audiences.

It provides unique insight into past and present generations of fishermen — known as “hawata” (Arabic for “whalers”) — through Abu Hilal, an esteemed elder of Yanbu’s fishing scene.

A coastal and industrial city on the Red Sea, Yanbu is strategically located as it is close to the Suez Canal.

Speaking to Arab News, filmmaker Saleh Bukhamseen said: “One major challenge that we — the cameraman Wael and myself — faced when filming ‘The Whaler’ was the extreme weather conditions and the obstruction of the Suez Canal, which happened in 2021.”

Bukhamseen is a self-taught underwater cinematographer with eight years of experience. He combines his passion for diving and filmmaking to create unique films that highlight the beauty of the sea, its creatures and its relationship with humans.

“I wanted to capture the spirit of the people who make their livelihood from marine life and showcase their determination. Fish is a mealtime favorite for many, especially on a Friday, but do we realize the amazing journey behind this beautiful meal? ‘Hawata’ will show you this!” said Bukhamseen.

He has worked on several projects for the Saudi Arabian government, such as films promoting tourism, and has produced short documentaries.

“When you combine talent and passion, there is no limit. It takes a lot of effort to be a writer, producer, director, underwater cameraman and editor all at once, but with teamwork, spectacular results can be achieved,” said Bukhamseen, who filmed and produced “The Whaler” alongside only one other person — his cameraman Wael.

Bukhamseen said that he was first inspired to shoot his film when he began diving and saw the life and beauty that lies beneath the Red Sea’s surface. What he could not describe in words, he said, he captured on film.

“The Whaler,” only 12 minutes long, will be available for the world to see once the film festival tour concludes. Bukhamseen said that these few minutes took five months to prepare, film, edit and present to audiences and panelists.

In its 10th edition, the Nice International Film Festival is held annually in Nice, France.

The week-long event allows aspiring independent filmmakers to showcase their work to an international audience.

“Nice International Film Festival has strict criteria its awards, which cover originality, creativity, film quality, story structure and editing,” said Bukhamseen. “‘Hawata’ was judged by a panel of international film experts to assess whether or not the film deserves to win the trophy.”

During the festival, the audience is presented with films over a period of a week, which concludes with a prestigious ceremony in which exceptionally talented filmmakers, screenwriters and actors receive awards for their respective film categories.

Bukhamseen told Arab News that he is proud to represent his country, Saudi Arabia, and encourages all aspiring filmmakers to follow their hearts, develop their technical skills and, above all else, respect the environment.

Besides “The Whaler,” he has produced three films: “Plastic Inferno,” “Strange Neighbor” and “The Patient Minarets,” all of which are environmental documentaries.

These were the details of the news Nice film festival winner ‘The Whaler’ portrays Saudi fisherman, marine life for this day. We hope that we have succeeded by giving you the full details and information. To follow all our news, you can subscribe to the alerts system or to one of our different systems to provide you with all that is new.