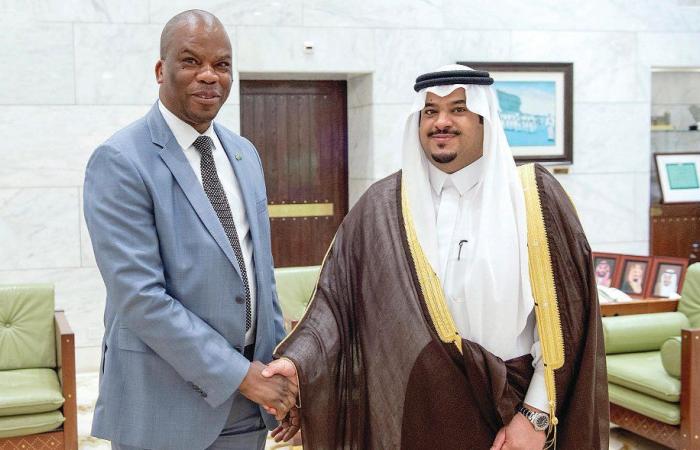 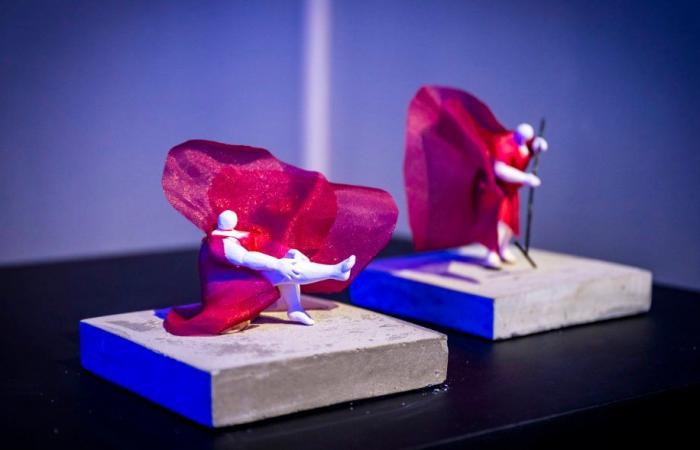 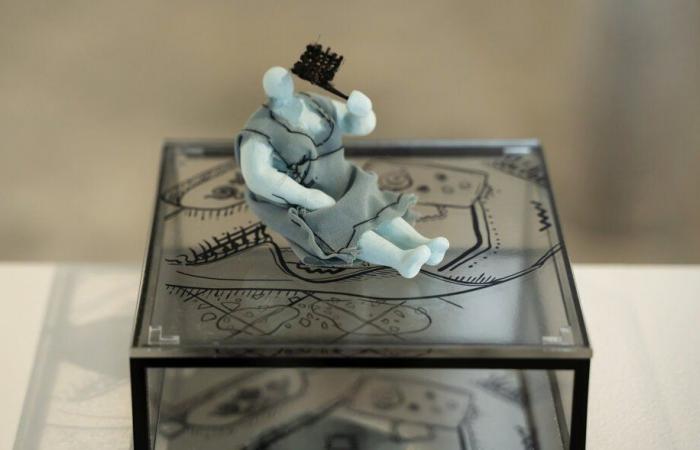 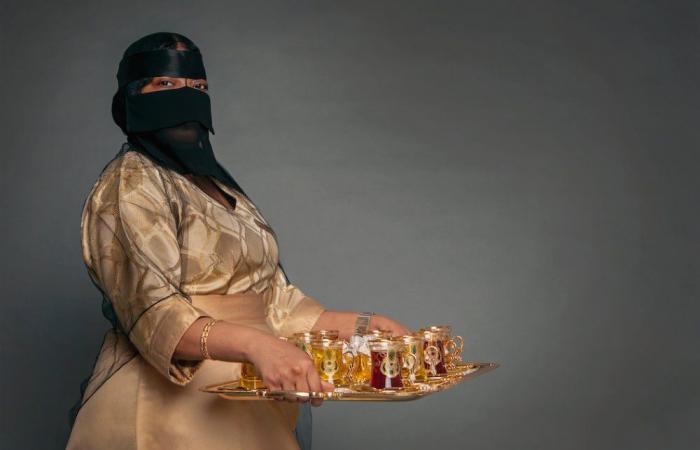 Jeddah - Yasmine El Tohamy - RIYADH: As interdisciplinary Saudi artist and writer Elham Dawsari sits with an iced Spanish latte in hand, a sweet combat to the heat outside, she recalls one of her first sketches: a younger version of herself sits on the front stoop of her house watching barefoot boys her age play around in the grass, free of social decorum. She holds a walkman in hand, her own personal bubble at the press of a button.

“I drew that because I wanted to not only answer questions, but to articulate the questions first: What is this about spaces? About women? About gender?” she told Arab News.

As she was simultaneously the subject of the sketch and the background to the playing boys, she made a visceral connection to the space around her and where women fit into it.

Subliminally, she bagan to make the forgotten women the center of her work.

Dawsari works to explore a pre-Internet Riyadh in the 1980s and 1990s through centering middle- and lower-class women, investigating how it influenced their behavior and how they were shaped by the spaces around them.

“I think this is my way of coming to terms with a lot of things that happened in my life, including the stories of women because I still carried questions for the longest time, trying to understand it,” she said.

• Dawsari wanted her work to represent the women, and help view them in the simplest of forms: As humans.

• The work hopes to appreciate where they are now and ‘hopefully have them more included’ in our fast-paced and youth-focused lives, she says.

• The sculptures are a personal embodiment of memories and people, designed on a smaller scale to physically and emotionally pull the viewer in.

While Saudi culture has been slowly loosening its control on the societal expectations of women, some find it is still difficult to think critically of the past.

She has found that artistic pursuits are a more palatable way to honestly pursue without the societal backlash.

“Art is a way for me to clash, but indirectly,” Dawsari said.

Subabat, women who serve coffee and desserts at all-female events, have become the subject of her most popular work.

The figures evoked mystery and curiosity for viewers, which is what inspired the pursuit, she said.

While she grew up in the US until high school, she still went to Saudi weddings and recalls seeing her first Subabat at an early age.

“Around 12-years-old, I began associating Subabat with muted beauty,” she wrote in her essay, titled “Documenting Subabat: A Tribute to Sisterhood.”

While they had a certain status and prestige at weddings, their presence was evidently invisible to the attendees. Their job was to serve and never chat.

“Classism was apparent, but they still looked similar to the grandmothers (at the weddings), the way they dress. Eventually 25 years later, I learned through research that they took that style from the women they worked for,” Dawsari said.

That contrast stuck with her and her determination to document these women and their process, despite their prominent evasion, culminated in her photo series, essays, and docu short under the title “Subabat.”

While the notions of lamenting and nostalgia are prominent in many Saudi artworks, she chose to stray away from them.

“What joy does that give to anybody?” she thought. Instead of highlighting the problems of the current age, she decided to uplift the stories of the past.

In her artwork “Nfah,” Dawsari has created a series of five miniature sculptures showcasing how women utilized their time at home. In the secluded nature of their lives, either in their own home or in someone else’s, they sculpted who they are and searched for open spaces.

The work, most recently showcased at Jax Arts Festival in Riyadh, aims to analyze the relationship between urban landscaping and specific behavior of 1990s Saudi households.

The two sculptures that showed the voluptuous houseworking women, one cleaning the yard and the other squatting as she does laundry, reflect how they maintained their physical strength in rural Saudi Arabia.

Dawsari told Arab News that she hoped to start a conversation where she, and her audience, can look at these anchors as more than just houseworkers and parents, “to rewire ourselves and really think about all the other things that were in their lives, and the heavy burden of responsibility that society imposed on them.”

She wanted her work to represent the women, and help view them in the simplest of forms: as humans. The work hopes to appreciate where they are now and “hopefully have them more included” in our fast-paced and youth-focused lives, she said.

The sculptures are a personal embodiment of memories and people, designed on a smaller scale to physically and emotionally pull the viewer in.

“‘Nfah’ is more of these collective stories of people that I get to listen to, that I get to share, that fall into the essence of the artwork … it’s about breaking these barriers through these women,” she said.

Dawsari explores the theme of urban landscaping by tracing women’s movement inside these traditional households. In her work, she often wonders what these box-like spaces are meant to protect us from.

“It’s more like an emotional kind of fort you are in that protects you, another barrier in this society… Why is it so revolting? Why is it so depressing?” she said.

She connects the effects of these spaces we have built and how we impose ourselves on our architecture in return. What would happen to the next generation when they live in this so-called “utopian” home of their ancestors?

“How did it affect those women who, today, are also living in a different renaissance?” she questioned.

In a time where hustling and striving for the future defines our daily lives, it is easy to disconnect with our seniors who might not be running at the same pace.

“Everybody who came and interacted was affected, which means that we share the same story despite our differences,” said Dawsari.

Everyone has a similar memory of a mother figure applying lemon juice on their knees or making the afternoon coffee.

An Indian onlooker came to Dawsari once expressing how her work reminded her of her aunts and her family. The universality of her work is what speaks to the audience.

“Every passing day, we are losing stories that are undocumented…the thing is (to create more of a) habit, have people interact with more and more artworks about this generation,” added Dawsari.

These were the details of the news Riyadh’s acting governor receives South African ambassador for this day. We hope that we have succeeded by giving you the full details and information. To follow all our news, you can subscribe to the alerts system or to one of our different systems to provide you with all that is new.