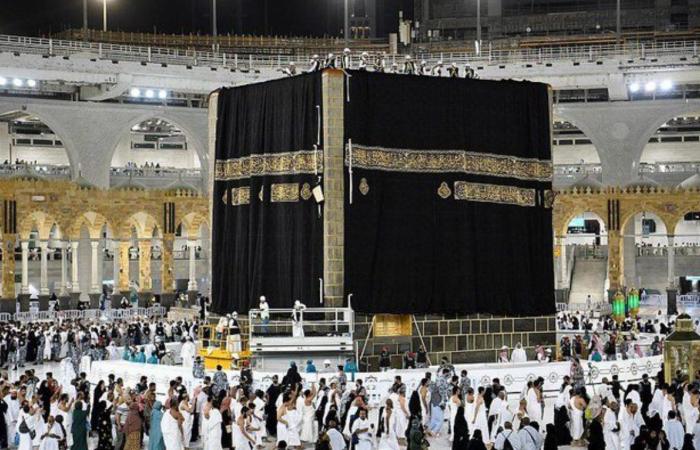 The delegation received a presentation on the manufacturing, replacing, and repair processes, which are carried out by various teams comprising of over 200 skilled Saudi technicians in total.

Abbas praised the Saudi government for its ongoing efforts in serving the Two Holy Mosques and pilgrims. At the end of the visit, souvenirs and gifts were exchanged.

This year, in a change from tradition, the Kiswa was replaced on the night of the new Islamic year on Muharram 1, 1444, or Saturday, July 30.

The Kiswa is decorated with Qur’anic verses embroidered onto the cloth with 120 kg of 21-karat gold thread and 100 kg of silver thread.

The cost of making a new 850 kg Kiswa is estimated to cost SR25 million ($6.65 million), making it the world’s most expensive covering.

These were the details of the news Sudan pilgrims delegation visits Kiswa complex for this day. We hope that we have succeeded by giving you the full details and information. To follow all our news, you can subscribe to the alerts system or to one of our different systems to provide you with all that is new.