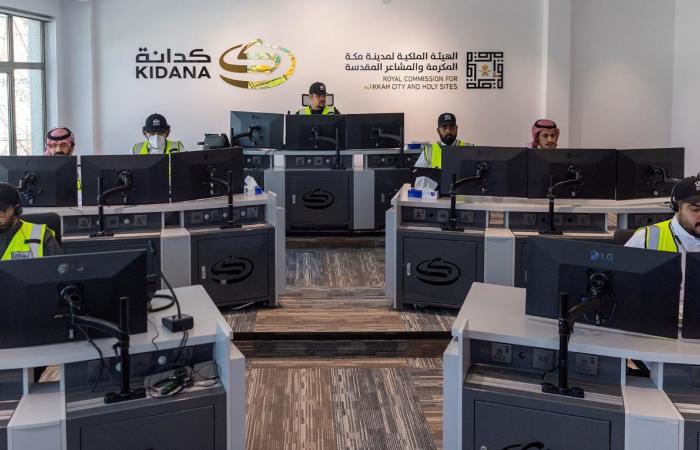 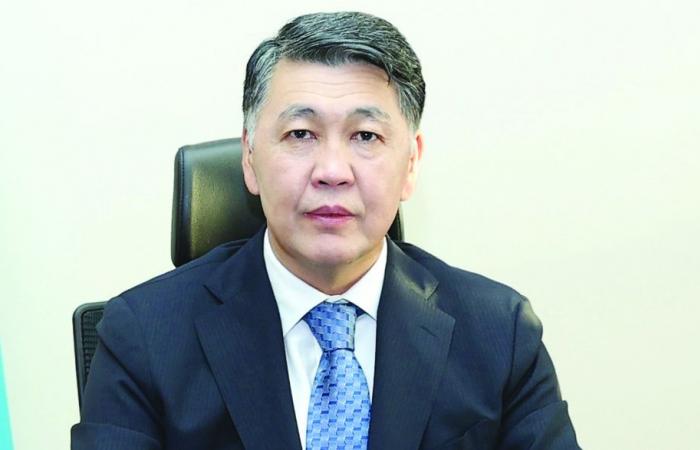 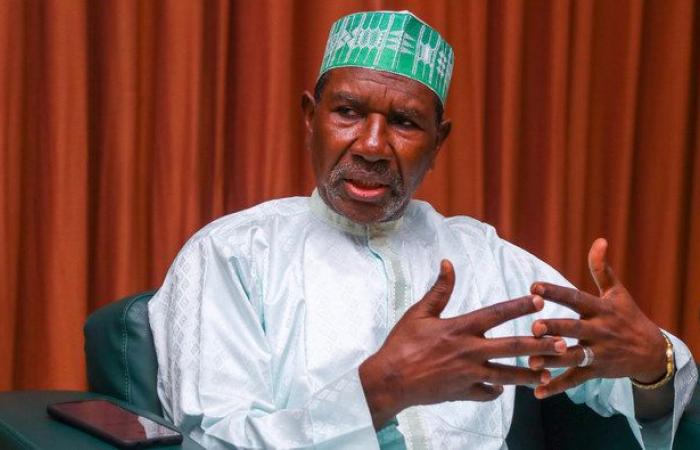 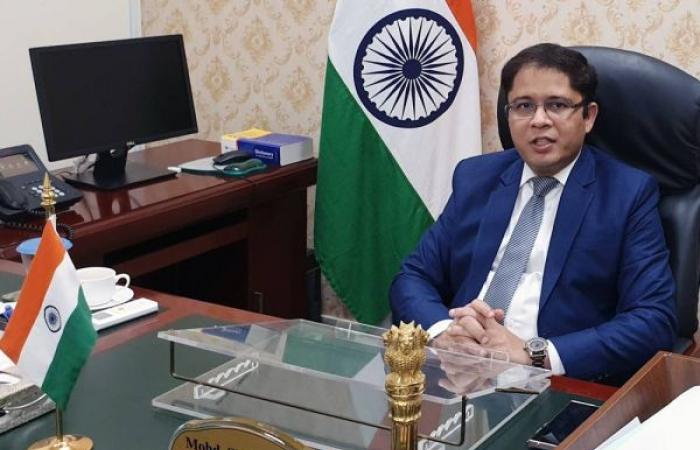 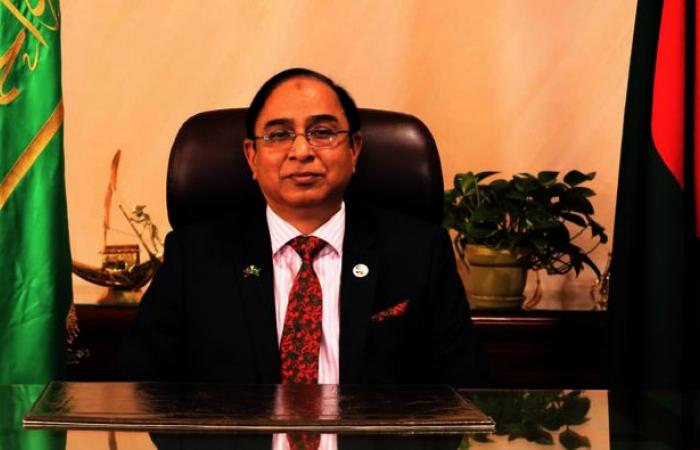 Jeddah - Yasmine El Tohamy - RIYADH: Ambassadors and envoys from across the Muslim world have hailed Saudi Arabia’s hosting of Hajj this year.

Pilgrims from around the world have gathered in Makkah for the biggest Hajj pilgrimage since the outbreak of the COVID-19 pandemic almost two years ago.

This year, after lifting most of its COVID-19 curbs, Saudi Arabia will welcome 1 million pilgrims, including 850,000 from abroad to perform Hajj — one of the five pillars of Islam, which all Muslims with the required means must perform once in a lifetime.

Foreign diplomats in Saudi Arabia have praised the Kingdom for its expansive Hajj arrangements this year.

Kazakhstan Ambassador to Saudi Arabia Berik Aryn told Arab News: “I would like to congratulate all Muslims on the beginning of Hajj season. We have been waiting for this moment for a long time due to the hiatus during the pandemic.

“From the arrival of the first group of pilgrims, the Saudi government has accomplished an outstanding achievement in providing all facilities in the holy cities for the Hajj. They paid special attention to ensuring the safety and security, and good health of the pilgrims, which is important at this time because of the COVID-19 pandemic,” said the envoy.

“On behalf of the Kazakhstan pilgrims, I want to express sincere gratitude to King Salman and Crown Prince Mohammed bin Salman for excellent Hajj arrangements.”

Nigerian Ambassador to Saudi Arabia Yahaya Lawal said: “All praise be to Allah for allowing us to witness the Hajj 2022 season, the first in the post-pandemic period. I also take this opportunity on behalf of Nigeria to convey our sincere gratitude to the Saudi government and King Salman for the internationally acclaimed decision to organize the Hajj this year, and allow foreign pilgrims to participate. We commend the Saudi authorities for all the preventive measures put in place to safeguard the health of the guests of Allah.

“Nigeria, which will be sending almost 50,000 pilgrims, is excited to make a return to this significant event — a journey of a lifetime,” he said.

“We pray for the success of this annual pilgrimage as we also look forward to a normal pre-pandemic Hajj season next year.”

Dato’ Sri Syed Saleh Syed Abdulrahman, head of the Malaysian Hajj delegates in Makkah, told Arab News: “Malaysian pilgrims thank King Salman and Crown Prince Mohammed bin Salman for allowing international pilgrims to perform the Hajj this year. We are extremely grateful to the Saudi government for choosing Malaysia once again to be one of the five countries selected for the Makkah Route program this year.

“Malaysia was the first country chosen for Makkah Route’s pilot project in 2017. The Makkah Route program has provided Malaysian pilgrims with excellent service as they are able to arrive in Madinah and Jeddah, easily and quickly. They are able to breeze through the arrival gates at the two airports after the long flight and not have to worry about their luggage either. All Malaysian pilgrims are very satisfied with the service.”

Saudi Arabia has also built and upgraded various infrastructure in Makkah, Madinah and Jeddah to enhance the experience of all pilgrims, including Malaysians, during the busy Hajj season, he added.

“We pray for Saudi Arabia’s success in achieving Vision 2030 so it continues to provide the best services to Muslims from all around the world who come to Makkah and Madinah for Umrah and Hajj,” said Abdulrahman.

Pakistani Ambassador to Saudi Arabia Ameer Khurram Rathore praised the leadership of the Kingdom for Hajj preparations. “This year to support and help the pilgrims from Pakistan ‘Route to Makkah’ initiative was very helpful for our Hujjaj coming from Islamabad. It is a manifestation of our brotherly and good relations with Saudi Arabia. Next year, Inshallah, the ‘Route to Makkah’ initiative will be initiated from three major Pakistani cities.”

He added: “The government of Pakistan has developed three digital apps, which will be greatly helpful for our Hujjaj during the pilgrimage.”

Indian Consul General Mohammed Shahid Alam said: “All Indian pilgrims have arrived in Makkah to perform Hajj. This year, 56,637 pilgrims have come from the Hajj Commission of India, and 22,600 pilgrims through the Hajj group organizers. We have made elaborate arrangements in Makkah and Madinah for their comfortable stay, as well as hassle-free transportation to commute between their accommodation and the Haram. We have made available medical facilities and makeshift hospitals.”

Alam added: “We are deeply thankful to King Salman and the crown prince, as well as the Ministry of Hajj and Umrah, for their excellent support to us in making all these arrangements. They have been available round the clock to make the efficient arrangements in time. We extend our sincere gratitude to them for the excellent arrangements they have made for (pilgrims’) safety, enabling them to perform the Hajj smoothly.”

Bangladeshi Ambassador to the Kingdom Dr. Mohammad Javed Patwary said: “I express my deep satisfaction over the Hajj management and thank the king and the crown prince for their continuous support to the Muslim Ummah. Through the wider use of e-Hajj systems, expedited services are ensured. Bangladesh is the fourth largest Hajj pilgrim-sending country and our prospective pilgrims were eagerly waiting to perform Hajj after a two-year pause due to the COVID-19 pandemic. This year, the Saudi government is allowing 60,000 pilgrims from Bangladesh.

“All our pilgrims completed the immigration process back in Bangladesh under the Makkah Route Initiative. They are receiving their luggage at their hotels, which is a remarkable development for hassle-free movement of these guests of Allah.

“Bangladesh pilgrims who have arrived in Saudi Arabia — we have talked to many of them — have highly praised the Saudi authorities for their arrangements,” said the envoy.

Head of the office of Thai pilgrims affairs, Zaki Takei, also praised the efforts and services provided by the Saudi government to pilgrims. He said that the Kingdom has “spared no effort” in aiding the visits of pilgrims.

These were the details of the news Projects launched to develop and uplift holy sites in and around Makkah for this day. We hope that we have succeeded by giving you the full details and information. To follow all our news, you can subscribe to the alerts system or to one of our different systems to provide you with all that is new.