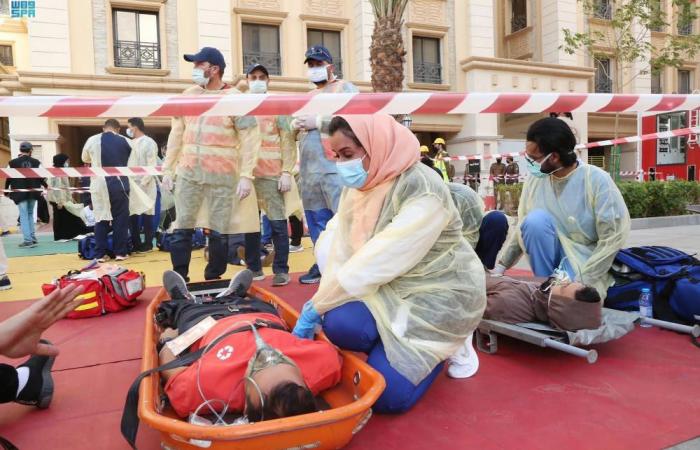 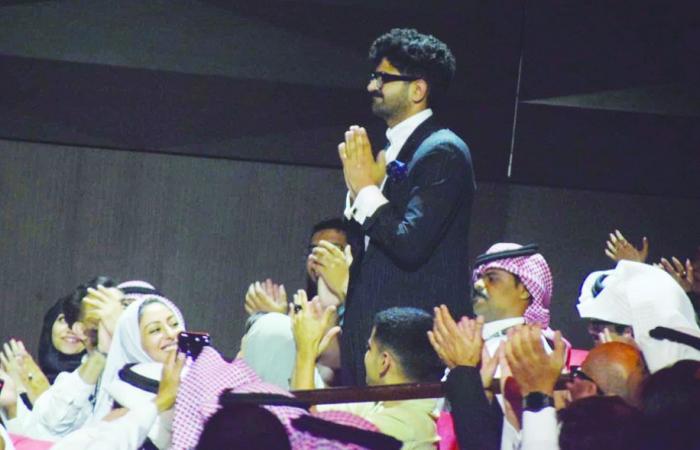 RIYADH: Saudi filmmaker Mujtaba Saeed’s relationship with Makkah began at an early age. He fondly recalls family journeys to the vibrant city for Umrah or Hajj, surrounded by people of all ethnicities and nationalities who gathered at the holy place for one common purpose.

He paints a picture of childhood road trips across the multi-toned sand dunes of Saudi Arabia as buses passed by carrying strangers from all walks of life, all chanting the same prayer in a united voice.

Saeed remembers the journeys from his childhood home in the city of Saihat, in the Eastern Province, to the Hijaz region in the west of the country as being full of excitement and marvel.

“It was filled with adventure,” he told Arab News. “From a child’s perspective, it was a long trip that never ends. My relationship with Makkah was the idea of traveling to a place.”

The screenwriter and director is currently developing a script that draws heavily on his relationship with the holy city, which was a big part of his life until he moved to Germany as a young adult to continue his education.

“After that, I didn’t visit (Makkah) for a while but the memories remained,” he said. “I consider (the memories) things that open up questions related to time, connection and the act of travel … I think it’s similar to any Saudi’s relationship to Makkah.”

Mujtaba Saeed remembers the journeys from his childhood home in the city of Saihat, in the Eastern Province, to the Hijaz region in the west of the country as being full of excitement and marvel. Saeed, who now splits his time between residences in Berlin and Saudi Arabia, said these emotions and his experiences with the holy city are what inspired his latest script.

He added that the city is a focus for the many individuals and families who visit it as pilgrims throughout their lives.

Saeed, who now splits his time between residences in Berlin and Saudi Arabia, said these emotions and his experiences with the holy city are what inspired his latest script. It is still a work in progress but he is determined to share its story not only with fellow Saudis but audiences around the world.

“It’s up to everyone to try to engage and integrate with different cultures,” he said. “I think what’s inside us as humans and what motivates us as people is all one.”

The script reflects Saeed’s own life as it revolves around two cities: Makkah and Berlin. Though there are many differences between them there are also similarities, not least a transient nature, with people constantly coming and going: Pilgrims in Makkah, and tourists and students in Berlin.

“These two places are directions (Qiblatan) for many people in the world, so I’m trying to search for the contrasts between the two and how that contrast affects the characters,” he said.

“For me, it’s also really important to see how this young city of Berlin opens up questions for anyone who visits it … questions that relate to our relationships with our bodies, and our connection to ourselves and others.”

Saeed said the search for answers to these questions by the characters in the story creates the conflict that is essential in any drama.

He added that his aim with the script is to explore the contrast between notions relating to the traditional values of “old society” and the modern, globalized world. More importantly, he said, it considers whether diverse groups of individuals, each with their own dynamic and colorful backgrounds, can coexist safely in one place.

“In Makkah, this equation exists,” said Saeed. “From the time I left to study in Germany and then worked there, there was care in a city that was also global. But still, there remains the important question: How can you amplify other voices there?”

He said he feels a responsibility as an artist to amplify voices that often go unheard. As the development of arts and entertainment in the Kingdom continues, as part of which the country aims to become a regional hub for cinema, filmmaking and broader forms of cultural exchange, he believes the growth of Saudi cinema offers an ideal opportunity to achieve that goal.

“At this stage of national renaissance, where we are giving a voice to Saudi cinema, we need, in addition to the work that the Saudi film commission does to develop regulated creations, to have an interest in more collaborative efforts, whether that’s with Europe, India, or other counties,” Saeed said.

“I think cinema will become our language — and it’s a universal language — in the coming years.

“The importance of the European Film Festival in Riyadh is something we can’t argue about and I think it’s important to focus on presenting diverse cinematic content.”

The inaugural EFF, which aimed to promote European cinema and encourage the building of contacts between filmmakers in Europe and Saudi Arabia, took place between June 15 and 22. Saeed believes it was important in terms of helping to bridge cultural gaps and encouraging ongoing communication.

“I don’t think the festival presented films that are new to this audience, because the Saudi audience greatly follows (cinema), but it’s important for European filmmakers to meet this audience,” he said.

Saeed’s other current projects include a screenplay titled “Gharaq,” which translates as “Drowning,” which in June won the Best Feature Film Script award at the 2022 Saudi Film Festival. Saeed said that it explores the duality of forgiveness and revenge, adding: “A person can’t be free unless he forgives.”

The film is prepping for production, with filming due to take place in the east of the Kingdom. He is hopeful it will be a Saudi-German co-production.

Saeed’s 2021 film “Zawal” won a Golden Palm award for Best Short Film at the Saudi Film Festival, and a Golden Sail award at the Gulf Radio and Television Festival, which took place in Bahrain between June 21 and 23. It tells the story of an 8-year-old boy who lives with his mother in a refugee camp under quarantine following the outbreak of a mystery pandemic.

These were the details of the news Saudi authorities supervise readiness to ensure safe Hajj for this day. We hope that we have succeeded by giving you the full details and information. To follow all our news, you can subscribe to the alerts system or to one of our different systems to provide you with all that is new.