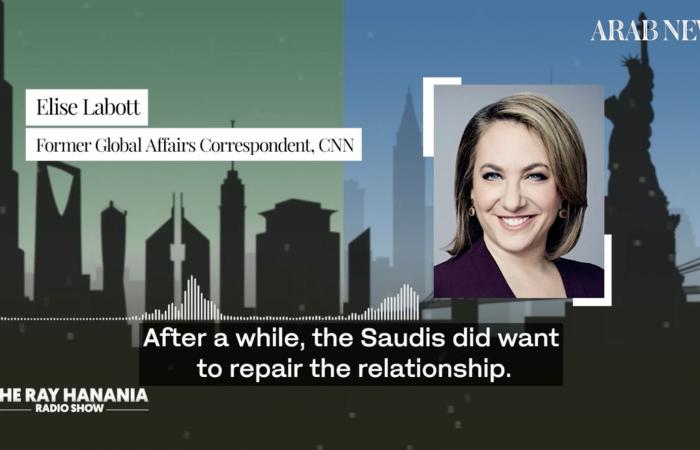 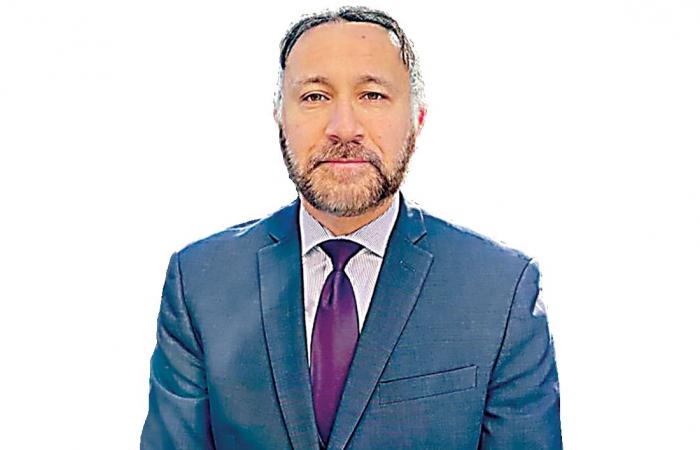 Thank you for reading the news about Biden’s team realized Saudi relationship was too big to fail, Politico columnist tells Arab News  and now with the details

Elise Labott, the former global affairs correspondent with the broadcaster CNN who is now a columnist with Politico magazine, had access to highly placed US and Saudi sources — both on and off the record — for an article published recently in the magazine.

Speaking on “The Ray Hanania Show,” which is produced by Arab News and broadcast weekly on the US Arab Radio network, she said: “Let’s be honest, I don’t think that President Biden ever really intended to treat Saudi Arabia as a pariah when he came to office and make that his policy, but the politics kind of got in the way and they were trying to move forward on the policy, but in secret because of the politics. After a while, the Saudis did want to repair the relationship. So, they did a lot of what the US asked them to do.

“But finally, they were just like, all right, in or out? There have been a series of visits over the course of the last year or so. National security adviser Jake Sullivan went out there. CIA director Bill Burns went out there.”

Labott said there was a recognition in the White House that “there are problems in the relationship … on the wider human rights front, but then whether it's security, or economically or in the region, the Saudis are a valuable partner and the US does need to reset the relationship.”

Other issues encouraged a recalibration, including the Russian invasion of Ukraine and soaring fuel prices in the US, Labott said.

“I think that when President Biden was on the campaign trail as a candidate he promised, of course, to treat Saudi Arabia as a pariah state, make them pay the price, and for a while they were pretty standoffish, but I think as time wore on, and certainly the war in Ukraine was really a catalyst for this, the US saw that the relationship with Saudi Arabia was too big to fail. And so, you had rising gas prices. You had the war inUkraine. You had a whole host of things where the US would look to that solid partner over the years, Saudi Arabia — this is a 75-year-old relationship.

“And because the Saudis, and Crown Prince Mohammed bin Salman in particular, were being kind of ostracized, finally they had had enough. Even though President Biden was saying this in public, in private he was sending emissaries to Saudi Arabia to say look, we want to reset the relationship. We want to move forward.

“And kind of in secret almost, there was this back-channel diplomacy going on for the last year or so in which the two sides were trying to make progress on a whole host of issues.”

Labott said Saudi influence on the global price of oil amid US domestic anger over the cost of fuel at the pumps was a driver of White House thinking — but far from the only one. “Well, a lot of people are reducing it to the oil and the Saudis are the biggest swing producer,” she said.

“The US is looking to them to stabilize markets, everyone is going to fill their car with gas at the pump, its over $5 and some places it’s $7, so the initial thought is can we get the Saudis to increase oil production so that will ease the pain?

“I think that the Saudis ultimately are playing hard to get, with the US having agreed to some oil production, I don’t think that’s going to make much of a difference for the US economy in the long run, that’s what experts say.

“I think if it is anything from stabilizing some of the economies in the region like Lebanon, for instance, or playing a mediator in Iraq or reaching out to Iran. Normalization with Israel. And then there is, you know, Saudi Arabia is on the Red Sea and there is a whole keeping trade lanes open in the Red Sea and mediating with Africa.

“If you look across the globe, most major foreign policy issues particularly in that part of the world, Saudi Arabia is the ‘gorilla in the room,’ and you can’t really get anything done if you don’t have them on the inside.”

Washington had functional relationships with many states without agreeing with them on every issue, Labott said, and it was important for the US to realize that it could not bend a country to its will. “Whether it’s in the UAE or Saudi or Bahrain or these Gulf states, they’re monarchies they’re not democracies, but if you ask the people by and large there’s not a lot of dissent … if you ask the Saudis whether they approve of Mohammed bin Salman, if you held an election, I think he’d win hands down. I think it’s recognizing these leaders as imperfect as they are and trying to find a way to move forward instead of trying to bend them to our will.”

As for what the US expected of Saudi Arabia, Labott said: “I think it’s just showing that leadership in the region that the US is looking for and that could be anything from standing on the right side of democracy against the war in Ukraine.

“We have one goal right now and that’s to beat Putin, and we need the Saudis to help us do that, so that means not doing anything with the oil market that will embolden President Putin … maybe not supporting sanctions in the way the US wants them to, but don’t do anything that will help President Putin, and I think if the Saudis want to be that leader, that’s what the US is looking for them to do.”
The radio show also featured an interview with Fahad Nazer, spokesman for the Saudi Embassy in Washington, who said that contrary to the views of some pundits there was a genuine appreciation in Washington of the important role played by Saudi Arabia and the significance of the relationship with the US. Biden’s decision to visit Saudi Arabia next month as part of his first Middle East trip was evidence of that, Nazer said.

“This dialogue goes a long way but I think there is an appreciation in Washington, as far as I can tell among congressional leaders and in the administration, that Saudi Arabia plays a very important role globally … in stabilizing international energy markets,” he said.
“We play an important role in helping bring stability and helping resolve some of the political crises in the region including the Yemen war … and we have played the leading role over the years in pushing back onmilitant non-state actors like Daesh, Al-Qaeda, the Houthis, Hezbollah and others. So, I think there is an appreciation for that very constructive role that the Kingdom plays.”

Nazer confirmed that Biden would hold separate meetings during his visit with King Salman and the crown prince, with a wide range of issues on the agenda. “The two leaders will discuss bilateral cooperation and joint efforts to address regional and global challenges including some of the newer challenges that the international community faces including cyber security, climate change, and environmental initiatives,” he said.

“At the same time the Kingdom is hosting a summit that will include the leaders of the GCC countries as well as the leaders of Jordan, Egypt and Iraq, and obviously President Biden will be attending that as well.”

Arab countries remained critically important role players in these discussions with “our most important strategic ally in the world,” Nazer said.

You can listen to the radio show podcast here: www.arabnews.com/RayRadioShow

These were the details of the news Biden’s team realized Saudi relationship was too big to fail, Politico columnist tells Arab News  for this day. We hope that we have succeeded by giving you the full details and information. To follow all our news, you can subscribe to the alerts system or to one of our different systems to provide you with all that is new.