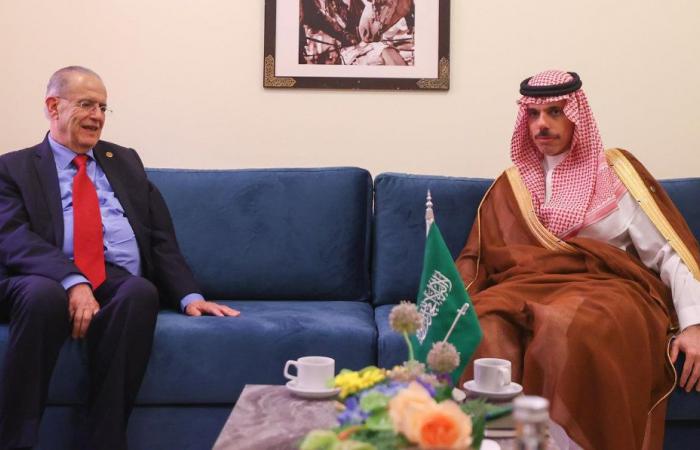 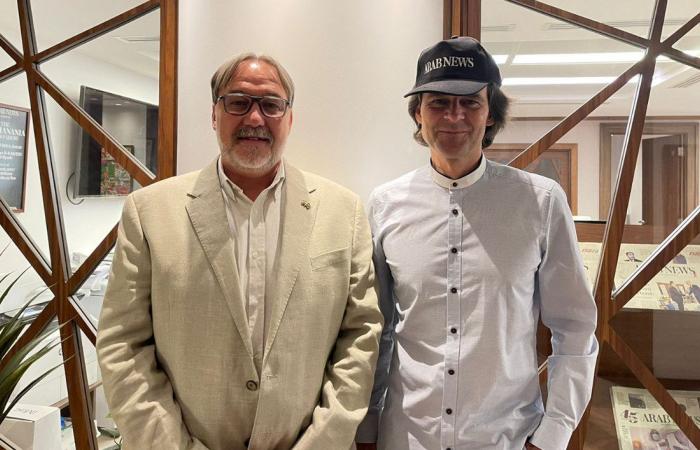 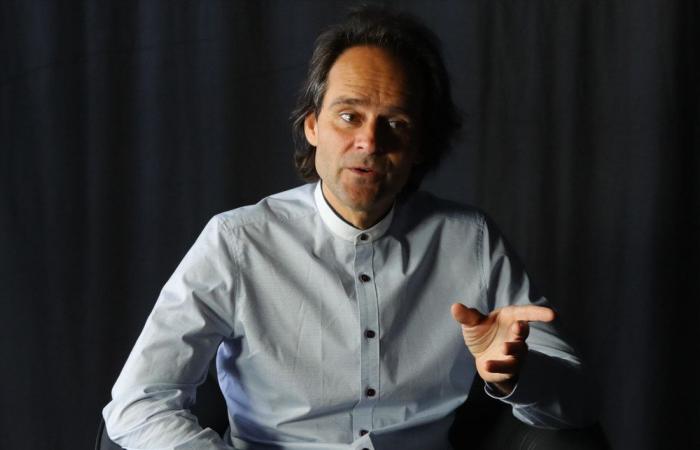 “You know, it is easy to say that you like a place, and there are several places in the world that I like very much, but there was only one place that I was inspired by, to write a symphonic poem for a full-size orchestra and that was AlUla,” Boganyi said.

The musician and composer has dedicated his career to performing worldwide and passing on his knowledge through mentoring.

Visiting Arab News headquarters in Riyadh, Boganyi discussed his love for performing in the Kingdom, his creative composing process, and his insights into the growing music industry in Saudi Arabia.

Boganyi is also the inventor of the Boganyi piano, the style of which preserves the traditional integrity of the instrument’s structure but uses modern materials such as carbon fiber composite in the design.

Boganyi played his creation in the Kingdom during his first visit.

“It was absolutely amazing to come here with our new piano, to present the piano, and to play the first concert in the history of Saudi Arabia back in 2017, both in Riyadh and in Jeddah,” he said.

“It felt like I am a part of history … and I tried to be humble and responsible enough to fulfill this mission.”

On his first day back in Riyadh, the maestro performed a concert at the German Embassy, followed by a lecture and master class for pianists at the Saudi Music Commission.

“After the concert, I was listening to some of the Saudi students, which was an absolutely unique experience, a great action I would have never expected,” Boganyi expressed.

With the cultural and art sector in the Kingdom quickly expanding and empowering young talents, there is so much potential to be discovered.

“Our culture and our life in the world are usually somewhat overcooked sometimes. Therefore, I see a historical chance here where musical education has not been a part of hundreds of years of education,” he added.

When mentoring the Saudi students, the composer saw an “honest” and simple methodology to their performances.

“Well, it was a fantastic experience to see the dedication and the honest attitude of the Saudi students. I was really moved by it straight away,” Boganyi said.

He highlighted that with such talents and simplicity, there is an opportunity to develop something extraordinary in the Kingdom.

“I have seen great developments already since I have been here the last time (in 2019). There is a historic chance to direct musical and educational life in a really powerful way at this moment,” he said.

On his visit to the Kingdom in 2019, Boganyi self-composed a symphony inspired by the beautiful landscapes of AlUla.

“I have visited AlUla, the historical place, city, and surroundings, and I was deeply moved by what I had seen,” he said.

Boganyi composed a symphony dedicated to the four elements of AlUla that he drew inspiration from — the land, flavors and smells, night sky and the rising sun.

“The smells, not only of the food and the coffee which I like very much, but the smell of nature as well,” he stated. “The night, which is silent in the desert, but still there is a mystical message within the silence because the silence is not a dead silence.”

“Composition is the most complex inspiration, which targets the audience in the first place. So, for example, for the AlUla symphony poem, I was trying to combine the Western musical culture with the Arabic musical flavor and present it in a musically understandable manner,” he said.

The composer aimed to create a “romantic movie approach” to the symphony that developed a spiritual connection to each person.

“The essence of the composition is through the soul of a person, so I need to be very open-minded, but also the soul must be open toward the people that are going to listen to it,” he explained.

The composer dedicated three months, day and night, to the 33-minute symphony.

“I am moved by the power of the scene, of the space and the sand and the dunes and the rock, and then the sun as well, and when it rises it is such an emotional moment, and the fourth movement is like the victory of the light over the darkness,” he said

The composer told Arab News that he was born into a musical family, so he took up the piano and other instruments quickly.

“Right away going to the piano and it had such an attraction that I couldn’t resist, and then it was the most natural thing that I became a musician,” he highlighted.

On Tuesday evening, he concluded his visit with his second performance in Riyadh, featuring music by some of the greatest composers, such as Chopin and Liszt.

When asked if he would make any future visits or performances to the Kingdom, he said: “As far as I am concerned, I am ready to come back next week.”

These were the details of the news Saudi FM meets Cyprus counterpart in Marrakesh for this day. We hope that we have succeeded by giving you the full details and information. To follow all our news, you can subscribe to the alerts system or to one of our different systems to provide you with all that is new.