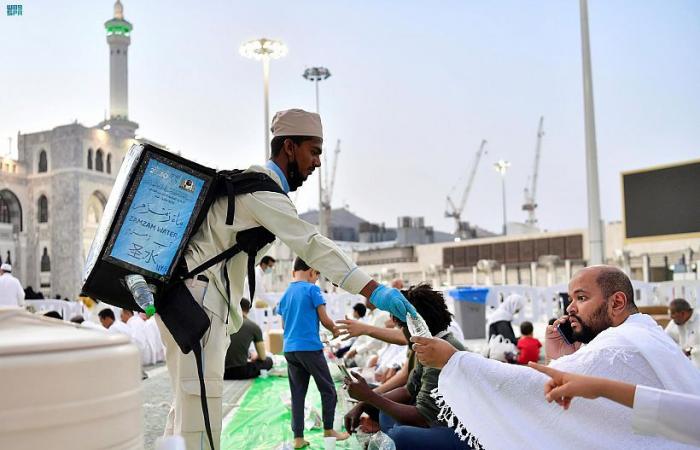 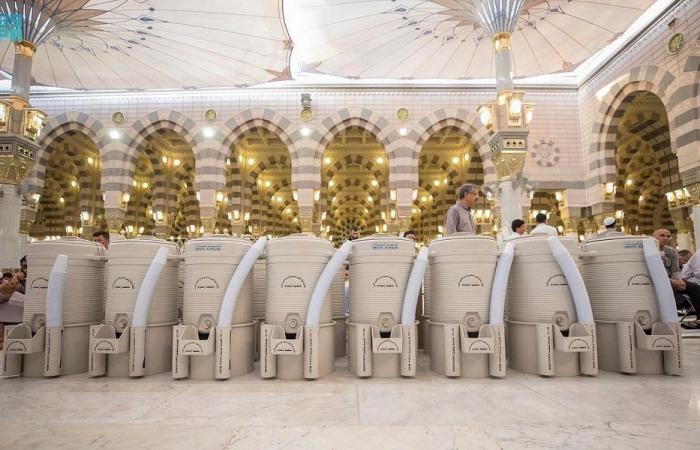 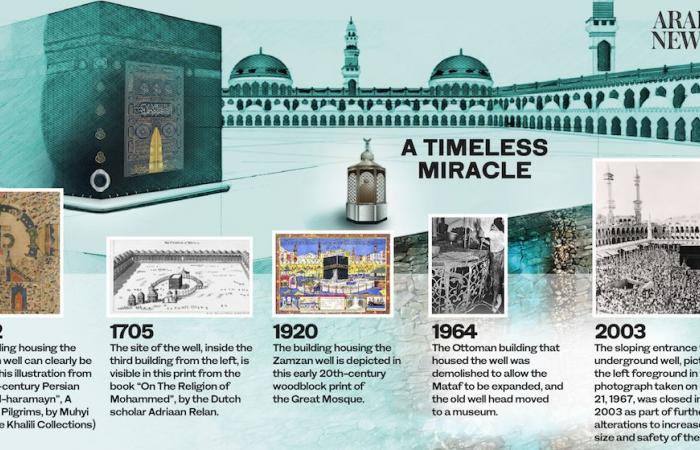 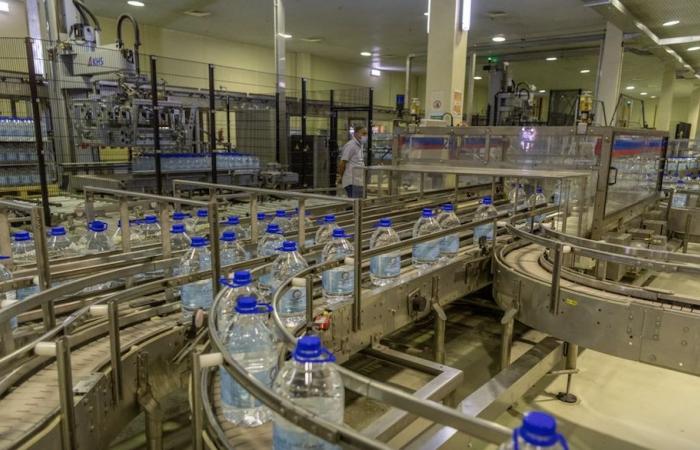 Jeddah - Yasmine El Tohamy - LONDON: Zamzam water, drawn from the well beneath the Grand Mosque in Makkah, is at the very heart of the ancient beliefs that underpin the Islamic faith.

Yet in the 21st century, science and technology have been recruited to ensure that the holy water is both safe for human consumption and continues to flow to meet the needs of the millions of pilgrims who visit the Two Holy Mosques every year.

Historians and geologists agree that the Zamzam well, located just 20 meters to the east of the Kaaba in the Grand Mosque, may be at least 4,000 years old.

Muslims believe it was built over the spring that gushed forth miraculously to relieve the suffering of Hajar and Ismael, the wife and infant son of the Prophet Ibrahim, who had been left alone in the desert at Allah’s command.

The 9th-century Sahih Al-Bukhari, regarded as the most authoritative of the collections of hadith recording the sayings and teachings of the Prophet Muhammad, relates how Hajar, searching desperately for water, ran seven times between the hills of Safa and Marwa before the angel Jibril appeared and caused water to flow from the barren ground.

According to the Saudi Geological Survey’s Zamzam Studies and Research Center, the name Zamzam “originates from the phrase Zome Zome, meaning ‘stop flowing,’ a command repeated by Hajar during her attempt to contain the spring water.”

Over time, the area around the well became a resting place for caravans, growing eventually into the city of Makkah, which in 570 CE became the birthplace of the Prophet Muhammad.

At some point during the Ottoman era, the well was enclosed within a building. Over the centuries this underwent numerous alterations until it was finally demolished in 1964, when the Mataf had to be expanded to cater safely for the ever increasing number of pilgrims. The well was covered over and its opening repositioned in a basement 2.5 meters below the surface. 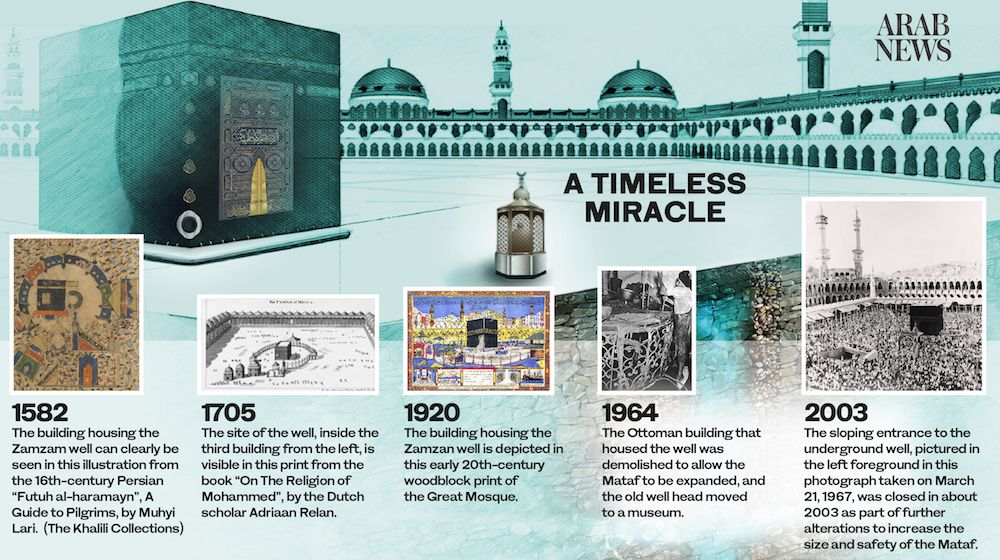 Within living memory, water was drawn from the well as it always had been — hauled to the surface in a bucket on the end of a rope — but today electric pumps can draw up to 18.5 liters per second. The well’s old mouthpiece, complete with pulley and bucket, can be seen in the Exhibition of The Two Holy Mosques Architecture in Makkah.

Zamzam water originates in the aquifer below Makkah — layers of alluvium (sand and gravel) above water-bearing rocks that absorb rainfall and runoff from the hills around the city.

Monitoring the level of the water in the well and the surrounding aquifer is the responsibility of the Saudi Geological Survey’s Zamzam Studies and Research Center and, despite the great seasonal variation in rainfall, and the ever growing number of pilgrims, the well has never run dry.

In 2013, the opening of the King Abdullah bin Abdulaziz Zamzam Water Project (KPZW), built at a cost of SR700 million ($187 million), revolutionized the way water from the well was extracted, monitored, treated and distributed.

The water is pumped through underground stainless steel pipes to the KPZW plant at Kudai, five kilometers south of the Grand Mosque. Here, it is purified and sterilized, using filters and ultraviolet light, and the entire operation is controlled and monitored in a high-tech central control room.

After treatment, the water is transferred to one of two storage reservoirs. The first, at Kudai, has a capacity of 10,000 cubic meters and supplies water through pipes to drinking fountains in the Grand Mosque in Makkah.

From Kudai, a fleet of tanker trucks transports up to 400,000 liters a day to the King Abdulaziz Sabeel Reservoir in Madinah, which has a capacity of 16,000 cubic meters and supplies water to the Prophet’s Mosque.

Ensuring Zamzam water meets the highest international standards for drinking water is the responsibility of the General Presidency for the Affairs of the Grand Mosque and the Prophet’s Mosque. Under its direction, 100 random samples are taken every day and tested for microbiological and chemical purity in a laboratory within the Grand Mosque.

These were the details of the news How Saudi authorities overseeing the holy Zamzam well have moved with the times for this day. We hope that we have succeeded by giving you the full details and information. To follow all our news, you can subscribe to the alerts system or to one of our different systems to provide you with all that is new.