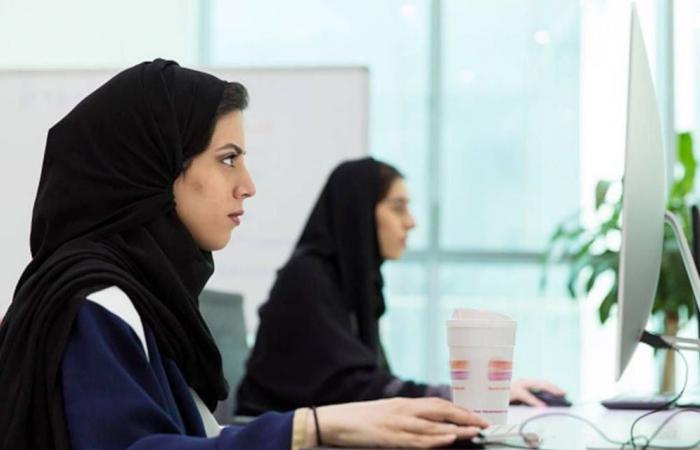 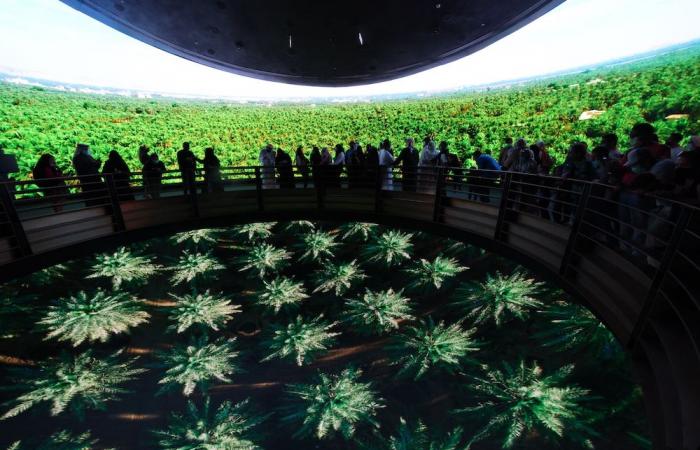 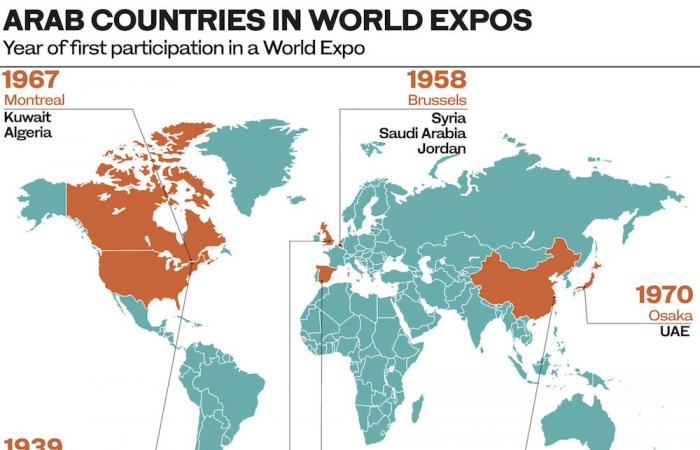 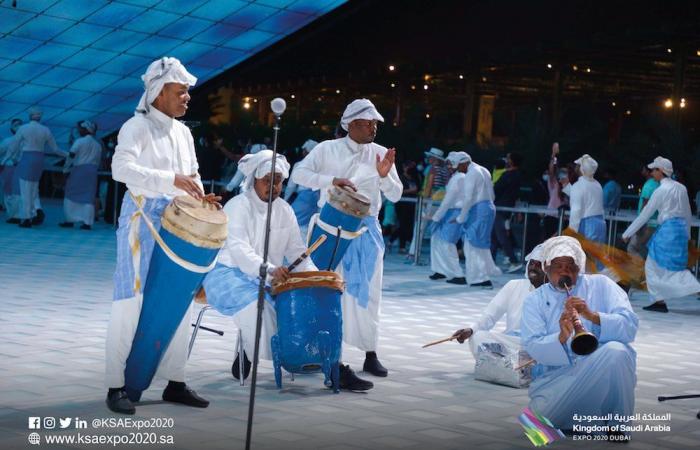 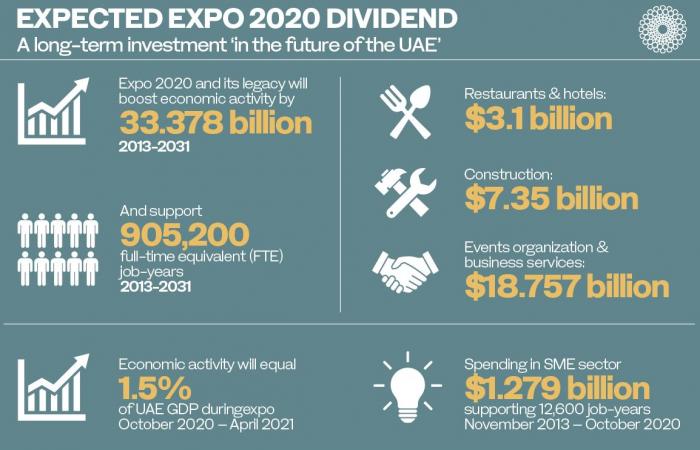 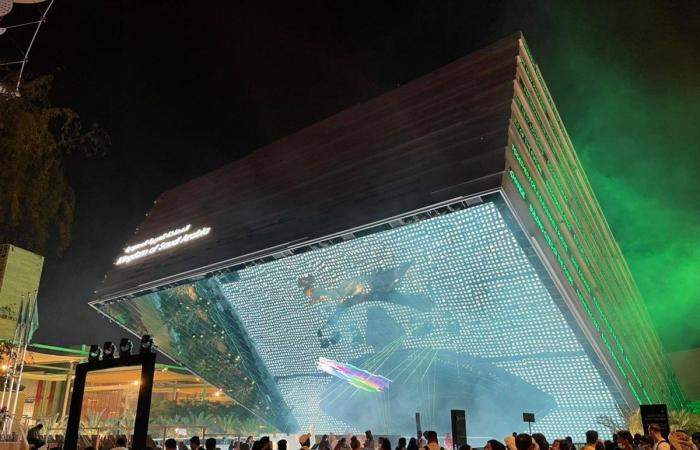 DUBAI: Saudi Arabia’s award-winning pavilion held its closing ceremony at Expo 2020 Dubai’s Opportunity District on Monday night, after organizing workshops, shows and exhibitions for six consecutive months during which the Kingdom’s culture, development and investment potential was in the international limelight.

As the Arab region’s first ever World Expo draws to a close this week, Saudi Arabia has emerged as a strong contender to host Expo 2030, having already won multiple international endorsements for its formal bid launched late last year.

The consensus view is that the combination of a record-breaking pavilion and attention-grabbing program of events at Expo 2020 Dubai has greatly strengthened Saudi Arabia’s case for hosting the prestigious global event in its capital, Riyadh, in 2030.

“For Saudi Arabia, Expo 2020 Dubai provided a major and highly visible platform to highlight the exciting opportunities and experiences available in the Kingdom, especially as it opens up to the world at an unprecedented scale,” Hussain Hanbazazah, the Saudi pavilion’s commissioner general, told Arab News.

Crown Prince Mohammed bin Salman announced the Saudi bid to host Expo 2030 in October last year and the Kingdom submitted its formal application in December to the Bureau International des Expositions, the organization behind the expo.

In its presentation to the BIE in December, Saudi Arabia outlined bold plans to transform Riyadh and the rest of the country into a world-class venue for global connectivity, culture and climate action.

Saudi Arabia’s bid is based on the theme “The Era of Change: Leading the Planet to a Foresighted Tomorrow.” If the Kingdom is successful, the expo would take place in Riyadh from Oct. 1, 2030 to April 1, 2031.

“The BIE is pleased to receive this letter of candidature from the Kingdom of Saudi Arabia, the fifth country to seek the organization of World Expo 2030,” Dimitri S. Kerkentzes, secretary general of the BIE, said upon receiving the formal application from Crown Prince Mohammed bin Salman.

He added: “The strong interest in hosting World Expo 2030 attests to the global desire to reconnect with each other and to build a future that is more sustainable, by fostering innovation and cooperation.” 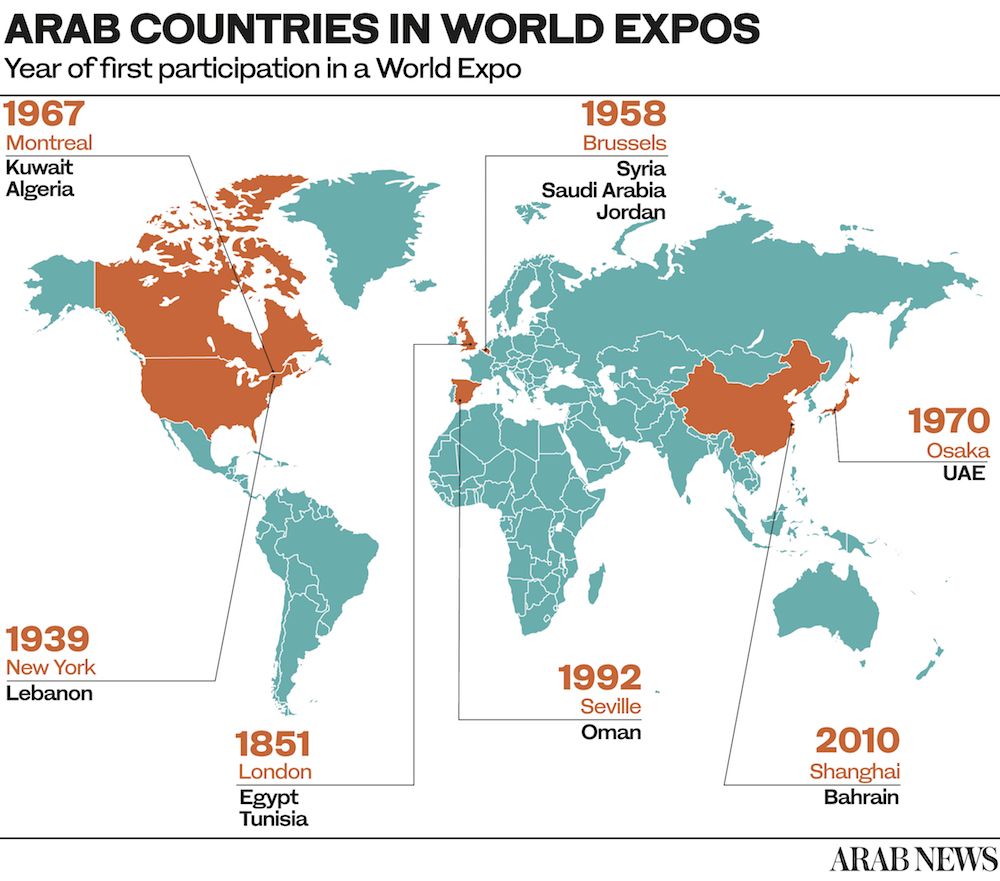 As part of the Saudi bid, Fahd Al-Rasheed, CEO of the Royal Commission for Riyadh City, announced in November last year that the Kingdom plans to build one of the world’s biggest public transport networks, establish a green space in the heart of the city that is four times the size of New York City’s Central Park, plant 15 million trees, and turn the Saudi capital’s streets into works of art.

“The transformation is not occurring only in Riyadh, it is sweeping the country,” Al-Rasheed said. “Riyadh will be more than ready to host the World Expo. It will be a perfect manifestation of what the World Expo aims to achieve to bring together the world’s best minds, ideas and solutions.”

Central to Riyadh’s urban redevelopment plan is sustainability, according to Al-Rasheed, with environmental preservation and the goal of cutting carbon emissions by half in less than a decade at the forefront of the project.

“As a first time competitor, Saudi Arabia’s candidature represents an important and symbolic challenge for our nation and one that we will embrace with full commitment,” he said.

Five countries, including Saudi Arabia, Italy, South Korea, Russia and Ukraine, are in the running to host the event. Many believe that owing to the conflict in Ukraine and the package of stringent sanctions placed by Western countries on Russia, it is unlikely that the latter two will succeed in their bids.

Saudi Arabia has already won significant backing for its expo bid. In November, the Organization of Islamic Cooperation pledged its support for the Kingdom’s application.

Since then, several African nations have also registered their support for the Saudi bid, including Djibouti, Morocco, Mauritania and Zambia.

Saudi Arabia first participated in a World Expo in 1958 when the event was hosted in the Belgian capital, Brussels. It has actively participated in World and Specialized Expos ever since.

The Kingdom’s enthusiasm and engagement in these events has not gone unnoticed. At a Specialized Expo 2008 in the Spanish city of Zaragoza, Saudi Arabia was handed a silver award for its pavilion design. This was topped two years later with a gold award at the World Expo 2010 Shanghai in China.

The tradition of World Expos began in London in 1851 with the Great Exhibition — a monumental celebration of scientific and technological advancement, but also a fascinating display of curiosities from around the world, reflecting an age of accelerating transport and communications, and seemingly boundless potential.

Since then, World Expos have been occasions to share and celebrate the innovations and discoveries of the day, while also reflecting on the shared challenges facing humanity in the hope of identifying shared solutions. The next World Expo is due to be held in Osaka, Japan, in 2025.

These global events, which are held roughly every five years and take place over a period of six months, take visitors on immersive journeys built around a common theme. Welcoming tens of millions of visitors, World Expos allow participating countries to build extraordinary pavilions, transforming host cities for years to come. 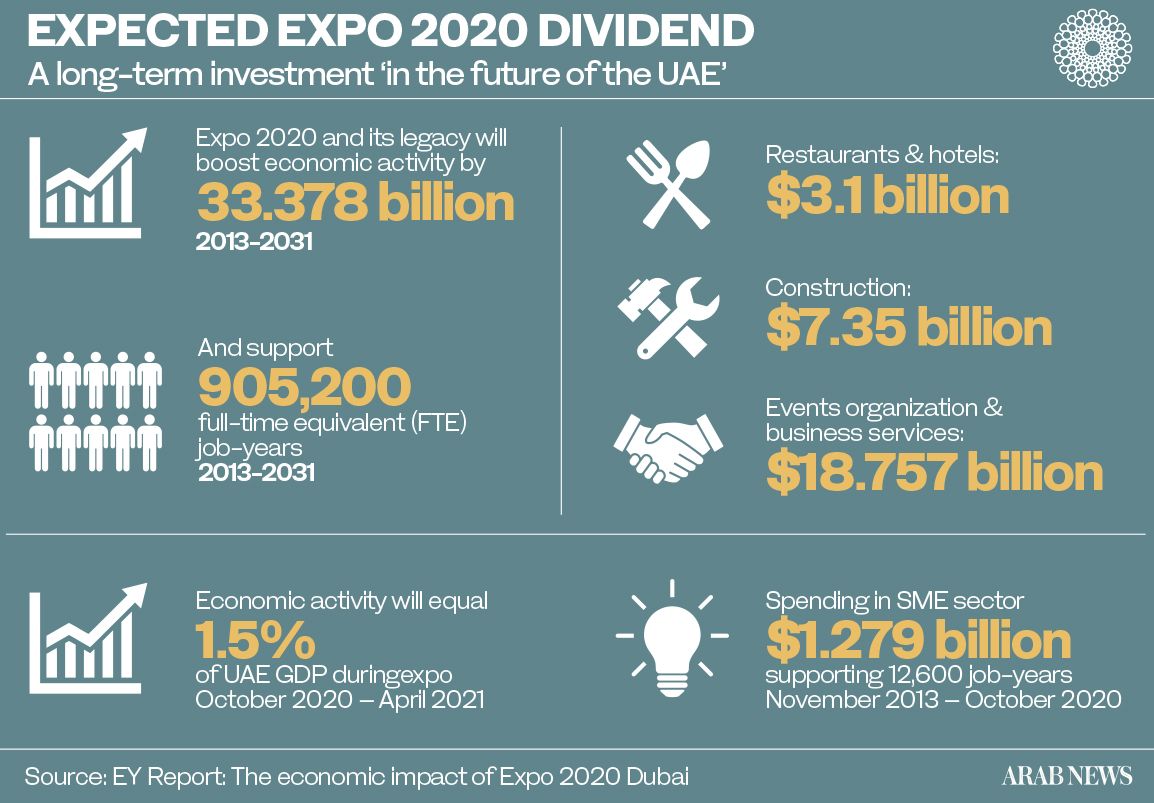 By all accounts, Expo 2020 Dubai has been a resounding success, drawing some 10 million visitors to the UAE’s biggest city since the event opened on Oct. 1 last year. By March 25, the Saudi Pavilion alone had welcomed some 4.6 million visitors, including 7,566 school visits.

The pavilion hosted more than 230 unique programs, including 35 that were tailored specifically towards children to teach them about Saudi history and culture in a playful and engaging setting.

The pavilion also hosted 11 business programs with the objective of driving growth and investment, while also promoting tourism and entertainment opportunities in the Kingdom. Several of these events were co-curated with other pavilions with the aim of building cross-cultural bridges and identifying common commercial interests.

Central to the Saudi pavilion’s events and exhibits, and key to its bid to host Expo 2030, are the objectives of the Kingdom’s economic and social reform agenda, Vision 2030.

“Expo 2020 Dubai is the first expo that Saudi Arabia has participated in since the launch of Vision 2030, our national transformation strategic framework, which is ushering in big changes in our country,” said Hanbazazah.

The agenda, launched by the crown prince in 2016, aims to transform Saudi Arabia into a global investment powerhouse, to diversify its economy away from oil and to embrace sustainable high-tech industries with the ultimate aim of becoming the world’s 15th largest economy by the end of the decade.

The jewels in Vision 2030’s crown are undoubtedly the Kingdom’s new giga-projects, from the Red Sea Project, a luxury sustainable tourism development taking shape on the Kingdom’s west coast, to NEOM, the clean energy-driven smart city of the future under construction in the Kingdom’s northwest.

To promote these investment opportunities, the Saudi pavilion at Expo 2020 Dubai included a “Business Park,” an innovative platform connecting investors from around the world to forge partnerships and discuss opportunities, and a “Discovery Center,” where visitors were invited to learn more about the Saudi economy, its competitiveness and the unprecedented reforms that have taken place in the Kingdom.

“We are very proud that our national pavilion was very popular, with one in every four Expo visitors visiting our pavilion,” said Hanbazazah.

“We invite everyone who hasn’t visited it yet to come and live the experience for themselves before the expo closes its doors on March 31.”

These were the details of the news Reforms pay dividends as Saudi women enter jobs market for this day. We hope that we have succeeded by giving you the full details and information. To follow all our news, you can subscribe to the alerts system or to one of our different systems to provide you with all that is new.