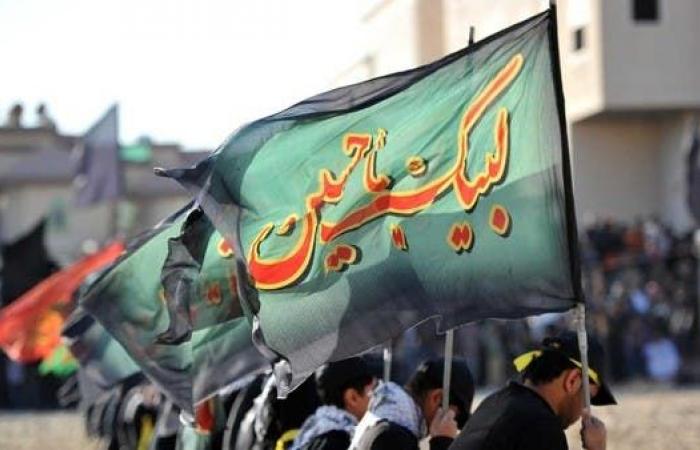 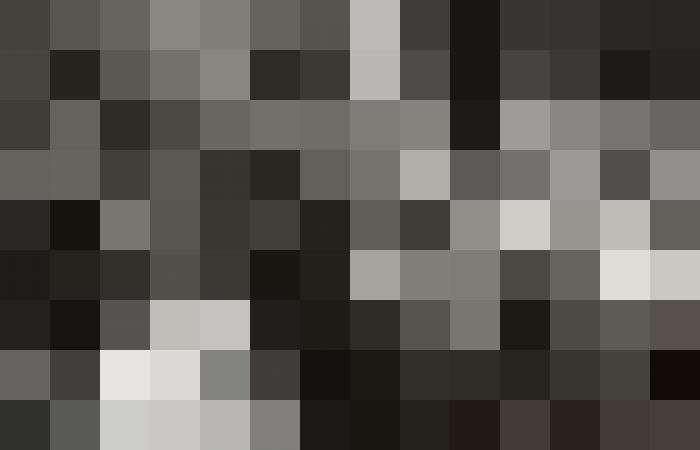 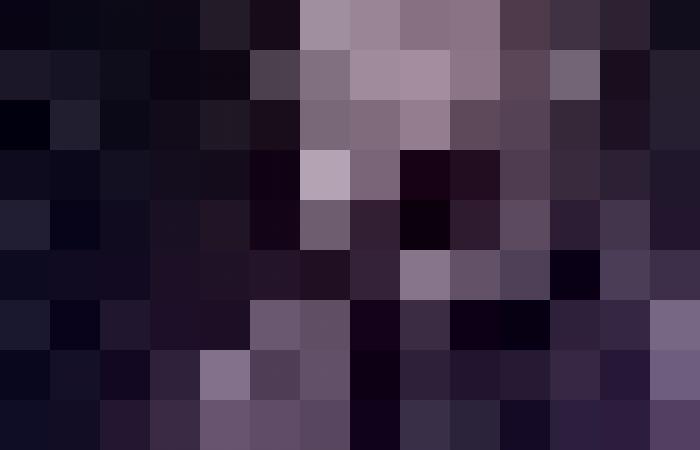 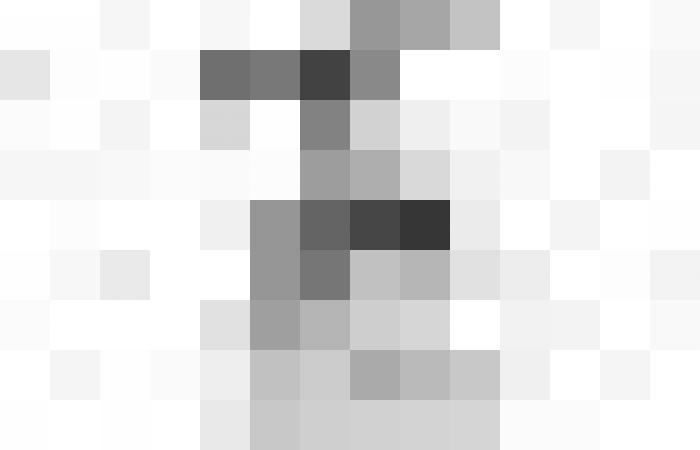 As current as it was, it was not the result of its moment. Those discussions that are currently taking place among Saudi Shiite citizens about “political Islam” and the “local movement” it produced were the action and reaction to the “Sunni Awakening” throughout an era. The eighties AD, and the surrounding political and security conditions in the Arabian Gulf.

These discussions, whether between elites or in diwaniyas, councils, and WhatsApp groups, are the product of a cumulative debate that extends back to 1979, when Mr. Ruhollah al-Mousawi Khomeini returned from France to Iran, and Juhayman al-Otaibi occupied the “Holy Mosque of Mecca.” “Political Islam” in both its Sunni and Shiite parts – without neglecting the influence of previous organizations and writings on this history – and the organizations it produced among Saudi Shiites, specifically the “Organization of the Islamic Revolution in the Arabian Peninsula” and “Hezbollah Al-Hijaz”, two formations that at the time attracted groups From the youth, through their religious and media-political discourse, for several reasons that need a detailed explanation!

For decades, away from the spotlight and the media, a group of Saudi Shiite youth and intellectuals engaged in many lively discussions, which moved between several councils in: Qatif, Saihat, Safwa, Awamiya, Tarout, Dammam, Al-Ahsa, and even private salons in Riyadh, and the rooms Student housing at King Saud University in the capital. That is, awareness of the importance of revising religious discourses, rather reconstructing them, and overturning their cognitive and jurisprudential foundations, is an act characterized by permanence, not interruption. It is not a sudden revolutionary practice that was born in a moment of social or conceptual explosion, but rather subjective experiences that created serious reviews, which contributed to expanding the margin of freedom of speech and disclosure, reducing the level of fear and puns, increasing the level of boldness, and entrenching “individualism” and the conviction of critics in their ability to speak out without apprehension.

As part of the self-narration, disclosure, and history of the experience, I remember, around 2005, I published in the London newspaper “Al-Hayat”, in the “Shabab” supplement, which was supervised by my friend Hazem Al-Amin, a report entitled “Religious singers.. a religious superstar.” At the time, it sparked widespread controversy, to the extent that one of the well-known Al-Taziah readers in the Gulf, the Bahraini Sheikh Hussain Al-Akraf, wrote an extensive response to the report. Also, a less well-known singer from Qatif called “Abu Jawad”, replied to me in one of his condolence poems, on a religious occasion held in the “Al-Awekab” locality. These details are marginal in the eyes of some, but they are important, because they give an image of the vital interaction in society, before the culture of “Social Media”, and because it is related to a change that occurred after a while and remained in a state of flow, to the extent that until recently I was receiving comments from Friends, who at the time were critical of what I write, but now they are on the same side, standing with me, supporting what they once considered “unjust stoning” against religious singers!

In 2006, I wrote an article in the Bahraini newspaper “Al-Waqt”, which was a rich experience, which the Gulf press lost, after stopping for financial reasons. Where he was supervising the “Al-Rai” page, the journalist Mohamed Fadel, who came with his experience from the “Agence France Presse”, and was able to establish a diversified daily page, in which he wrote: Islamist, liberal, conservative and leftist… At that time, I expressed a viewpoint that was shocking to many, in which I criticized The Salafist discourse in Shiite societies, and the exclusionary practices adopted by a group of religious currents, and considered that “Salafism” despite the different sects, but it intersects with each other in its position rejecting pluralism and heterodoxy. Because the root of Salafism is “exclusion”, and therefore any exclusionary position is at its core a radical Salafi position, with the importance of paying attention to the final formation of each “singularity” or “concept” when it is linked to a specific context or a culture that carries it, casting its shadows and historical legacy. .

At the time, people were not used to using the term “Salafism” in the Shiite community. I received many responses and criticisms, and despite their harshness, they did not make me retreat because of my belief in the correctness of my idea, and the lack of a convincing and scientific counter-criticism. However, I will come back and say: Those who defended me at the time and stood on my side are a group of friends, the sons of the “Shiite movement” themselves, who disagreed with me, but believed that we are the sons of one country, one loaf of bread, a common childhood, and love that accommodates all, and because they They were “true believers” whose hands were not tainted with blood, or their conscience betrayed their homeland, and they did not raise a weapon in the face of security men or civilians. Rather, they were young dreamers, whose heavens might have failed their dreams, so they did not take them to the side that poured rain!

Certainly, I received support from some intellectuals, here or there. And to be more frank: the intellectuals from outside Qatif and outside Saudi Arabia were more cheerful about what I write of critical material on the local religious heritage than the intellectuals of the same sect. I don’t know a good reason for that, but it may be isolation, hesitation, blurring of vision, unwillingness to enter thorny areas, or other reasons that I am not aware of.

The logo of the Hizbullah organization, the Hijaz, which is classified as a terrorist in Saudi Arabia

It is true that the dynamic religious scholars in the Saudi Shiite community, especially from the currents of the Organization of the Islamic Revolution in the Arabian Peninsula and Hezbollah Hejaz, and even those traditionalists far from politics, most of them were not happy with the intellectuals competing with them, and they looked at them with apprehension, because they They spread “misguided” ideas or “spread corruption” according to their point of view, and launched harsh attacks against some independent intellectuals, and exercised a social blockade against them. However, the intellectual also abandoned his role for one reason or another, leaving the “Hammer of Nestle” aside, preferring seclusion, and preferring safety , and away from confrontation.

Certainly, not everyone left the arena; Some from the beginning did not engage in knowledge with the religious trend, others retreated after their souls got tired, and others remained silent due to social pressures, but “resistance” was possible, because without that, the intellectual loses his identity, and his enlightening role ceases to exist.

This “resistance” to doctrinal static is now evident in the writings and stances of Gulf personalities, who were brave and scientific in criticizing “political Shiites, such as: Kamel Al-Khatti, Muhammad Al-Harz, Rashid Al-Khayun, Fakher Al-Sultan, Khalil Ali Haider, and others.”

The price of enlightenment!

There is a simple logic: the void will not last, it will be filled with honey or poison! Also, the right is taken away. The logic of force imposes itself. The victor will only give the vanquished a look of contempt or pity, with a sly smile and an implicit curse. From here, the intellectual had to extract his right from the lion’s mouth. To extend his bare hand without fear of fangs, because he will discover that they are milk teeth, which will fall out at the first bite. Even if it kills him, it will not cut off his hand, nor will it turn his skull into a ball tossed by the killers’ legs! The “Shiite political Islam” in the eastern region of the Kingdom at that time, specifically in the eighties, was not violent in the physical sense of the eliminatory in the local social milieu, or a takfiri militia that strips the different of the sanctity of his money, honor and spirit.

True, there was “symbolic violence”, taking the forms of insults, verbal threats, and perhaps fistfights, and enthusiastic teenage boys, all of which are costs that those who consider “enlightenment” are not just an individual, artistic, recreational option… can bear it, because the conflict is part existence, and its main driver.

Violence against the Shiite sect, physically, became apparent later on, after what was known as the “mobility” in 2011, and the terrorist acts that took place in the Qatif Governorate, when outlaw armed groups spread and tried to assassinate the engineer, Nabih Ibrahim, executed Sheikh Muhammad Al-Jirani, and set fire to the state. Fire in a number of places and volleys of fire .. In addition to a plot that was arrested before its implementation, when the security authorities arrested a group of young men, linked to Ahmed Al-Mughassil, a prominent figure in the military wing of “Hezbollah Al-Hejaz”, whose tasks were to plan operations An assassination, according to some sources, but the follow-up of the “State Security” thwarted their terrorist endeavors.

This cumulative legacy, the changing conditions for the better in the local public space, the fading of radical takfiri voices, by the force of law, and the “civil” atmosphere spread by the “Kingdom Vision 2030” makes serious scientific revisions possible, enabling a greater number of Saudi intellectuals, youth and Shiite scholars to access In it, through dialogues and writings far from politicization, incitement, settling accounts, and current and partisan trials; Because revisions are an act of healing from past diseases, benefiting from experiences, and forming a societal-national awareness of the new generation, freeing it from the sayings of “kinetic Islam.” Although its impact has declined compared to past times, it still has an attractiveness and ability to influence, among those who They can not distinguish between dirt and dust!

These were the details of the news “Shiite movement” in Saudi Arabia… Early debates of change! for this day. We hope that we have succeeded by giving you the full details and information. To follow all our news, you can subscribe to the alerts system or to one of our different systems to provide you with all that is new.

PREV My stories tell the story of every Saudi woman: Elham Dawsari
NEXT Who’s Who: Avinash Pangarkar, CFO of ROSHN, the national real estate developer