The Houthi attacks on Saudi Arabia and the UAE are a... 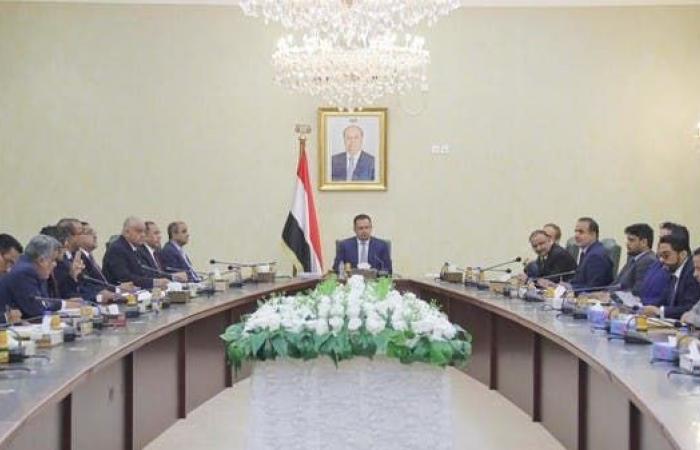 Today, Wednesday, the Yemeni Cabinet affirmed that terrorist attacks on civilian objects and civilians in the UAE and Saudi Arabia indicate the growing threat that Iran’s arm in Yemen has posed to the security and stability of neighboring countries, the region and the world, and to the safety of international navigation in the Red Sea.

In its meeting in the temporary capital, Aden, the Cabinet discussed the dangerous escalation of Iran’s tools and terrorist attacks that targeted vital interests in the UAE and Saudi Arabia, the threat to international navigation by hijacking the Emirati ship “Rawabi”, and other acts that threaten the security and stability of the region and the world.

And the official Yemeni News Agency reported that these terrorist acts were discussed, and the existing coordination with the coalition to support legitimacy led by Saudi Arabia, as well as the international community to deal with them, put an end to them and deter their perpetrators, by working to complete the restoration of the state and end the Houthi coup and Iran’s bloody project in Yemen.

The Yemeni cabinet stressed that this persistence and dangerous escalation by the terrorist Houthi militia proves once again its continuous endeavor, at the behest of Iran, to spread terrorism and chaos in the region. march and smuggle missiles and weapons to them.

He also noted the declared and clear international positions in standing firm towards the Iranian-backed Houthi escalation to preserve the security and stability of the region, and the consequent responsibility of supporting the Yemeni people and the coalition to support legitimacy to complete the restoration of the state and implement the binding international resolutions rejecting the Houthi coup.

In the meeting, Yemeni Prime Minister Maeen Abdul-Malik touched on developments at the military, political and economic levels, in light of the victories achieved in the liberation of Bayhan districts and the continuous advances in Marib, Al-Jawf and others, which he said “give hope to the Yemeni people that salvation is approaching from the Iranian-backed Houthi coup, and the importance of continuing Unity of ranks to win the fateful battle of Yemen and the Arabs.

The Yemeni Cabinet valued the military support and backing provided by the Coalition to Support Legitimacy, led by Saudi Arabia and the UAE, to support the Yemeni people in this existential and fateful battle against Iran’s bloody and subversive project that targets the security and stability of Yemen, and poses a threat to Arab national security.

These were the details of the news The Houthi attacks on Saudi Arabia and the UAE are a... for this day. We hope that we have succeeded by giving you the full details and information. To follow all our news, you can subscribe to the alerts system or to one of our different systems to provide you with all that is new.