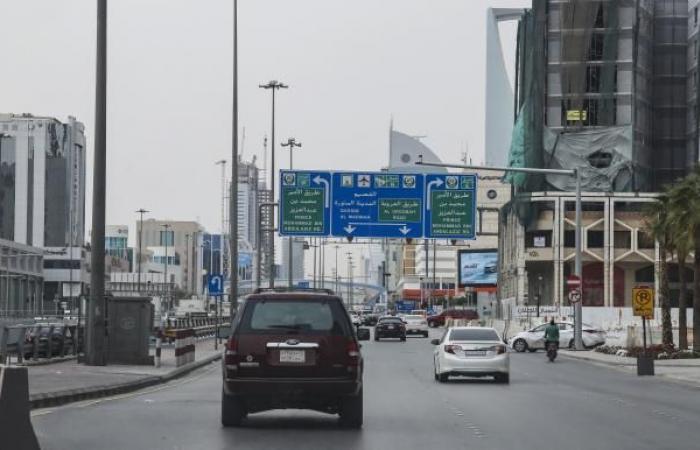 Saudi Arabia launched Vision 2030 in April 2016, an ambitious plan that includes extensive reforms aimed at transforming the kingdom into a global investment power and ending the country’s economy’s dependence on oil as a major driver of the economy, by targeting a policy of economic diversification, deepening productive sectors, and maximizing tourism revenues.

The Saudi vision, as announced at the time, aimed to increase non-oil revenues to 600 billion riyals ($160 billion) by 2020 and one trillion riyals by 2030. The vision did not reveal ways to achieve these goals, figures that have been largely unattainable so far.

The economic website “Forbes” revealed a significant decline in internal investments in the Kingdom in 2021, describing it as touching the ground, and data issued by the Saudi Central Bank showed that foreign investment amounted to 1.75 billion dollars in the third quarter of 2021, very low. for the record $13.8 billion in the second quarter, which was boosted by a pipeline network deal for Saudi energy giant Aramco.

Perhaps this sharp decline in foreign investments is what prompted Crown Prince Mohammed bin Salman to launch the National Investment Strategy in mid-October, which aims to raise net foreign direct investment inflows to 388 billion riyals ($103.5 billion) by the year 2030, as part of the goal of increasing domestic investment to 1.7 trillion riyals ($453 billion) annually by 2030, all of which seem imaginary and far from reality in light of the current numbers.

In general, the importance of the new strategy lies not only in emphasizing that foreign investments represent the backbone of Vision 2030, and that the decline of these investments threatens their success, but also because it sends messages of reassurance to foreign investors who have questioned a lot about the investment climate in Saudi Arabia and its stability, especially after the restrictions on senior men Business and other personalities in 2017, which the authorities described as an anti-corruption campaign, and led to a sharp decline in foreign investments in the kingdom.

There are also concerns among private sector companies due to the huge tax bills demanded by the government by foreign companies such as “Uber” and “Careem”, and Riyadh’s threat to multinational companies has led to the loss of significant economic opportunities in the Kingdom, if they do not move their headquarters to Saudi Arabia, to CEOs residing in places like Dubai, which are less conservative and offer better amenities, grumbled.

Vision challenges broader than foreign investment
The main problem of the Kingdom’s strategies seems deeper than the return of confidence necessary to attract foreign investments. The large numerical exaggeration and unrealistic goals are the great challenge facing the vision. For example, the vision aims to increase the proportion of non-oil exports from 16% to 50% of the non-oil GDP, Reducing the unemployment rate to 7%, and bin Salman promised to inject investments exceeding 12 trillion riyals (3.2 trillion dollars) into the local economy until 2030, figures that did not appear despite the passage of more than five years since the launch of the vision, and he does not know exactly. their sources, nor how they were determined.

Even the tourism sector, which showed great interest in it through the NEOM project, faces many challenges that undermine the government’s expected number of attracting 50 million tourists annually to the Kingdom, preferring Saudi Arabia over other destinations, and at the forefront of these challenges comes the Kingdom’s religious position, which will not allow the legalization of nudity and alcohol, Also, halal tourism in which the Kingdom will face fierce competition from more and more diverse and cheaper tourist markets than the Kingdom as well, especially Malaysia and Turkey, and no Saudi official answered how to reach this huge number that will seize the fierce competitive global tourism market.

Prince Mohammed bin Salman stressed that the next stage includes the development of detailed investment plans for sectors, including industry, renewable energy, transport and logistics services, tourism, digital infrastructure, and health care. The rest of them are for implementation only 10 years, and the failure to prepare those plans so far is irrefutable evidence of the failure of the vision process.

Question: Do public investments compensate for the shortcomings of foreign and private investments? The “IHS” Market Research Corporation revealed that the Purchasing Managers’ Index, which monitors the performance of the non-oil private sector in Saudi Arabia, fell last December to the lowest reading in 9 months, and this came as a result of concerns about the “Omicron” mutator and its impact on demand Customers and corporate confidence, and thus the decline in private sector activity complements the decline in foreign direct investments to the Kingdom, to increase the challenges of the success of Vision 2030.

It seems that the obligatory path that the Kingdom will have to take during the coming period will be to pump huge government investments as a compensating measure for that. Indeed, the government has resorted to the Sovereign Wealth Fund, which announced that it has invested about 84 billion riyals ($22.4 billion) in the local economy in 2021, with expectations that It rises to 150 billion riyals ($40 billion) in 2022.

It is also expected that the size of the fund’s domestic portfolio will reach 3 trillion riyals by 2030, compared to 11 billion riyals in 2016. It is clear that these government entities will be increasingly relied upon to replace the investment of the central government, especially in light of the persistence of the public budget deficit even after the rise in prices petroleum.

Recently, the consulting company Capital Economics indicated that while the Saudi government expected to achieve a budget surplus in 2022, the real financial situation is overshadowed by the increasing dependence on the Public Investment Fund and other government agencies to stimulate it.

In general, Vision 2030 is an ambitious vision marred by a lot of unrealism and exaggeration in setting goals, as it is moving much slower than planned, and its focus on the recreational tourism sector is tainted by a lot of uncertainty, all of that, in addition to the reluctance of foreign investments, which constitute the cornerstone in financing vision projects.

Although government investments may partially offset this, the capacity and continuity are fraught with doubts.

The success of any economic vision requires solidarity between the government and society, as well as a lot of cooperation with friendly countries with deep experiences in various fields. It also requires starting from building industrial and agricultural production bases based on available local resources and from self-sufficiency requirements, all of which need a fee that is not Only rational economic plans, but also redraw the map of regional and international alliances.

These were the details of the news Do Saudi government investments help Vision 2030? for this day. We hope that we have succeeded by giving you the full details and information. To follow all our news, you can subscribe to the alerts system or to one of our different systems to provide you with all that is new.