Saudi Arabia is preparing to confront Oman and Japan in the... 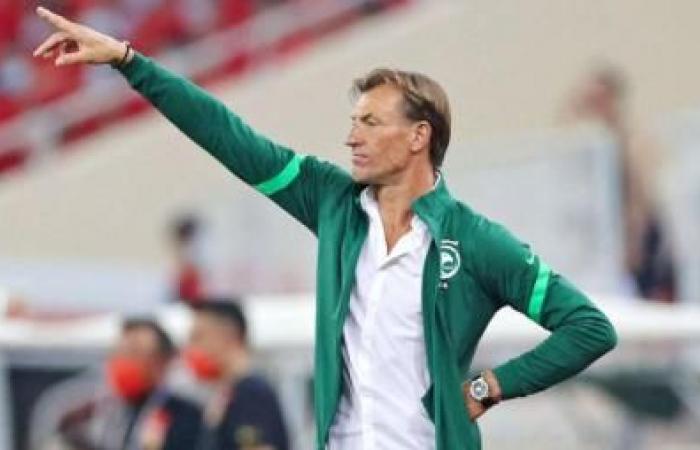 The French coach, Hervé Renard, called the Saudi national team 26 players to the “Al-Akhdar” squad that will face Oman and Japan, in the second group competitions in the decisive Asian qualifiers for the 2022 World Cup in Qatar.
The Saudi national team will face its Omani counterpart in January in Riyadh, before it is a guest of Japan on the first of next February.
Al-Akhdar leads the second group standings with 16 points from 6 matches, 4 points ahead of the second Japan (12 points), while Australia occupies third place with 11 points.
The Saudi national team squad included goalkeeper Mohammed Al Owais, Fawaz Al-Qarni, Mohammed Al-Rubaie, Ziyad Al-Bawardi.
In defense, Ziad Al-Sahafi, Abdul-Ilah Al-Omari, Sultan Al-Ghannam, Ahmed Sharahili, Ali Al-Bilahi, Yasser Al-Shahrani, Muhammad Al-Buraik, Saud Abdul Hamid, Miteb Al-Harbi.
As for the middle, it is composed of Abdul-Ilah Al-Maliki, Ali Al-Hassan, Muhammad Kanoo, Hattan Bahabri, Salman Al-Faraj, Abdul-Rahman Gharib, Salem Al-Dosari, Abdul-Rahman Al-Aboud, Sami Al-Najai.
In the attack, Khaled Al-Ghannam, Firas Al-Braikan, Saleh Al-Shehri, Fahd Al-Mawlid.
On the other hand, Dutch coach Bert van Marwijk of the UAE national football team announced yesterday, Monday, a squad of 27 players, in preparation for the matches of Syria and Iran in the first group competitions of the Asian qualifiers for the 2022 World Cup in Qatar, in the absence of his most prominent scorers Ali Mabkhout and Fabio Lima.
The UAE will meet Syria on January 27 in Dubai, before it is a guest of Iran on February 1.
Al-Abyad occupies third place in its group with 6 points, behind the leaders Iran (16 points) and South Korea (14).
The UAE national team will be deprived due to injury from the services of Mabkhout, the top scorer in the qualifiers with 14 goals, and Lima, the second scorer of “Al-White” with 5 goals, whose season ended after he suffered a rupture in the Achilles tendon during his team Al-Wasl’s match against Al-Ain on Saturday in the quarter-finals of the local cup competition.

These were the details of the news Saudi Arabia is preparing to confront Oman and Japan in the... for this day. We hope that we have succeeded by giving you the full details and information. To follow all our news, you can subscribe to the alerts system or to one of our different systems to provide you with all that is new.

PREV How digital boost for braille literacy is helping people with visual impairments across the Arab world
NEXT Who’s Who: Saudi exec Faisal Al-Zahrani wins new term as board member of international PR group