Terrorist acts increase our resolve to confront them 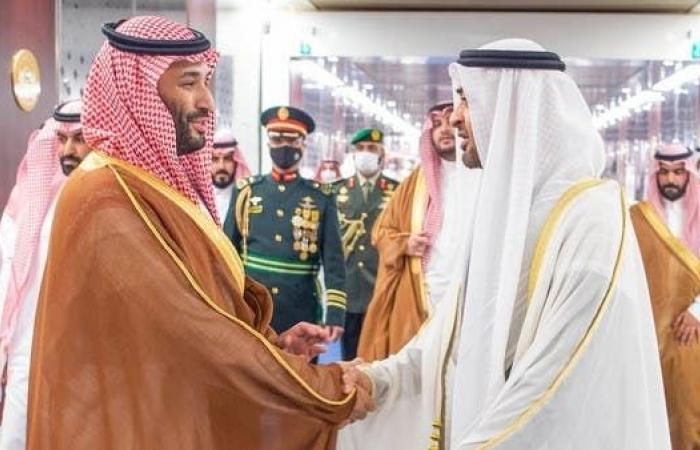 The two leaders affirmed that these terrorist acts that targeted Saudi Arabia and the UAE will increase the resolve of the two countries and their determination to continue to confront those aggressive terrorist acts carried out by the forces of evil and terrorism that have wreaked havoc in Yemen, killing the dear Yemeni people and continuing to spread their terrorist acts with the aim of destabilizing the region’s security and stability. Miserable and unsuccessful to spread chaos in the region, according to what was reported by the Saudi Press Agency, “SPA”.

They also stressed the need for the international community to stand up to these flagrant violations of international laws and norms and to reject and condemn these terrorist crimes that threaten regional and international peace and security.

During the call, they discussed regional affairs and issues of common interest.

For his part, Sheikh Mohammed bin Zayed Al Nahyan expressed his deep thanks and appreciation for the sincere feelings expressed by Prince Mohammed bin Salman bin Abdulaziz Al Saud, confirming the solid ties and the close bond between the two brotherly countries and peoples and their determination to confront the forces of evil and aggression.

For its part, the Houthi militia claimed responsibility for the terrorist attack, according to what the “Reuters” agency quoted a spokesman for.

These were the details of the news Terrorist acts increase our resolve to confront them for this day. We hope that we have succeeded by giving you the full details and information. To follow all our news, you can subscribe to the alerts system or to one of our different systems to provide you with all that is new.