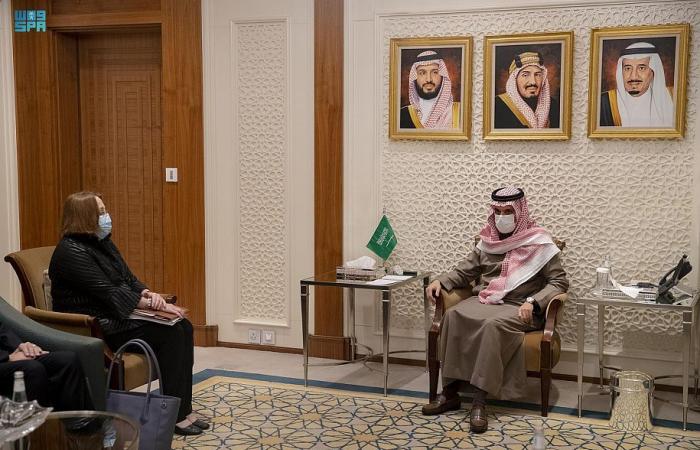 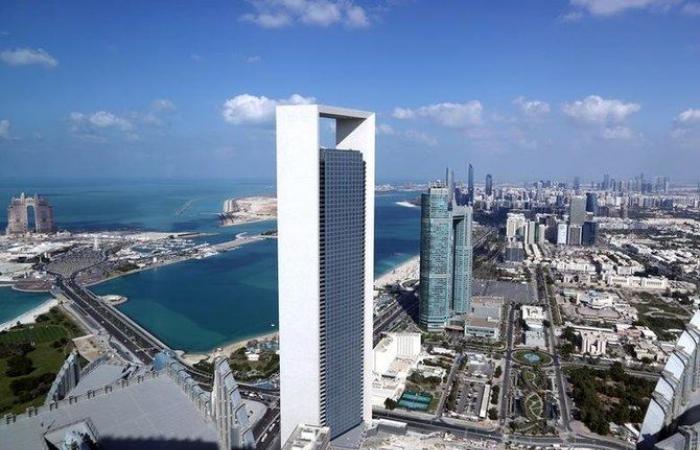 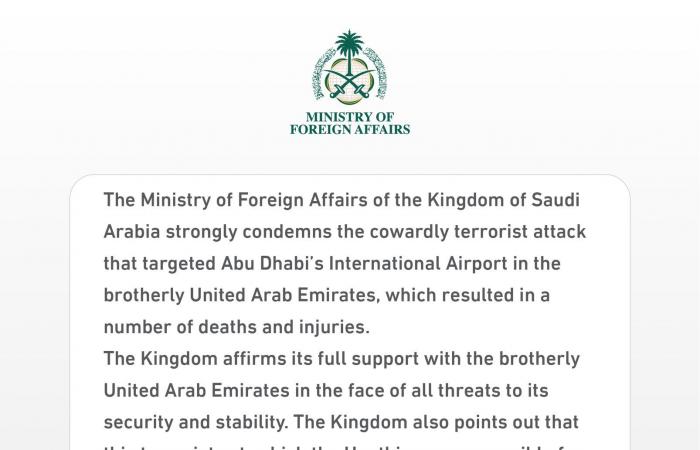 The Kingdom affirmed its full support for the UAE in the face of all threats to its security and stability.

Three people – one Pakistani and two Indian - were killed and six others injured after three fuel tankers exploded in the industrial area of Musaffah ICAD 3 near an ADNOC storage unit in Abu Dhabi. Click here for more.

A Saudi foreign ministry statement said that this terrorist act, which the Houthis are responsible for, “reaffirms the danger of this terrorist group and its threat to security, peace, and stability in the region and the world.”

The Kingdom stressed that it continues to confront all Houthi terrorist attempts and practices through its leadership of the Coalition to Restore Legitimacy in Yemen.

The Kingdom offered its sincere condolences and sympathy to the families of the victims and to the government and people of the UAE, wishing a speedy recovery to all those injured in the attack.

Sheikh Abdullah bin Zayed Al-Nahyan stressed that the attack would not go unpunished.

The foreign ministry described the attack “as a heinous crime committed by the Houthi militia” that goes against international and humanitarian law.

The ministry said that the militia continues its crimes unchecked in an effort to spread terrorism and chaos in the region in order to achieve its illegal aims and objectives.

It called on the international community to condemn and completely reject these terrorist acts that target civilians and civilian facilities.

The ministry expressed its sincere condolences to the families of those who died in the attack and wished the injured a speedy recovery.

Earlier on Monday, Anwar Gargash, diplomatic adviser to the UAE President, said the concerned authorities in the UAE are dealing with the “Houthi aggression” on civilian facilities in Abu Dhabi transparently and responsibly.

The militia’s violation of the region’s stability is too weak to affect the security and safety of the UAE, he added.

“The fate of this thoughtlessness and reckless foolishness is demise and defeat,” Gargash said.

Bahrain’s foreign ministry also condemned the attack and said that the “cowardly terrorist attack, which resulted in the death of three civilians and the injury of others, violates international humanitarian law and all other international laws.”

The attack “constitutes a blatant attack on the sovereignty of the UAE, reflecting the insistence of the terrorist Houthi militia to continue their cowardly criminal attacks,” the ministry said.

The ministry called upon the international community to take “necessary steps against the militia, whose hostile acts confirm that they are a terrorist organisation that poses a serious threat to the stability and security of the region.”

Kuwait also condemned the attack and the targeting of civilian areas in the UAE by the Houthi militia.

The country’s foreign ministry said the militia’s continued targeting of civilians and civilian areas and their insistence on violating international law confirms the danger of their behavior and the need for the international community to put an end to it.

The ministry said it supports any steps taken by the UAE to protect its security and stability.

Qatar expressed its strong condemnation and denunciation of the attack and said it considered the targeting of civilian establishments and vital facilities as a terrorist act that violates all international norms and laws.

The UN’s Secretary-General condemned the Houthi attack and urged all parties to exercise maximum restraint.

“The Secretary-General calls on all parties to exercise maximum restraint and prevent any escalation amidst heightened tensions in the region. There are no military solutions to the conflict in Yemen,” Dujarric added.

Yemen’s foreign ministry said the attack shows the frustration felt by the militia after their recent losses in Shabwa, which was completely reclaimed from them last week, and the oil-rich province of Marib.

The ministry renewed its support for the Kingdom and the UAE and any measures taken by the countries to “confront these despicable terrorist acts, preserve the safety of their citizens and residents on their lands, and protect vital facilities.”

The Organization of Islamic Cooperation strongly condemned the terrorist attack and said it stands in solidarity with the UAE and supports any steps that the country takes to protect its safety.

Jordan’s foreign ministry said the country condemned “this cowardly terrorist attack” and stressed its absolute solidarity with the UAE.

“The security of the UAE is an integral part of Jordan’s security,” the ministry said.

It extended condolences to the families of the victims, and wished the injured a speedy recovery.

The European Union condemned the attack and said targeting civilians is “unacceptable.”

The Houthi attack increases the risk of escalating the conflict in Yemen and undermines efforts to end the war there, the EU said.

These were the details of the news Saudi FM discusses Africa’s security with US officials for this day. We hope that we have succeeded by giving you the full details and information. To follow all our news, you can subscribe to the alerts system or to one of our different systems to provide you with all that is new. 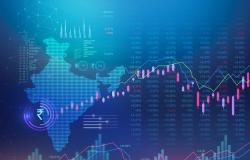 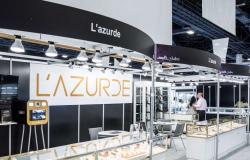 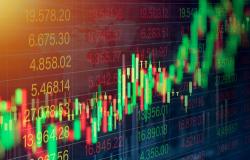 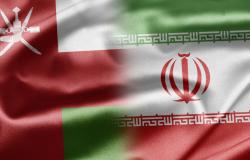