Media: Violent raids of the Arab coalition target the northern side... 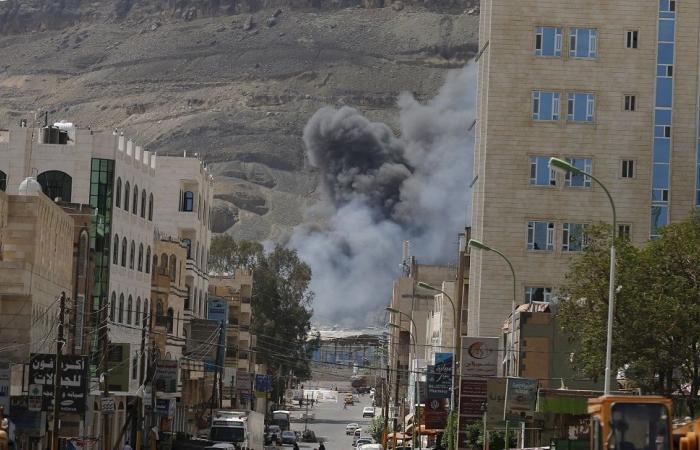 Yemeni local media reported that violent explosions took place as a result of raids launched by the Arab coalition led by Saudi Arabia on the northern side of the Yemeni capital, Sanaa, at dawn today, Friday.

He also published pictures of the effects of destruction as a result of the raids on hospitals and schools in the Al-Zubayri neighborhood in the center of the capital, Sana’a

A Yemeni medical source told Al-Masirah that the coalition raids near Al-Alia Hospital in Sanaa led to the hospital being out of service.

In addition, the coalition raids targeted Al-Thawra Sports Stadium on the pretext that the stadium contains stores and weapons, which Yemeni sources denied and said that there are no weapons hidden inside.

These were the details of the news Media: Violent raids of the Arab coalition target the northern side... for this day. We hope that we have succeeded by giving you the full details and information. To follow all our news, you can subscribe to the alerts system or to one of our different systems to provide you with all that is new.