A video that embodies the honor of parents.. A young man... 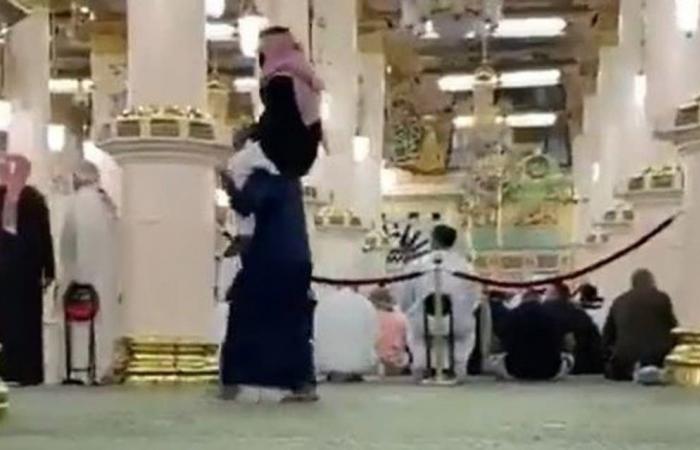 A scene of a young man carrying his father on his shoulders in the Prophet’s Mosque embodied the admiration of followers on social media, praising the young man and his love for his father and his righteousness.

The young man appeared carrying his father on his shoulders inside the corridors of the Prophet’s Mosque, and the circulating video showed a spontaneous scene of an image of true loyalty to the father, while social media activists wrote the most wonderful phrases in honoring parents.

For his part, the legal researcher and advisor, Ziyad Al-Qurashi, praised the circulating video clip, which shows honoring the parents of a son carrying his father on his shoulders to lead him to pray in the Prophet’s Mosque.

And the Al-Arabiya.net website quoted Al-Qurashi as saying: “This is who returned some of the favor to them as a reward for what they have done. They suffer from weakness, sickness, etc., so honoring one’s parents is one of the greatest reasons for entering Paradise.”

These were the details of the news A video that embodies the honor of parents.. A young man... for this day. We hope that we have succeeded by giving you the full details and information. To follow all our news, you can subscribe to the alerts system or to one of our different systems to provide you with all that is new.