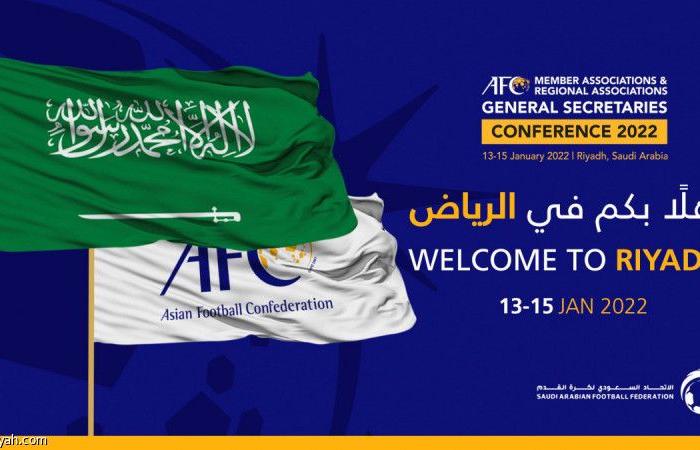 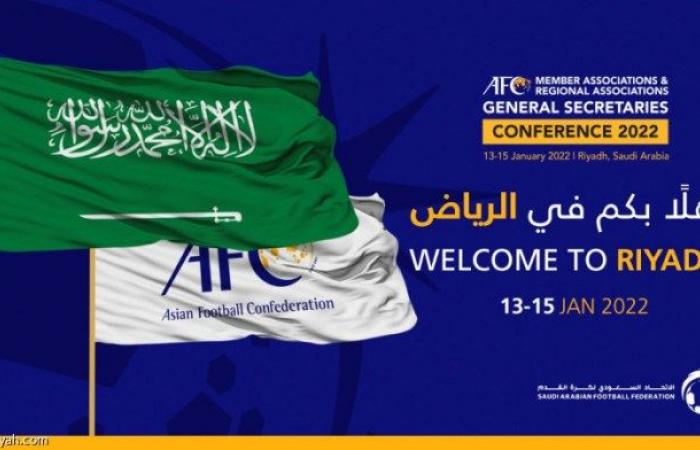 From January 13-15, Saudi Arabia will host the general secretaries-general of the local and regional federations, on the sidelines of the Spanish Super Cup hosted by Riyadh.
This is the first time that the conference has been held outside Kuala Lumpur, the Malaysian capital, the headquarters of the Asian Football Confederation, which witnesses the participation of a number of the best football experts in Asia and the world.
For his part, Ibrahim Al-Qassem, Secretary-General of the Saudi Football Association, confirmed that Saudi Arabia’s hosting of the 2022 Conference of General Secretaries of Local and Regional Federations reflects the position that Saudi Arabia has reached at the level of hosting the largest sporting events in recent years.
Al-Qasim appreciated the great interest of the wise leadership in the sports sector in general and football in particular, which resulted in hosting such major sporting events.
The Secretary-General of the Saudi Federation thanked Prince Abdulaziz Al-Faisal, Minister of Sports, for the great effort and support in harnessing all possibilities to advance Saudi football so that the Kingdom becomes a global destination for hosting various sporting events regionally and globally.
Al-Qasim pointed out that Yasser Al-Mashal, president of the Saudi Football Association, directed to harness all possibilities to host the conference and show it in a way that reflects the image of Saudi Arabia, similar to all recent sporting events that have caused a wide global resonance.

These were the details of the news Saudi Arabia hosts the Asian Federation Board of Trustees Conference for this day. We hope that we have succeeded by giving you the full details and information. To follow all our news, you can subscribe to the alerts system or to one of our different systems to provide you with all that is new.

PREV How Saudi Arabia can become the vanguard of sustainable tourism
NEXT Eid Al-Fitr to begin on Monday: Saudi Supreme Court